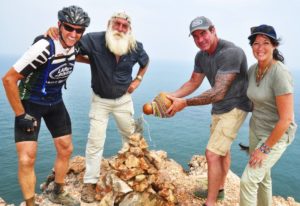 Well-known KwaZulu-Natal conservationist Sheelagh Antrobus has just been accepted as a Fellow of the prestigious Royal Geographical Society, the professional body that advances geography and supports related fields of interest across the globe.

Antrobus, the founder of conservation organisation Project Rhino, is one of the integral members of the Kingsley Holgate Foundation expedition team, which specialises in using geographic adventures to conduct humanitarian work and raise awareness about Africa’s endangered wildlife.

This South Africa-based Foundation now boasts four Fellows of the Royal Geographical Society (RGS), including Ross Holgate, who heads up the Foundation, Mike Nixon, the celebrated mountain biker who cycles the expeditions, and the legendary adventurer and humanitarian himself, Kingsley Holgate.

Over the past three years, Sheelagh has been part of the team that completed three world first expeditions in their Land Rover Discoverys. In 2017, they reached Africa’s most easterly point in Somalia on the Horn of Africa; in 2018, a transcontinental journey took them from Cape Town to Kathmandu in Nepal and onto India; more recently in 2019, their east-to-west Zambezi to Congo expedition included helping the Doctors for Life volunteer medical team to conduct life-changing eye operations. Intrinsically embedded into all their expeditions, which continue to be supported by Land Rover, is communicating the urgent need to conserve Africa’s wildlife and in particular, the rhino. 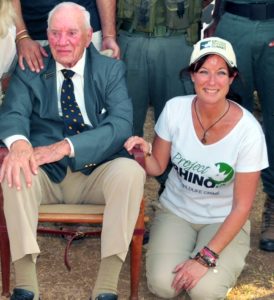 Antrobus’s love for wildlife led her to set up the award-winning, aerial anti-poaching unit, the Zululand Anti-Poaching Wing (ZAP-Wing) that supports more than 20 game reserves collectively holding the second-largest remaining population of rhinos left in the world. In 2016 she received the prestigious Rhino Conservation Award from the Game Rangers Association of Africa. She is one of the founders of Rhino and Elephant Art, a youth conservation programme that uses educational school lessons and community football matches to engender a passion for wildlife amongst young people, as well as the World Youth Wildlife Summit series, which works towards building a new generation of conservation leaders across Africa and the world.

“Through these Land Rover Discovery expeditions we have traversed Africa and beyond, visiting more than 25 countries in the past three years,” says Antrobus. “We have been very blessed to have such incredible opportunities to go to places where few “outsiders” venture in our modern world. While doing our humanitarian and conservation work, we see some incredible sights, meet extraordinary people from many cultures, and are able to report back on some of the remotest and often forgotten locations in Africa.”

To be accepted as a Fellow of the 190-year-old Royal Geographical Society, a person must have sufficient involvement in geography or an allied subject through their training, profession, research and publications, or demonstrate expertise in related fields such as the environment, conservation and ecology. 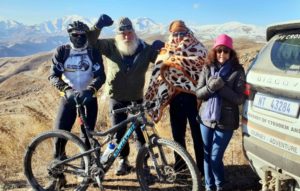 Speaking from Afrika House on the north coast of KwaZulu-Natal, an excited Antrobus said, “I am still pinching myself, this is a huge honour for me. It is quite incredible that there are now four of us in the Kingsley Holgate expedition team who are now Fellows of the RGS. Holding a Fellowship opens up many doors to network and share information, but it comes with some important responsibilities, such as continually enhancing geographical knowledge and understanding of related critical issues among the wider public. I say a heartfelt thank you to all the people in my life – family, friends, colleagues and associates – who have helped me get to where I am today, and I hope that this encourages other women to get out there and explore the amazing wild places of this beautiful continent, be courageous enough to follow their passion, whatever it may be, and stand up for a cause they feel strongly about.”

And plans for the foreseeable future? “Christmas with family, relaxing after a rather busy year, and planning for our next Land Rover geographic adventure in 2020, which will continue to focus on raising awareness of the crisis facing Africa’s endangered wildlife, particularly the rhino, alongside our humanitarian endeavours.”