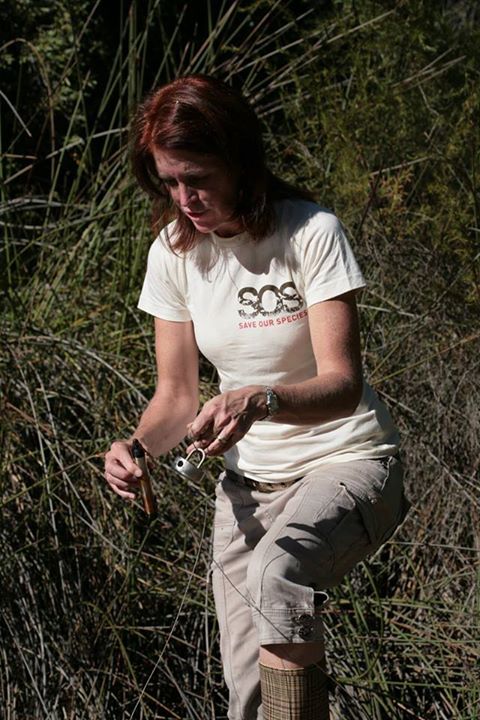 Meet a mother of two, a manager of many and a researcher of ecology-Christy Bragg. Christy is a Programme Manager for the Endangered Wildlife Trust’s Drylands Conservation Programme and manages the Riverine Rabbit Project, the Karoo Riparian Ecosystem Restoration Project, the Karoo Stewardship Project and the Cape Critical Rivers Project. The Cape Critical Rivers project which she co-manages with Bridget Corrigan is the 2015 winner of the prestigious Mail & Guardian Greening the Future Award in the Biodiversity Stewardship category.

What a month for our women in conservation. The Endangered Wildlife Trust (EWT) consistently receives recognition for its outstanding conservation of species and ecosystems in southern Africa, through the research it conducts and the projects it implements to address threats to our most vulnerable species. This would not be possible without their women in conservation.

This National Women’s Month, the EWT is celebrating its ladies for being conservation champions of distinction.

“There is no better time than now to celebrate women who are making a difference in protecting our wildlife and natural resources for the present and future generations. This is an important opportunity to profile these amazing women who are passionate about the environment and who work tirelessly to actively conserve the environment,” said Yolan Friedmann, CEO of EWT.

Many people are not aware of the many faceted roles that women play in the conservation space. This Women’s Month the EWT is highlighting the varied roles of women in nature conservation and demonstrating the importance of conservation as seen through the eyes of women. The EWT ladies will engage with South Africans through social media and broadcast channels to empower them to care for nature, save species and protect important habitats. These women have done exceptional on the ground conservation work to save threatened and endangered species in South Africa for the benefit of all.

“The EWT ladies will introduce their varied roles in conservation, share the exciting and fun part of conservation and will talk about the important role conservation plays in our everyday lives,” added Friedmann. Ursula Franke is an M.Sc. graduate with a passion for nature conservation. She’s a Senior Field Officer at the Endangered Wildlife Trust’s African Crane Conservation Programme. Her project is based on the Highveld and it focuses on the conservation of all three of South Africa’s crane species and their wetland habitats. The project also aims to assist local communities and landowners with the management of their land through using cranes as flagship species for grass and wetlands.

Whether it’s fresh water, marine, urban, species conservation, or general nature conservation there are women championing the cause throughout the sector. Women in this sector implement conservation activities, formulate conservation strategies and take part in field work. They also conduct research, write scientific papers, including general articles and have to be able to present their work to varied audiences.

Some of the ladies actively work with law enforcement officials and law enforcement authorities to combat the poaching of wildlife. They work hard to secure private land for conservation and they empower communities, individuals and organisations to implement conservation activities. An important aspect of their work includes reaching out to members of the public and schools to promote environmental education and awareness.

The rediscovery of the Critically Endangered Amathole toad in 2011 was made by the EWT’s Dr Jeanne Tarrant – some 13 years after it was last seen. Jeanne was also instrumental in introducing an annual national awareness campaign – Leap day for Frogs – to raise the public profile of frogs.

The first woman ever to receive a PhD on African Wild Dogs is Dr Harriet Davis-Mostert, the EWT’s Head of Conservation. Karen Allen, who manages the EWT’s Source to Sea Programme Dugong Project, is the only woman to have been awarded the Global 2015 Future for Nature Award for the work on the Critically Endangered Indian Ocean Dugong. 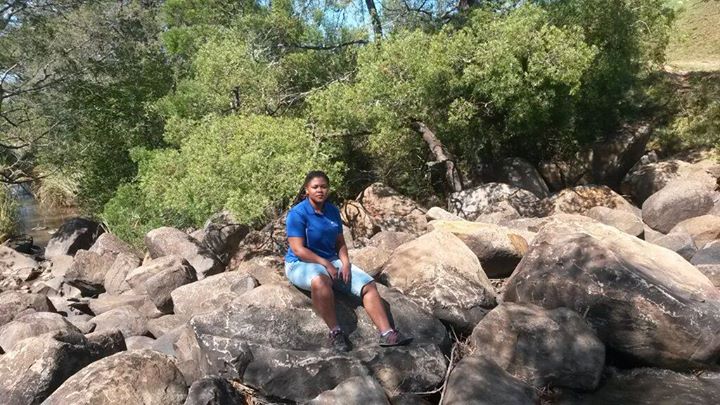 Asiphe Sahula was born and raised in the Eastern Cape in Mthatha, she enjoys being outdoors and appreciates the beautiful scenery of nature. She is currently a field intern at the Endangered Wildlife Trust’s Source to Sea Programme. She works on various projects in freshwater and marine conservation including the Orange-Senqu basin project in the Northern Cape Province and the Amathole Freshwater Species Conservation project in the Eastern Cape Province.

Kerryn Morrison, the EWT’s African Cranes Conservation Programme Manager has lobbied for much tighter legislation around the international trade in cranes in the USA, China and Europe. Due to her efforts the trade in Grey Crowned Cranes was suspended in Rwanda, Tanzania and Uganda. Trade in Black Crowned Cranes was also suspended in South Sudan, Guinea and Nigeria.

The EWT has been successful in expanding habitat for two of South Africa’s most threatened carnivores, Cheetahs and Wild Dogs through its Carnivore Conservation Programme and has pioneered the first initiative in Africa to encourage businesses to mainstream biodiversity into their operations through the National Business and Biodiversity Network.

Over 60% of the EWT staff are women. They are seasoned experts from conservation scientists, to programme managers, field managers, field officers and volunteers. The EWT also cares about the development of future women conservationists and empowers young women through the training and mentoring of interns.