The evidence is clear: if we don’t factor land use considerations into near-term planning the land may well be of no use to anyone in the long term. 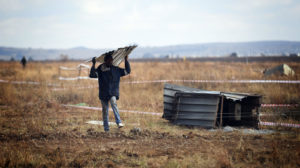 With pressure building on politicians to make good on the largely unimplemented land reform process linked to the increasingly urgent need to address inequality and unemployment, the debate on expropriation without compensation has been foremost in the minds of many. In contrast, climate change continues to play second fiddle to economic and political issues and, when mentioned in the news cycle, tends to centre on repeated droughts and water crises or talk about nebulous or looming future impacts that are hard to consider when dealing with the fraught present.

However, to make progress on the largely unimplemented land reform process, parliamentarians must take on board the Presidential Panel’s recommendation that “land reform must contribute towards the achievement of a ‘just transition’ to a low-carbon and climate-resilient economy, by promoting sustainable land-use practices in ways that create jobs and livelihoods as well as responding to climate variability”.

The issues of land use and climate change are intricately entwined, which is why the newly released Intergovernmental Panel on Climate Change’s special report on Climate Change and Land should be required reading for anyone concerned about the land debate.