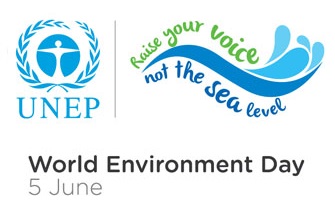 The growing environmental impact landfill sites have in South Africa needs to be addressed and every citizen can help reduce their waste footprint.

World Environment Day (WED) is the United Nation’s (UN) vehicle to promote the importance of looking after the environment. This annually takes place on 05 June. The Institute of Waste Management of Southern Africa (IWMSA) supports the views of the UN and its plight to reduce factors contributing to climate change.

This year’s theme for WED is Small Island Developing States and the growing impact climate change has on the world’s islands. In a statement by the UN Secretary-General, Mr Ban Ki-moon, he mentions that all countries are urged to do their part in setting the planet on a sustainable path and to address climate change.

The most recent National Waste Information Baseline Report indicates that South Africa generated approximately 108 million tonnes of waste in 2011, where 98 million tonnes were disposed of at landfills. Only 10% of all waste generated was recycled during that year.

According to Dr Suzan Oelofse, President of the IWMSA, landfill gas is a general term that describes the gas produced during the microbial degradation of organic waste in a landfill. Landfills are among the biggest producers of methane, a gas which is 21 times worse than carbon dioxide in terms of its so-called greenhouse effect and is a contributing factor to climate change.

Landfill gas increasing problem that needs to be stopped

According to the Greenhouse Gas Inventory for South Africa, conducted from 2000 – 2010 and published in 2014, the total greenhouse gas emissions from solid waste disposal on land increased with 72.3% over a ten year period from 2000 to 2010.

“Although the use of biogas from landfills to produce electricity is a good alternative to methane emissions in the environment, it should not be used to advocate landfilling as the best waste treatment option, since the present day trend is towards waste minimisation rather than towards waste disposal,” explains Oelofse.

Organic waste is first responsibility -what happens to your food scraps?

“There are a number of ways citizens can proactively contribute to landfill waste minimisation.

World Environment Day (WED)  has oveer the years grown to be a broad, global platform for public outreach that is widely celebrated by stakeholders in over 100 countries.

It also serves as the ‘people’s day’ for doing something positive for the environment, galvanizing individual actions into a collective power that generates an exponential positive impact on the planet.

What will you be doing on that day? Take notes, take some pics or a clip and send over to ruben@thegreentimes.co.za