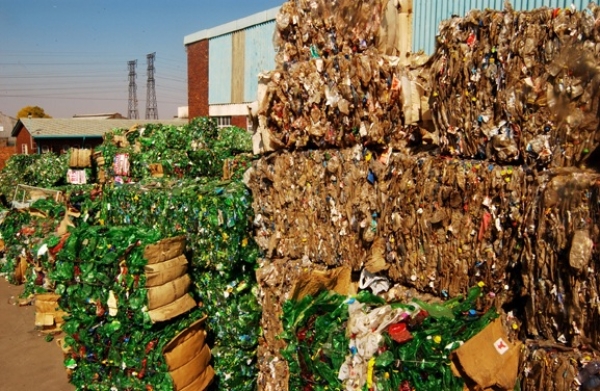 Plastics|SA, the umbrella body representing the local plastics industry (including polymer producers and importers, converters, machine suppliers and recyclers), has just released the latest plastics recycling figures for the past year (2012).

“The plastics chain in South Africa employs over 60 000 people and is defined as a priority sector by Government”, says Anton Hanekom, Executive Director of Plastics SA. “The plastics industry has a combined turnover of approximately R50 billion and a consumption rate of close to 1,370 million tons per annum. It therefore stands to reason that a major focus for us is ensuring that plastics are properly disposed of and recycled and that a viable recycling sector is established and supported,” Hanekom explains.

Over the last five years, Plastics|SA has been carefully measuring the recycling rate of plastics in South Africa. Although the last comprehensive and complete survey was done for 2009, the association has been releasing annual updates to measure the trends in recycling.

According to the latest survey, South Africa had more than 210 active plastic recyclers in operation during 2012. 19 recyclers who were recorded in 2011 were no longer operational, whilst 32 new recyclers had entered the recycling industry during the past year.

“We have seen that many waste management companies and collectors have streamlined their operations by vertically integrating with granulators and pelletising extruders, with, or without wash lines,” Hanekom says. 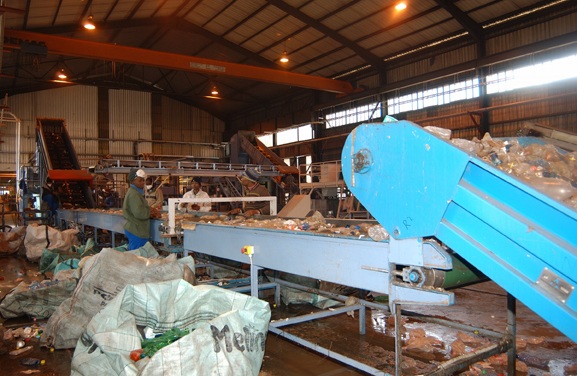 “We are very excited and motivated by these figures, as they show that the local plastics industry is robust and healthy despite worldwide economic pressures,” Hanekom says.  “However, even more encouraging and worth highlighting is the fact that the total tonnage of plastics waste diverted from landfill equates to 20.7 % of all plastics manufactured in 2012, and that the local recycling rate was 19.6% compared to international standards of 26.3 %”.

In an effort to address the problem of plastics packaging contributing to visible litter, the South African plastics industry participated with other packaging role players in submitting the Paper and Packaging Industry Waste Management Plan to the Department of Environmental Affairs in 2011.

This plan aimed at reducing the plastic waste in the environment. Although the plan is not yet approved, industry are implementing its elements and it is starting to bear fruit, as we were able to divert a total of 216 932 tons of plastics packaging waste from landfill in 2012,” Hanekom says. In total, 204 400 tons of packaging were recycled in 2012, (a 8.5% increase from the previous year), while the export of plastics packaging waste also increased by more than 51% (from 8 294 tons in 2011 to 12 532 tons in 2012).

Despite these good recovery rates, the total amount of plastics packaging in the waste stream is still increasing. With Separation at Source projects developing in the major metropolitan areas, this target can be reached when domestic solid waste is accessed. If one million families each add one 1 litre yogurt tub every second week to their recyclable waste, the plastics packaging in the waste stream will start decreasing,” Hanekom says.

It is estimated that 44 100 informal jobs were created during 2012 in the collection of recycling. “These collectors collect all materials and are not only working with plastics,” Hanekom explains. It is estimated that each of these collectors handle on average 60 kg of plastics waste per day, with approximately 200 good collection days per annum.

Formal employment in plastics recycling, however, shrank to 5 047 formal jobs in 2012 (a 0.3 % drop since 2011). Of these, only 8.4% were contract workers who were involved in full time sorting incoming materials for the recyclers, usually on site. These workers are paid for their output rather than for the time spent on the job.

When comparing a plastics recycling operation with other plastics converting operations that do a similar tonnage per annum, the recent survey has shown that recyclers have higher operating costs with regards to water and electricity, wages, transport, and repairs and maintenance on plants and equipment.

Although the cost of electricity increased dramatically in the last 24 months, the portion of the overall operation costs stayed more or less the same thanks to considerable measures that were taken by recyclers to contain the energy costs in their factories.

Other challenges facing the industry

The European plastics industry stipulates that the maximum economic recycling rate for packaging is about 35 %. According to Hanekom, South Africa would be able to reach a 40% recycling rate with the following in place:

“The plastics industry will have to work together as one if it is to convince government, retail and the public that we mean business with recycling and are professional and credible in what we recycle. We are far ahead of Europe with the recycling of thin film and are developing a stronger, non-packaging recycling industry for the polyolefins,” Hanekom says.

However, one major area of concern for all recyclers is the availability of incoming recyclable waste. “Truckloads of baled material are shipped outside the country instead of us keeping our waste in our own country. This puts the jobs of waste pickers at ground level at risk, and they are left with no alternative but to consider alternative income generating activities such as fruit picking and fishing – especially in the Western Cape, whilst larger collectors have to look for markets elsewhere,” he says.

The South African plastics recycling industry is growing and new entrants are joining the industry on a monthly basis. However, it is only the long-standing recyclers that have the tenacity and stamina to continue year in and year out, with small increases in efficiencies, that grow the recycling tonnages in small increments.

“We are seeing an increasing amount of support for recycled plastic from retail and brand owners who are recognising the importance of including and using recycled content in their products. As a result they are now instructing their plastics product manufacturers to source recyclate”, Hanekom says, calling on plastics recyclers to start marketing themselves and their products in order to sell their products at market related prices.

“Recyclers are used to customers contacting them for material at a specific price. They are not used to hard selling their products or its advantages and this will need to change if they are to make the most of the positive environment that is encouraging more players to enter the market,” he says.

Alternative recycling methods, such as “creating energy from waste” and liquid fuels are currently being investigated for the development of operational plants. “Exciting and viable initiatives such as these will help us to grow the recycling rates to levels where zero plastic waste to landfill can become a reality”.