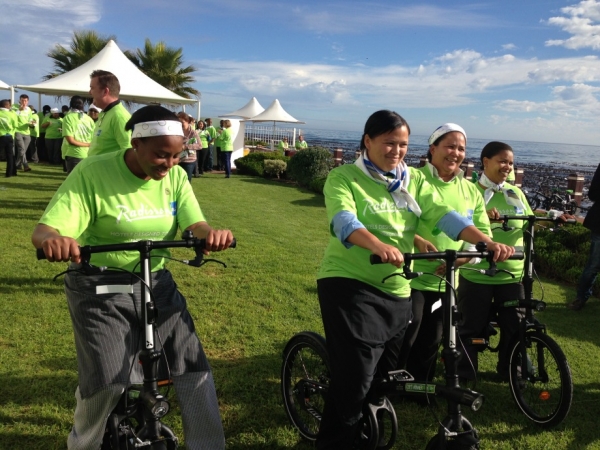 In the green world we might not often take the lead in this country. We are used to being a decade or two behind Europe often, yet in enthusiasm there is seldom a shortage. Our people can take information or knowledge and charge to the top in no time at all.

This week we had the constant deluge of hectic climate facts relieved by an outing that gave me hope. We were invited to attend a heart warming example of the magic mix of northern knowledge coupled with southern action translating into a world champion in the hotel industry.

The Radisson Blu Hotel at the Waterfront had a very special event to celebrate in their breathtaking setting. They managed to beat 430 hotels in 70 countries world-wide in the Redizor Hotel Group for vastly exceeding the targeted energy reduction set by the group. 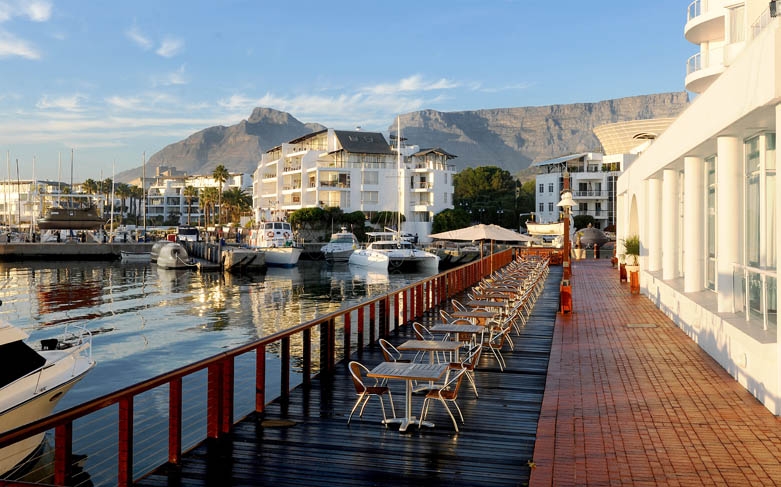 Locals obliterate the target by 23%

“Our staff qualified for the grand prize by completely obliterating the 5% target set for year one. They set a challenge to the other Hotels by achieving the highest overall reduction in energy – a remarkable 28% or 1 million kilowatt hours. This is equivalent to 20 000 LED bulbs lit for one year,” comments Michael Rathgeb, General Manager.

According to Inge Huijbrechts, Rezidor’s Vice President Responsible Business, this hotel group, with head office in Brussels, Belgium crafted their Environmental Policy many years ago. As one of the fastest growing hotel groups in the world the environmental imperative became crucial to drive aggressively so that they can keep showing beautiful parts of the world to their guests. “The rapid expansion of the Group’s operational footprint can only be considered a success if we can pro-actively reduce our carbon footprint and energy requirements at the same rate or faster.”

Using this ecological sensitivity as the guiding principle, the Rezidor Hotel Group launched the Think Planet initiative. The Group set themselves an ambitious goal of reducing their total energy consumption by 25% across their entire portfolio by 2016. 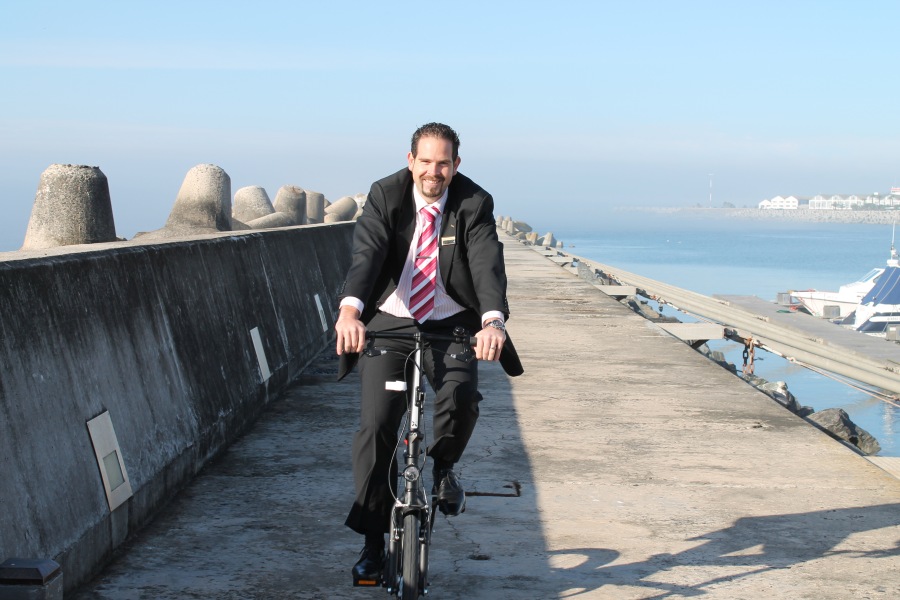 Stars on the ground

“I am very proud of how the whole Hotel championed this noble cause, and for the valuable part each staff member played in reducing overall energy consumption,” said Rathgeb. And this is how it happened that all 230 staff members received the grand prize of a brand new imported state-of-the-art Hoptown B-Twin foldable bicycle for their efforts.

We enjoyed chatting to a couple and finding out HOW they managed this achievement. See the clip with some of their stories:

It was great fun to see the joyful cycling on the deck next to the ocean, as staff took to their bicycles – some adept and others wobbly but determined to learn.  Those who cannot cycle will now receive lessons from the Bicycle Empowerment Network. These nifty and luxury bikes can fold up to be transported on public transport. I really look forward to witnessing the growing cycling culture in Cape Town.

Think Planet committee did the planning

How did this all start? A Think Planet committee was established within the hotel, which comprised of staff members from different departments and seniority levels. Headed by Chief Engineer, Alan Petersen, the committee played a crucial part in achieving the overall objective. They implemented initiatives which included the installation of LED lighting and lighting motion sensors, refurbishment of the HVAC system and cooling towers, and education of the guests and fellow staff members.

“A crucial factor in our Think Planet energy-saving initiative is staff engagement,” comments Huijbrechts. “We achieved this through the ‘Go for Gold’ bicycle incentive and with Lumi, the firefly, a clever little mascot that makes energy saving fun.”

“Globally we are faced with rising energy costs and government carbon taxation in an increasing number of countries. Think Planet focuses on key actions and energy-saving investments that will have the biggest impact in reducing our energy consumption. Moving forward, reducing our energy consumption will also contribute to maximizing our profits,” comments Wolfgang M. Neumann, Executive Vice President & Chief Operating Officer at Rezidor. 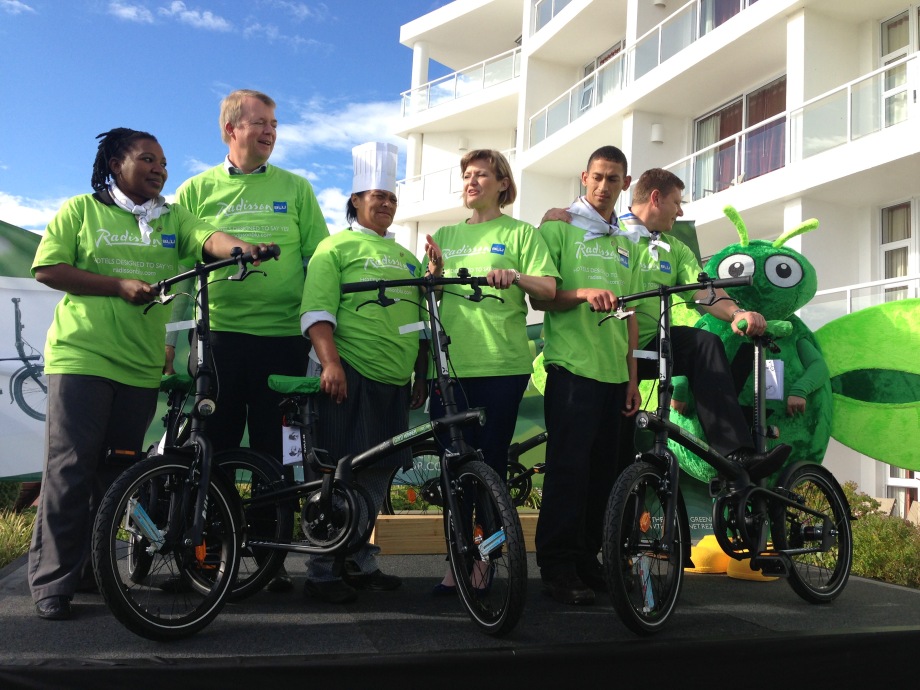