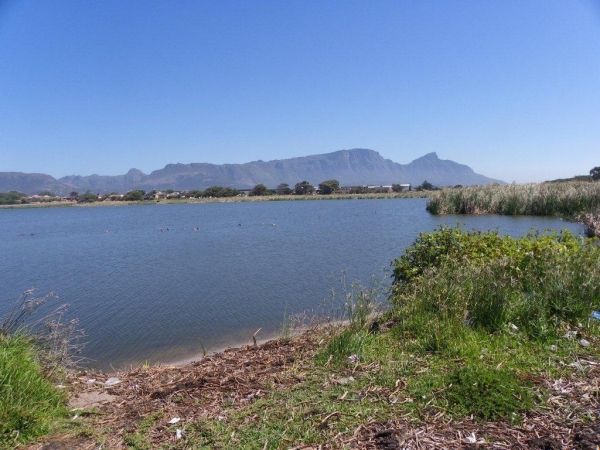 Table Mountain and Devils Peak form the backdrop to Princess Vlei on the Southern Cape Pensinsula.

Correcting the imbalances of the past is the core message arising from the Princess Vlei Controversy. “I tell you I will lie down in front of any bulldozer!” said a resident who has lived within the environs of Princess Vlei for more than 60 years.

This desperation was one of many equally urgent responses made at a meeting of the Princess Vlei Forum early in May in response to the threat of what is seen as inappropriate commercial development near the shores of Princess Vlei, a stretch of water set mid-way along the Cape Peninsula with an unobstructed line to the Table Mountain range. The view of the sunset from here is one of the best on the Cape Peninsula. It is little wonder that the Vlei is known as the jewel of the Peninsula by the locals.

People in the vicinity feel betrayed and angry. For long enough their needs have not been met and at no time have they been surveyed to establish what form of development is needed.

But meanwhile, as authorities make high-handed decisions behind closed doors and resistance grows there is an alternative plan. “Dressing the Princess”, a public-private partnership, involving community, SANBI, City and Adopt a School programme has been rehabilitating the Plain Sand Fynbos near the shores of the Vlei for the past three years. The project is spearheaded by Mr Kelvin Cochrane who has lived on the Vlei for more than 35 years.

A time for dignity

“A double volume mall, a car park for close on 600 cars, plus a taxi rank, all of which will cover 9000 sq metres close to the Vlei is unacceptable to a people who have been marginalised historically. It is time to restore dignity to the Princess and to the people who enjoy what she offers,” says Cochrane. “Adjacent to the car park and recently upgraded toilet facilities we have planned a braai area and to the east close to the M5 there will be a craft market. The children’s playground will extend to accommodate a concert area for the under 18s. From the overnight Khoisan Village a path leads to a bridge across the outlet canal of the Vlei and on to a grassed and treed amphitheatre.”

Many years ago the M5 made access to the Vlei difficult and dangerous to pedestrians but Cochrane’s eyes light up when he speaks of two pedestrian ecoducts that will span the highway from Grassy Park across to the Vlei.

“These are bridges lined with indigenous vegetation,” he explains. A cycling, jogging and walking path of eight kilometres will encircle the Vlei. On the western shore, picnic sites will be sponsored by local business, and on the eastern shore there is an area designated for recreational fishing.

Cochrane has no doubt that these alternative plans will revitalise the entire area, in a way that would be impossible if a mall was built. “The inequalities of the past have prevailed for too long on the Cape Flats. I see Grassy Park becoming the wetlands capital of the City – a tourist destination to match the wine routes. Imagine all the vleis in this area linked by a walkway or easy road access,” Cochrane says excitedly. “Already we have an idea for a hiking trail from the Vlei to the Elephant’s Eye Caveon the Constantiaberg, which used to be known as Prinseskasteel, for it was there that the legendary Princess once lived, coming down to the Vlei to bathe.”

“Most importantly there will be a Memorial and Environmental Hall where the history of the Cape Flats will be recorded, in particular the legend of the Princess and the Khoisan occupancy of this area, and where information on the local flora and fauna will be accessible. As an educational facility the Vlei has huge potential,” says Cochrane.

“Princess Vlei has always been a place where families gather to relax, bond and enjoy the beauty and splendour of a water space where the bird life with its joyful sounds soothe the sometimes angry inner soul. 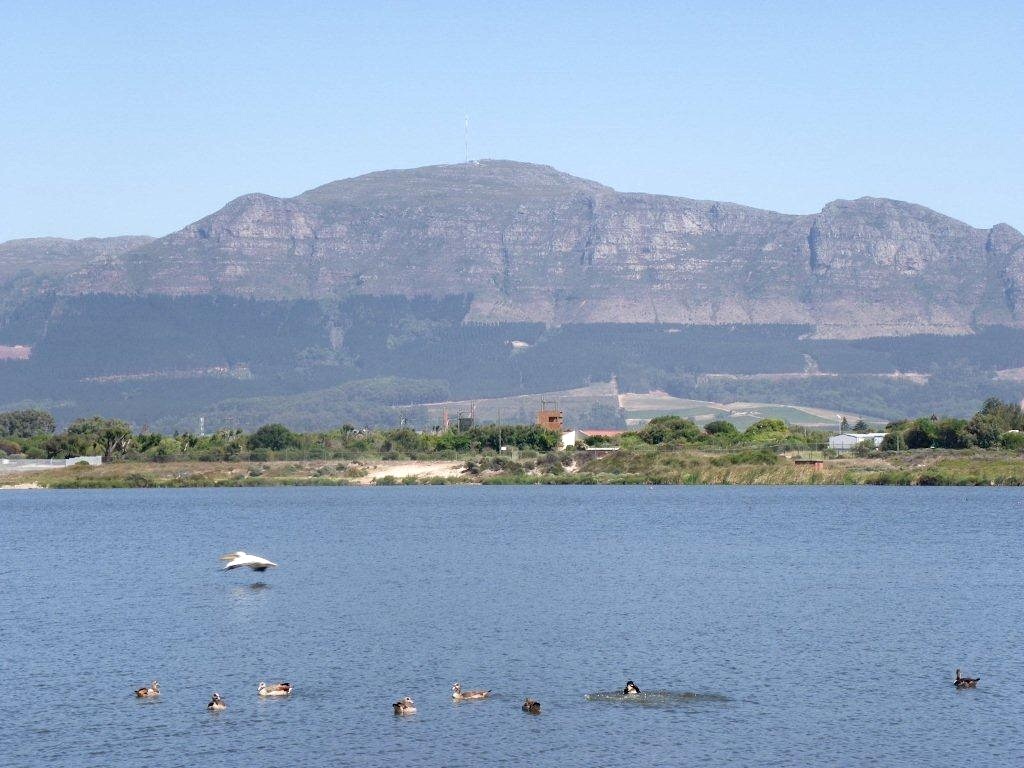 Spectacular views and abundant bird life at Princess Vlei on the Southern Cape Peninsula underline the importance of careful planning.

“With our city becoming more congested, the people of Grassy Park, Retreat, Parkwood Estate and Lavender Hill find solace in this green lung where we can escape the noise and air pollution and renew our energy. This open space, where we can braai, practice our golf putting and enjoy recreational fishing will be denied to us if an inappropriate development is allowed.

“This is the place where we recall the injustice to a Khoisan princess, reminding us of our ancestry, which is being obliterated by what is called “development”. A shopping mall on the vlei will be an insult to that memory. A shopping mall at our vlei will mean the alienation of the land of our forefathers and will be nothing more than a gross insult to the cultural and environmental heritage of the first nation people. It will be a perpetuation of deculturalisation which distorts who we are; and that loss of identity leads to an environment of conflict which we cannot afford as a nation.”

This is not just a matter of concern for the immediate community. “People from across the Flats are saying in a clear voice that we do not want this shopping mall. Our existing business nodes are already suffering and the proposed mall will add to job losses and economic disempowerment of local business people. We urge communities to stand side by side in rejecting this development because it is the right thing to do,” says Bam.

Listening to Cochrane and Bam it feels that if handled wisely the neglect of the Vlei and its surrounds by Local and Provincial governments during both the Apartheid and post- Apartheid eras could now act in favour of this area that grew out of the Group Areas Act. Ironically, it is this very neglect that has resulted in a healthy freedom from late twerehabntieth century development – much of which is unsustainable, such as malls, high rise buildings and chain stores. A number of commercial corridors serve the communities with people-sized shops. It would be in the best interest of everyone if these shops were to be rehabilitated not disempowered.

As Dr EF Schumacher the great twentieth century economist once said “Small is Beautiful”. The Vlei and its banks is still an open space and, like the shops, it is well-used but all would agree a face-lift is required. This is the way to empower a people, not by surrounding them with alien structures.

However, myopic politicians see this lack of development as a place ripe for crass commercial opportunities. They seem unaware of studies indicating that community is best served by open space, clean air and local shops and meeting places. Instead they are considering rezoning the area around the vlei from Public Open Space to Commercial, knowing the next step will be a shopping mall. (There are already four malls within easy driving/taxi distance.)

Not only would a double volume mall be an eyesore, but the ecosystem services of the vlei and its streams would be compromised. This is serious as the Vlei is the gateway to the chain of wetlands lying to the East. 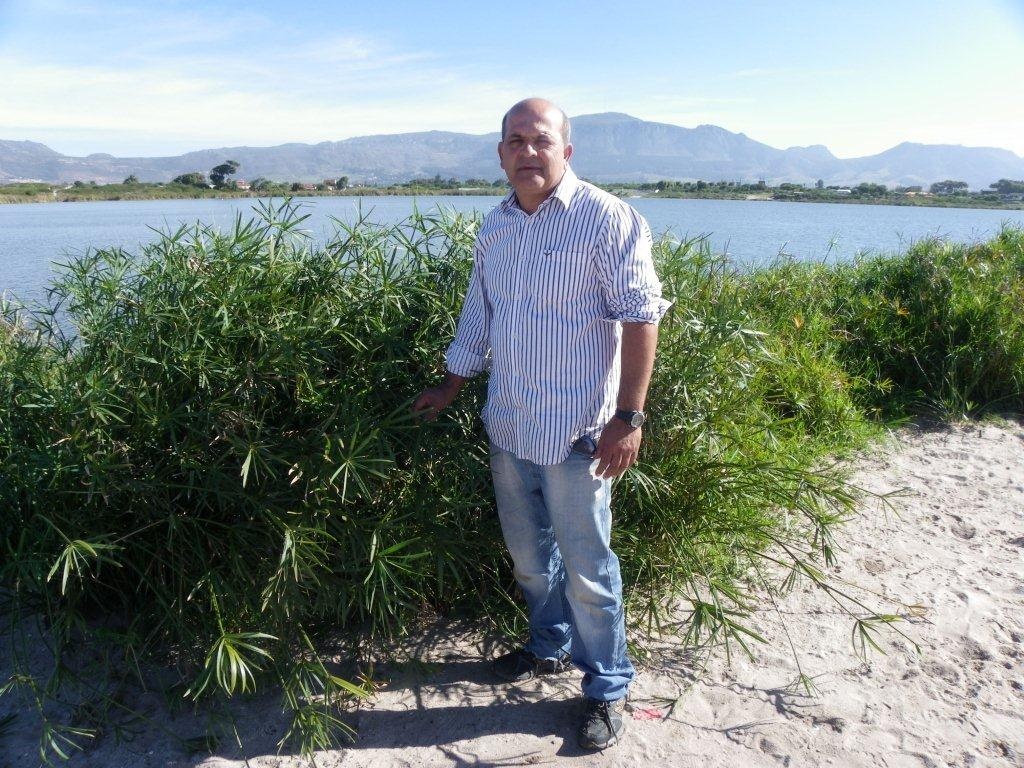 Mr Kelvin Cochrane, seen here on the shores of his beloved Princess Vlei, has a vision for the future of the area.

The Princess Vlei Forum, which comprises citizens in their private capacity as well as representation from many organisations supports Cochrane’s plans and is currently raising awareness about the proposed mall, which will affect not only locals, and the whole community of the Peninsula, but also tourism in general. A guiding hand within the Forum is the Greater Cape Town Civic Alliance which has been collating material and facts around this issue for more than a decade.

Dr Graham Noble, Executive Member of the Alliance explains: “In 1998 Insight Developers applied to the South Peninsula Municipality to buy part of the Public Open Space between the Vlei and Prince George Drive. In 2006 Environmental Authorisation was given and in 2008, rezoning and subdivision.

Noble went on to explain developments since 2011, when the developer appealed against the delay in the City considering his application to extend the validity of the rezoning. “To our great relief, in September last year the City recommended against permission for a shopping centre. But early in 2012 MEC (W Cape Provincial Govt) Anton Bredell reversed the recommendation and approved extension of the planning permissions. He refused to meet stakeholders and said if they did not like his ruling they would have to take the matter to the High Court.”

The Princess Vlei Forum hopes this matter does not proceed that way; however they are receiving legal advice and drawing up all necessary documentation.

Flying in the face of environmental policies

Mr Patrick Dowling, Western Cape Regional Head of Education at WESSA (Wildlife and Environmental Society of South Africa) who has supported community efforts to rehabilitate the area around the Vlei, said in a 2003 response to the scoping report that the development proposal flew in the face of the City’s own planning, open space and environment policies. He added that it would amount to the privatising of a public asset. What was needed he said was exemplary action by the City to rehabilitate areas like this; not using degradation as an excuse for more unsustainable development.

“This kind of growth costs more than it is worth,” he said, “and does not meet needs and desirability criteria in WESSA’s view.”

Because of the Khoisan legend, Dowling says “The National Heritage Resources Act should be invoked to help assure the position of Princess Vlei in the cultural landscape.”

It is felt that Bredell confused community with commerce when he wrote in a letter to The Greater Cape Town Civic Alliance “the proposed shopping centre is clearly in the interests of the local community.”

David Hockney RA, contemporary British artist well-known for his Nature paintings said, “When there is any threat to our landscape, we should all stop being so polite; stand up and speak out more.”

With thanks from Mea Lashbrooke of Bergvliet, as spokesperson for Princess Vlei Forum.