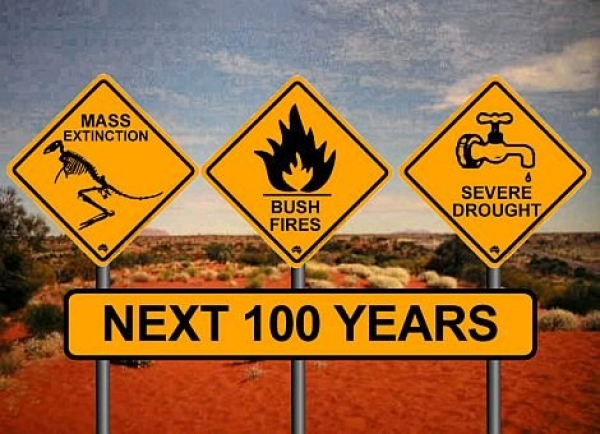 How aware, concerned and active are South Africans about climate change and how does this compare to Europeans and Americans? Who is the good, the bad and the ugly in this unfolding story?

According to the World Health Organisation (WHO), climate change takes 150 000 casualties every year and will flood around 100 million people by the end of the century. What’s more though, many prominent scientists, including the late Frank Fenner who helped eradicate smallpox, believe that the entire human population (circa 7 billion) could eventually be wiped out lest the entire human population begin actively addressing the giant proverbial elephant in the room of our existence.

Few will argue that the EU is the most environmentally conscious region in the world, and it seems that they have the statistics to back them up. According to the study by the European Commission 89% consider climate change as either a very serious or serious problem, with 68% believing the former. 51% consider climate change as either the biggest or one of the biggest problems in the world, which is 6% more than those who felt that the economic situation is the biggest problem.

Furthermore 53% of the participants claimed that they had taken action to combat climate change in the last 6 months, with 66% stating that they reduce and recycle waste. Almost nine out of 10 (88%) expect that in 2050 Europe will use more renewable energy.  78% agreed that fighting climate change and improving energy efficiency can boost the EU economy and jobs and 68% support basing taxation to a greater extent on energy use.

United States is the only country among the top five emitters not to ratify the Kyoto protocol, which sets obligations on industrialized countries to reduce emissions of greenhouse gases. Recent Gallup surveys suggest that almost all U.S. citizens aged 15 and older are aware of climate change, yet 35% do not believe climate change is a serious personal threat. This indicates that the United States is similar to Russia and China, where more than one-third of the population is aware of climate change, but does not see it as posing a threat.

According to the Americans’ Actions to Limit Global Warming report conducted by Yale University and George Mason University, only 18% of the population believes that the president and congress should make global warming a very high priority, while 70% of America believes climate change is happening. With regards to action: a mere 15% have volunteered or donated money to an organization working to fight climate change. While only about one in ten (12%) have contacted a government official pertaining this issue.

These statistics may seem satisfactory, but are they really? No! The U.S.A influences and at times even controls the cognition of some western individuals. And therefore it must be said that if this seems to be their attitude towards climate change then we ought to start seeking other sources of entertainment, news and guidelines on how to treat the planet, lest we also want to be stuck on the right train heading in the wrong direction.

Well the answer to this pretty much depends on what your source is. According to the surveyor powerhouse Ipsos, South Africa is surprisingly ahead of the curve with 77% of the population stating that they are concerned about climate change, against a worldwide average of 69%.

Whilst an international survey conducted by Gallup seems to paint a very different picture, stating that the total awareness of climate change in South Africa is at about 41%, with only 21% of the population perceiving climate change as a serious issue. These statistics put us even lower than our close neighbours, Zimbabwe, with their awareness being at 52% and their possible personal threat percentage at 36%.

Seen as only the 7th biggest problem

Moreover, climate change – one of the biggest threats to the survival of our planet – lists as only the 7th biggest problem in South Africa, behind far greater issues (for now, at least) such as unemployment, widespread poverty and the high crime rate. These facts concerning the ‘richest’ country in Africa may sound rather appalling but in reality it is exactly what you would expect from such a diverse and developing country: confusion, caused by a lack of education and the very human restriction of only being able to focus on a finite number of problems – of which most inhabitants have several.

Based on the statistics it’s eminent that while most people know about climate change, few are willing to accept that it’s a serious, life-threatening and world-ending reality. A quote by Steve Garton, global head of media research at Synovate, seems to sum up the situation quite well:

“The issue of climate change has continued its rough ride since our last climate change survey in 2008. Global conferences that have been organised to tackle the challenges have struggled to reach a meaningful consensus, whilst the underlying science has been questioned by some. At the very least, the most important beliefs of the impacts relating to climate change have not been made simple and clear enough to people around the world.”

The gravity of the situation – certain companies and individuals are managing to absolutely destroy the environment whilst most people don’t and may never understand what the word environment means. The solution: you.

Michael is a student of our Write For Earth course.