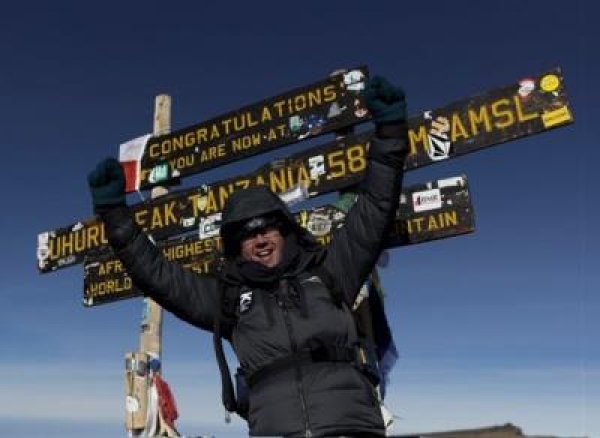 When Simon Gear studied palaeoclimatology they looked at data sets harvested at glaciers as significant, but never before had he seen or touched one. Until he accompanied Justin Smith, sustainability manager at Woolworths, and their team up Kilimanjaro last month.

‘For me it was a big deal and I was elated to find how strong I felt at the top. I was worried along the way,’ said Simon during an interview with Elma Pollard.

They were on a mission to learn more about the impact of climate change on Kili’s melting ice cap and the resultant impact on the organic coffee farmers who are dependent on the water from the caps for their coffee plantations on the slopes. About 68 000 coffee farmers are organised into a cooperative, the Kilimanjaro Native Cooperation Union.

‘It was gratifying to see a functional cooperative which serves the farmers well.’

These small-scale farming initiatives had gradually developed from colonial roots since the second world war.

‘They seemed to have remained modest in their aspirations – a few acres of land each max – and have therefore kept their demand on the land lower and more sustainable.’ 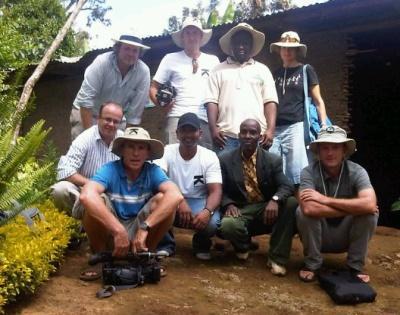 Coffee is planted in between bananas and peanuts, which are mostly harvested for home use. Companion planting is naturally practiced in this good example of shade-grown coffee.

The coffee beans are extracted from the berry by the farmer and his family, bagged and carried to a primary hub or collective. This is where about 1000 farmers get paid 70% of the value of the beans upfront. The balance owing is paid to the farmer when the beans are ultimately sold on the open market. This protects the farmer from bad debts and delays in sale.

This subsistence farming system keeps the money in the pocket of the small farmer and allows him to become part of the economy. The economy is also heavily reliant on tourism. 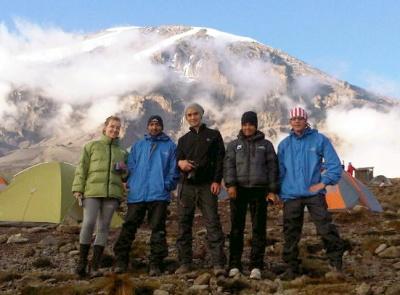 What role does the glacier play?

‘The glacier is their insurance policy. There is a lot of rain too, but the glacier run-off gets them through the dry periods. In the 1800’s they used to extensively use the streams formed by the glacier water, but now the flow is much diminished as there’s less ice. The problem is that the melting ice is reducing faster than the water is replaced by precipitation. Once it’s gone, what will they do?’ asked Simon.

How do the people on the ground make sense of these changes?

‘They are very aware of the melting glacier. Even since September last year there is a clear reduction in the size of the glaciers. Granted, the ice may have been melting even before climate change became apparent, and the change of land use on the slopes will have impacted on the climate. Now the air flow at the top of the mountain is dryer, partially because of climate change effects and partially because of deforestation on the lower slopes. So climate change is not the only reason for the problem. It’s usually combined with other causes.’

What does Simon think about the future of climate change?

‘I’m not very optimistic about finding global solutions, as there’s no political will. Solutions will only become viable once alternative energy becomes cheaper than fossil fuels.’