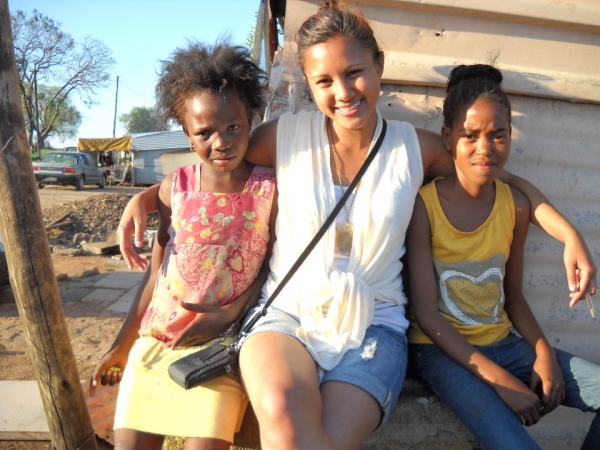 An amazing journey? Yes. In four weeks I saw 17 cities and witnessed some of the most interesting people tell stories of their struggles with climate change. I visited some really remote villages like Vatsonhga, gasped at some of the most beautiful sunsets and engaged with the country’s most courageous citizens.

How I have changed since the Climate Train left Cape Town Station on the 28th of October last year to Durban! It was unknowingly the start of my life changing journey as a journalist as well. What I didn’t know is that as I waved my loved ones goodbye from the inside of the train, I bid my old selfish arrogant habits farewell too. 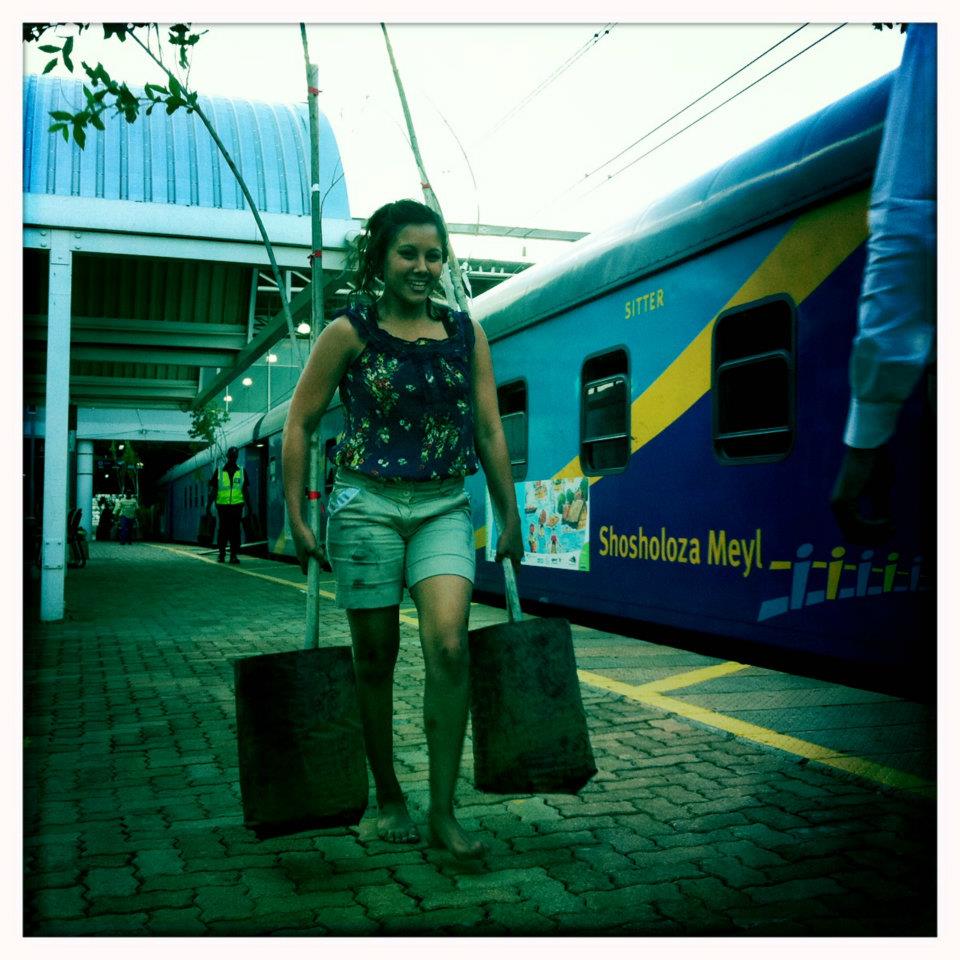 The Climate Train crisscrossed South Africa to spread awareness amongst communities most vulnerable to climate change and its severe weather events. Using mixed mediums of art, drama and teaching as well as discussion forums, the Climate Train made large and scary topics of climate change easily relatable for everyone to understand.

Wrestling with the heat, cleaning up mucky spaces, planting ambush gardens, caring for hundreds of trees in bags (see pic) to protect them from the climate – generally getting my hands dirty – gave me a new perspective on life. I find it impossible to simply fall into my old pattern of life and continue to live life with blinkers on. Instead I have decided to take what I’ve learnt and channel my new found passion into my new career as environmental journalist with the Green Times.

Objective in the face of such hardship?

As a journalist you are taught to always remain objective. Never let your emotions get involved, they tell you. But how to do that when tasked to write about human beings most inner survival fears and challenges due to human created climate change? Daily activities involved insightful roundtable discussions with passionate and deeply effected youth and community members, or road trips into communities where we planted trees and witnessed dry polluted areas transform into beautiful and useful places. 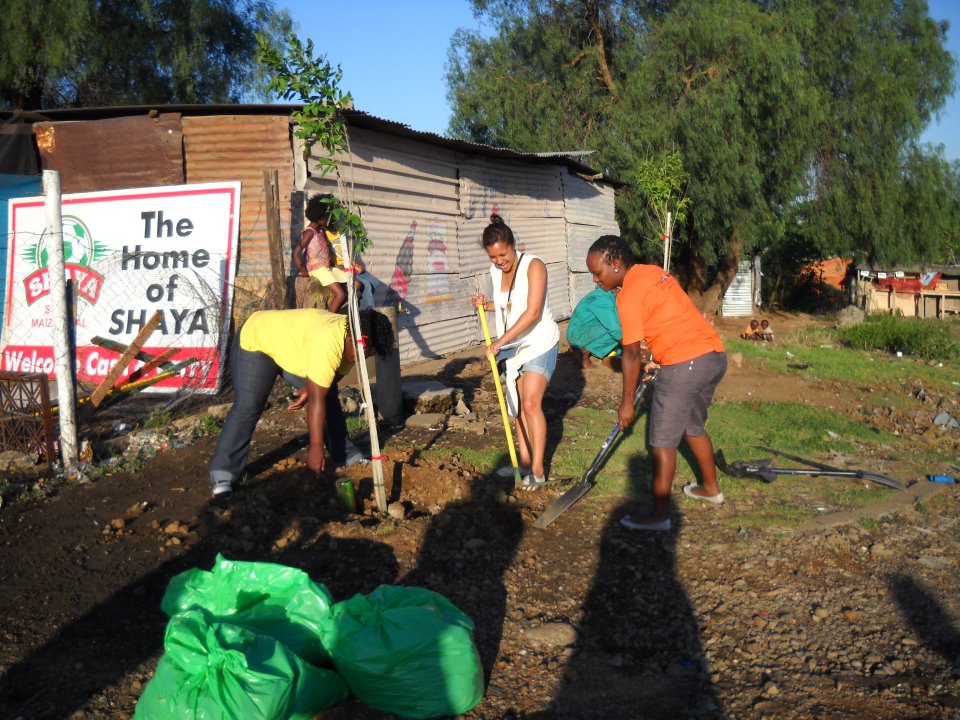 Every night I would sit down in my cabin and stare blankly at my laptop and notes and ask myself ‘How are you going to write this article while remaining objective’?

I struggled with this uneasy feeling for an entire week. Then it dawned on me. There’s no way that I will be able to share the true essence of this journey and all its stories without being authentic – I am unable to bring about change if I step back from the fighting line.

20 000 people in Africa perish daily due to climate related causes. Livelihoods are being threatened and people are left in confusion and dismay because of the selfishness of other human beings.

as real as HIV and Aids

In Klerksdorp I met a man walking through town. It was one of the hottest days we encountered on our journey – and there were many. Prince Pheko was sitting on the pavement in his grey and blue work uniform, with sweat dripping off his forehead. “Where are you from?” he asked.

After sharing our message on climate change awareness with him, he thoughtfully replied:

“I wish government could be as passionate about climate change as they are about HIV and Aids, because to me, it’s just as serious and scary. It has never been this hot this time of the year and I believe it’s because of climate change that we’re experiencing such fierce heat.”

Imagine if every business owner and government official could share this man’s sentiments. Yet despite overwhelming evidence to support this worsening situation, many people and corporations still remain sceptical or simply lazy to change.

There’s no giving up

At our first stop in Worcester, we met a group of women farmers from Mawabuye Land Rights Forum. Despite the wealth of the fertile property around them, climate change is threatening their food security, water supply and employment. Yet facing all these challenges, these women’s resilience struck a chord. In order to survive and provide shelter, the group together with the help of NGO’s have started their own organic vegetable gardens in their own back yard.

“Our forefathers warned us about this, but if we want to see change, we need to BE the change. It’s unfortunate that we find ourselves in this situation, but life goes on and we are not going to give up,” said one of the forum members, Shirley Davids, with tears in her eyes.

Metaphors of elders being the roots of a tree and the younger generations representing the leaves popped up in many communities, who felt that children had lost respect for the elders and therefore also for Mother Earth. If you don’t respect your own mother, you won’t respect your big mother.

In Standerton Executive Mayor Caroline Matshidiso mentioned that mothers (roots) have neglected their roll to educate their children (leaves) to appreciate and respect nature and that’s why the area is left polluted and dried up. And where are the fathers?

“People have too many excuses when it comes to climate change. Mothers come home from work tired and expect teachers or other people to teach their children. Education should start at home and parents should start taking up their roles in society again,” she said.

In Beaufort West we were met by hundreds of youth and school learners on our arrival. Mbali Vilakazi, resident train poet, was busy with one of her poetry workshops and engaging them in dialogue. She asked the group of youths to close their eyes and imagine waking up and having no water to drink.

To her surprise they didn’t have to imagine, because just a couple of months ago that was their exact situation. “At first no one knew the draught was due to climate change, but now that we are receiving more information about it, we can see the link. As a teenager it’s shocking to me. A draught in the Karoo is so unusual. If we carry on like this, what condition will the Earth be in when my children and grand-children are born?” asked 16 year old Russel Ehrenreich. 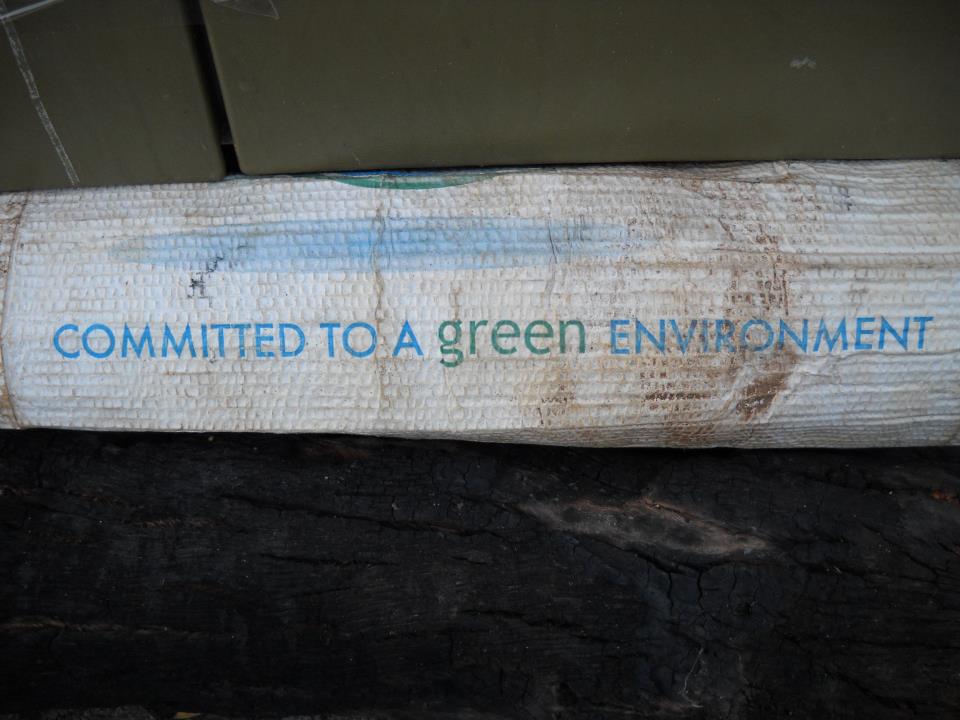 To be the resident journalist on-board the country’s first ever climate change train was an absolute privilege and a life changing experience. The media is recognised as one of the key pillars in conveying information to the public, but are they optimally utilizing their role by spreading awareness and consciousness about climate change? Or are they simply going through the motions, chasing the latest story?

Being ‘objective’ and choosing to sit back because it’s not your ‘job’ to do certain things, you pass the buck on to someone else, hoping that they will pick up the litter or curb their carbon emissions. Climate change is not just an issue for the poor or farmers to fight. No! It’s a battle for all humankind hoping against hope for change.

Each individual, whatever nationality, is born with the responsibility to be a part of the solution. Let’s start today, because tomorrow might be too late!