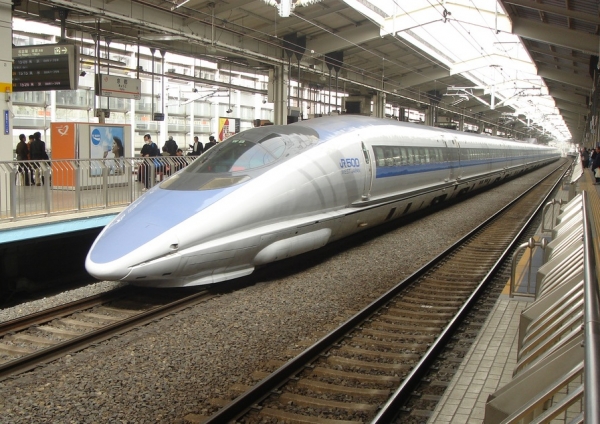 Over the centuries, nature had to overcome every obstacle we humans are also faced with today. How to transport liquids, colour things, cure illnesses, fix objects to all surfaces – to name but a few.

We have been overcoming these obstacles in our very innovative and unnatural ways, with the result that we are slowly but surely killing our own ecosystem. The idea of turning to nature for answers is nothing new. Leonardo da Vinci was one of many who looked at birds for inspiration when trying to invent the aeroplane.

“Bios” means life and “mimicry” means imitate. Biomimicry is the practice of learning from and then emulating nature to solve human problems and create more sustainable designs.

In Biomimicry, nature acts as model, measure and mentor for all your actions. There are three levels of mimicry – form, progress and systems.

Velcro is probably the most well-known biomimicry application. In 1941 Georges de Mestral, a Swiss engineer, was removing burrs caught in his dog’s hair after a walk in the woods when he pondered on the possible use of such a ‘device’. It took him eight years to create his hook-and-loop-fasteners which has wide application. The American army has, however, stopped using it on their uniforms, since the dust in Afghanistan clings more easily to the loops than the fasteners do!

Bacteria is almost always present and our fight against them very real and necessary. Using antibiotics however, causes many problems. Antibiotics get into our water sources via our drains and multi-drug resistant pathogenic microbes are getting to be a very real problem.  What then should we do in our fight against germs?

Everything on earth limits us: water, climate change, the force of gravity etc. But at the heart of it all, nature strives to create conditions that are conducive to life and sustainability.

How does nature go about cleaning polluted water? Wetlands have the plants and the microbes to break down, convert or absorb pollution. New technology in Biohaven and Liviathan mimics wetlands to clean polluted water by using recycled plastics as a base and covering it with a biofilm and plants (see below). 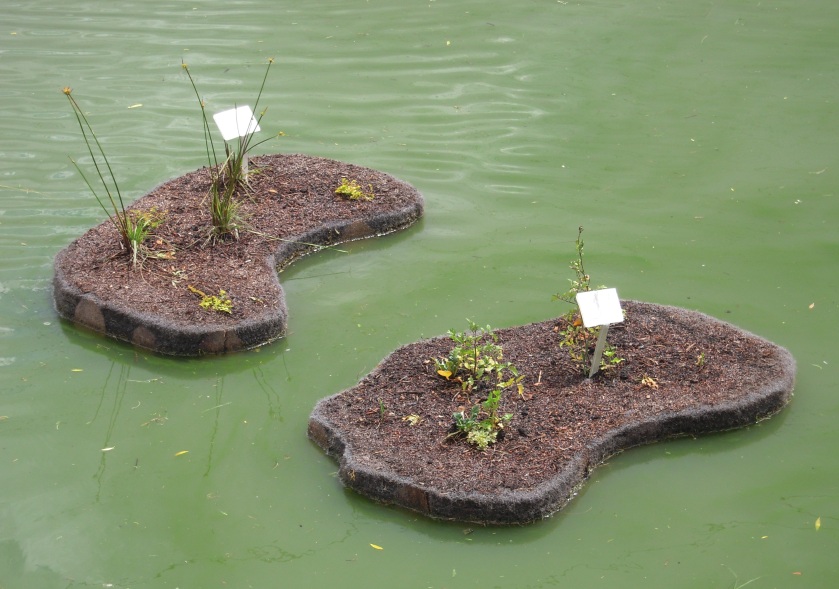 What about water shortage? The Namib beetle has hydrophilic ridges that channel dew to hydrophobic channels on its shell and thus the water flows to its mouth. This leads to the technology where much better misting nets have been manufactured for the harvesting of dew and mist in dry areas. Check out Groasis for more information.

Nature uses energy sparingly, while humans use it abundantly, as if it is infinite. Scientists from Pax noticed spirals in the natural movement of water and air. With this as a model, they have manufactured energy-efficient refrigeration systems and wind turbines as well as water circulation systems following the natural pattern.

Humans tend to heat, beat and treat whatever we try to build. And we produce heaps of waste while consuming large amounts of energy. How then does nature build? Nature uses mostly the elements H, C, N, P, O and hardly ever detrimental substances. The natural solvent in nature is water. Nature builds from the bottom upwards.

Nano-technology mimics the mother of pearl, which has protein scaffolding that strengthens the shell when absorbing ions from seawater. This shell is double the strength of ceramics – real life-friendly chemistry without the waste!

A company called Fortera mimics the formation of coral reefs by using the CO­2 emissions from power plants, which is then channelled into salt water (also waste) and the product that is formed is used as cement and other similar products. They claim that, for every 1 ton of cement they produce, they remove 1 ton of CO2 that would have ended in the atmosphere.  Near to carbon neutral, it seems.

Nature does not produce waste. In nature, the waste of any one organism or process becomes the food for another. Zero Emissions Research and Initiatives (ZERI) is a company who strives to do the same.  In Namibia, Namibian Breweries (Tunweni) has started the Tsumeb project as a leading ZERI project using sorghum beer waste and saving water consumption using ZERI technologies. With a world record for the lowest water consumption in commercial brewing – remember we are talking Namib desert here – this project produces bread, mushrooms, and feed for piggeries through using all waste in a productive manner, creating profits, jobs and food security.

The bullet train in Japan, moving at 320 km/h was seen as an engineering wonder, until the noise from entering and exiting tunnels became unbearable. The noise was caused by the difference in air density inside and outside the tunnel. The engineers turned to nature and observed the kingfisher diving into water without as much as a splash. The bullet train was fitted with a “beak” and the problem was solved. The great surprise was that the ‘beaked’ train was also much more energy efficient!

With our known world in dire straits with global climate change, food shortage and untreatable illness, it is high time we learn from nature. That is probably our last and only survival strategy – we’ve tried everything else! The more we function with nature and not against it, the bigger our chances of surviving. If not, we as a species will end up like the dinosaurs. Remember – nature can cope without humans, but humans cannot cope without nature.