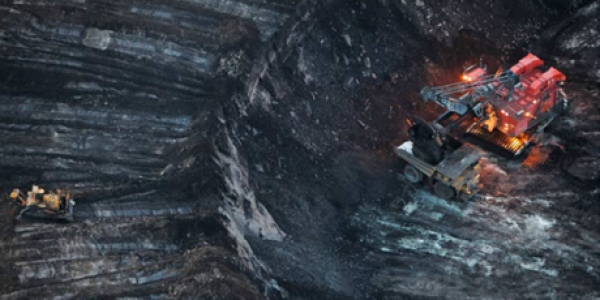 Right now, the tar sands, a toxic oil reserve almost the size of Saudi Arabia’s but over 3 times as dangerous for climate change, sits landlocked in Northern Canada. People power has twice blocked new pipelines into this poison, but now we have a bigger challenge.

A new trade deal, negotiated in secret with China, could allow China’s companies to take over the tar sands and sue the Canadian government if it hampers their exploitation with any environmental or health laws. Canada’s right-wing Prime Minister is an oil-man with a history of climate-denial, and he’s using this tactic to bypass democracy, with potentially devastating consequences for the planet.

Our big chance to stop this is that the deal may not be legal. It’s likely to be signed in the coming days or weeks and we need to be ready to hit back when that happens. If tens of thousands of us pledge now to help hire crack lawyers and fund research and public campaigning, we can be sure to hit the ground running when the government acts – Avaaz will only process the pledge if they get enough to make this important case happen. Our climate is already under grave threat, and tar sands could push it over the edge.

Tar sands oil would harm all of us: The emissions from this dirty oil are up to 35% greater than regular crude oil, the process for getting it out of the ground alone emits three times the pollution, and the production of one gallon of oil poisons up to 35 gallons of fresh water. Not to mention that the exposure of another huge oil reserve would skyrocket the destruction of our planet.

That’s why experts and campaigners all over joined the fight to stop pipelines from being built in the US and Canada that would unlock this toxic sludge from the ground. Now those hard-fought victories could be wiped out.

Avaaz has taken on the Canadian government before, and won – striking a blow against a Fox News-style television network and beating back attempts to stop Canadian Avaaz members from campaigning during federal elections. This is our chance to win a battle for the entire world’s survival against a trade deal that threatens our water, air and land.

The folks over at Avaaz have already reached out to one of the top constitutional law firms in Canada and they are standing by to help us fight this dirty deal. But it’s going to take a powerful legal fund to stand up to the government’s deep pockets, campaign to win in the court of public opinion and make sure we keep dirty oil in the ground.

Please pledge your support now. Then, if the deal goes through, we’ll be able to get started right away defending our planet in Canada’s courts.