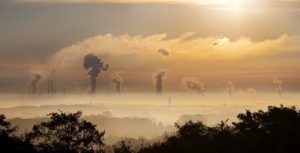 A growing number of people believe ecocide should be recognised as an atrocity crime at the International Criminal Court – alongside Genocide, War Crimes and Crimes Against Humanity.

Ecocide is serious loss, damage or destruction of ecosystems, and includes climate and cultural damage.

Any member state, however small, can propose an amendment to the International Criminal Court’s governing document, the Rome Statute. With a 2/3 majority, amendments can be adopted.

Any member state can then ratify and enforce, making this the only global forum where ecocide can be directly outlawed by those suffering it, creating an ever more powerful marginalisation of those who continue to pollute. 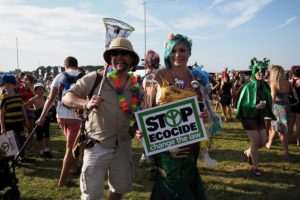 A criminal law of ecocide prevents investors from backing ecocidal practices, and insurers from underwriting them. Persons of superior responsibility – CEOs and government ministers – become individually criminally responsible for ecocide which they recklessly cause or contribute to (eg by engaging in ecocidal practices or issuing permits for them).

But before a single state even ratifies this amendment to international law, it will begin to change the entire global conversation.

In our current state of climate and ecological emergency, a law of this kind will be required – sooner or later – if we wish to survive and thrive on Earth. The proposal of an ecocide amendment makes it visible on the horizon, and enables change to begin. 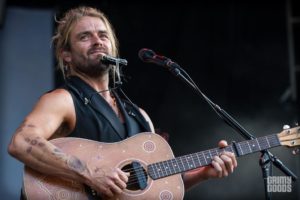 Those with the greatest incentive – small island nations at the frontline of climate breakdown – already have the power to propose this amendment.

All they require is:

By becoming an Earth Protector, you’re supporting both these things.

“Ecocide” was first publicly referred to by the Swedish prime minister Olaf Palme in the early 70s with respect to environmental damage incurred during the Vietnam war. It was discussed throughout the drafting of the Rome Statute during the 1990s but was removed from the final draft at the behest of the US, UK, France and The Netherlands (all oil states). So it is not new but rather is, quite literally, the missing crime in that Statute.

The Statute has already been amended once: Crimes of Aggression was added in 2017. So there is precedent for this too.

Once an amendment is adopted into the document by 2/3 of member states (currently 82 out of 122) ratification and enforcement can proceed, and once 7/8 of members have ratified, the law is enforceable across all member states. In the past this might have looked like a daunting majority to reach. In our current global situation however it is increasingly probable and, we believe, ultimately inevitable.

As explained above, however, the turning point will come much earlier as it becomes clear that a law of this kind is approaching and will require compliance.