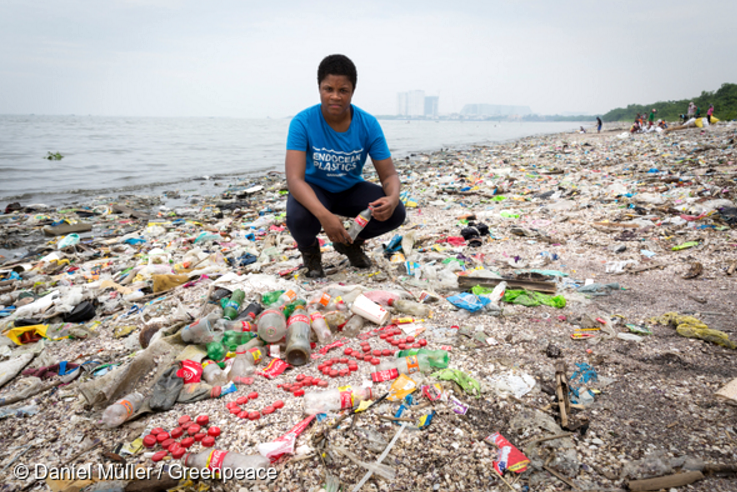 Plastic pollution is one of the greatest threats facing our oceans. Up to 12 million tonnes of plastic is entering the oceans every year. This is affecting sea life – one in 3 turtles and 90% of seabirds are now estimated to have ingested plastic. Plastic is even ending up in the seafood on our plates.

Coca-Cola are the largest soft drinks company in the world. Globally they produce 100 billion single use plastic bottles every year, a figure that’s going up and up with a 2% increase since last year. Many of these will end up on beaches, in landfills and in the sea.

For the past few months, Greenpeace have been campaigning for Coke to reduce their plastic footprint and stop choking our oceans. 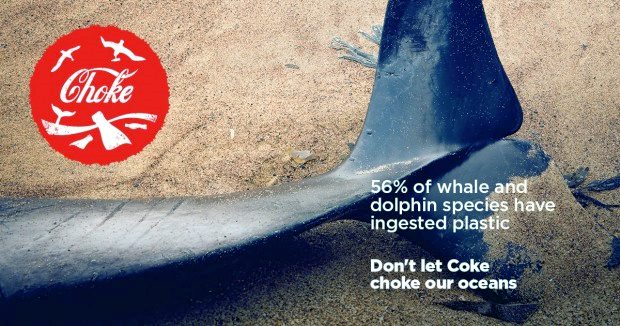 Plastic bottles are one of the most commonly found items on beach cleans and on the ocean’s surface. Once they are in the environment, they become a hazard for wildlife. Larger pieces of plastic can become an entanglement or choking hazard for animals. These larger plastics break down over time into microplastics, which have been found in everything from seafood, sea salt and even our drinking water.

With your help, Greenpeace have been holding Coca Cola to account. They sent over 90,000 emails to Coke’s  European CEO asking that they do more to reduce their plastic footprint. They have called their offices directly to ask them to stop choking our oceans, posted spoof Coke adverts around the country and even blockaded their London HQ with a sculpture highlighting the problems that ocean plastic pollution create.

These actions have lead to Coca Cola GB hiring a new PR company. They have also promised to reduce their plastic footprint in the UK by increasing the amount of recycled plastic that they use in their bottles to 25%. Whilst this sounds like a lot, it’s still not good enough. 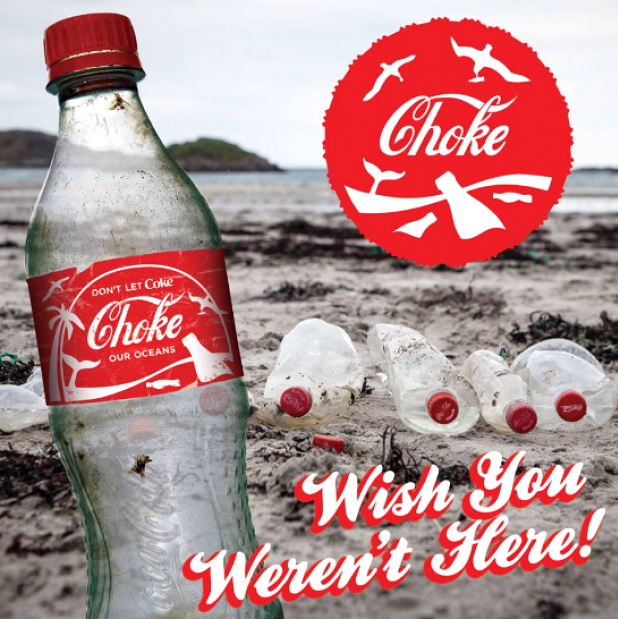 Large corporations like Coca Cola have the funds and the resources to come up with different drink delivery systems, use more recycled plastic content and find innovative ways to reduce their plastic footprint.

Ocean plastic pollution is also a global problem. Our oceans know no boundaries. So taking action in the UK is just a small step towards e stopping plastic bottles flowing on our oceans currents to pollute communities and habitats halfway around the world.

As a global multi-billion pound company, Coca Cola must reduce its plastic footprint across it’s entire company. They are responsible for the end life of their products.

And whilst Coke say they are in the process of working on a global strategy to reduce their plastic packaging, we learned that in 2016 they actually produced a billion more single use plastic bottles!