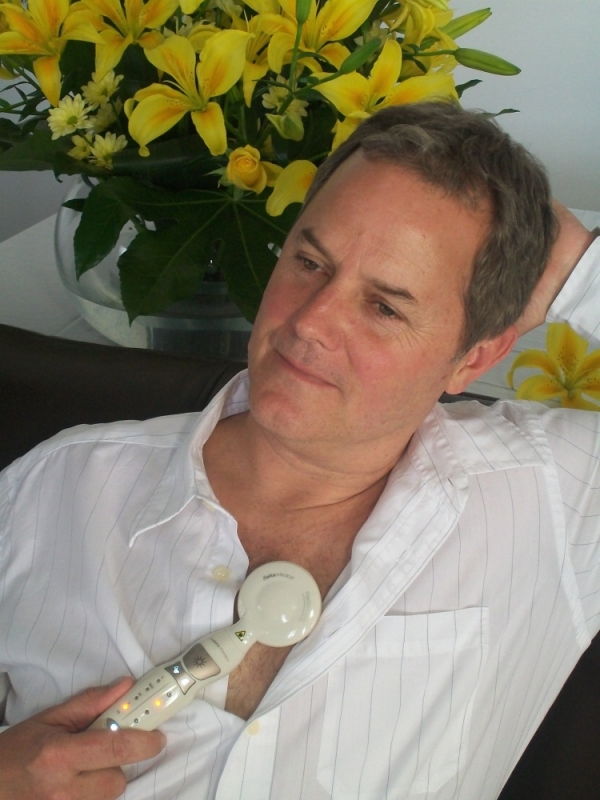 How our physical body is able to initiate and complete its own healing is one of its most remarkable features. Even a simple finger cut initiates responses from dozens of types of cells – the smallest units in our body – coordinated to achieve specific results, such as stopping blood loss, killing foreign bacteria and preventing infection, creating new blood capillaries, repairing and regenerating skin layers.

Key to this remarkable healing concerto is the ability of individual cells to communicate with each other using specialized chemical messengers, which provide specific stimuli that direct a cell to perform one or another function. For example, medical science has identified a group of messengers called Growth Factors. These chemical messengers act to stimulate the proliferation, growth and maturation of young cells that will replace damaged cells in a wound.

In terms of messaging, some remarkable developments took place in the early 1980s, when researchers started to accumulate evidence proving that light can also act as a messenger for initiating regeneration and repair. In coMra Therapy visible colour lights are used precisely as a messenger to initiate this process – communicating a message of healing to cells.

Talking to cells with chemicals

How do cells recognize what to do at any moment? Cells can send and receive specific signals, enabling them to coordinate their actions around a particular task, such as a response to physical injury. The ability to perceive and differentiate between different incoming stimuli comes from specialized receptors located in the enclosing membrane of a cell. When a particular messenger molecule is recognised and coupled to its target receptor on the outer surface of the membrane, this acts as a switch that launches certain physiological responses inside the cell.

Watch this video, which illustrates graphically how a message is transmitted from a cell’s environment and initiates a response inside another cell (a process called signal transduction)

So a cell can perform a number of functions, depending on the received message. It can start growing, produce other messenger molecules or perform any other useful function. The concept of influencing or changing the functions of cells through the introduction of selected messenger molecules is well known. In fact, it is the central idea of modern day pharmacology. Is there a different way in which we can deliver a message of healing to our cells?

Light as a messenger

Remarkably, cells can respond to light in a very similar way to chemical messengers!

This topic concerning communication with cells using light is of great importance to understanding the workings of coMra-Therapy, and in different articles we will discuss it at length. To start, though, I would like to share the results of an experiment that amply demonstrates the action of light as a messenger.

To enable the fundamental processes involved in tissue repair to be studied experiments are conducted with cells in controlled conditions, (“test tube” or in vitro experiments), and growth factors are used to initiate the processes of cell proliferation and differentiation. 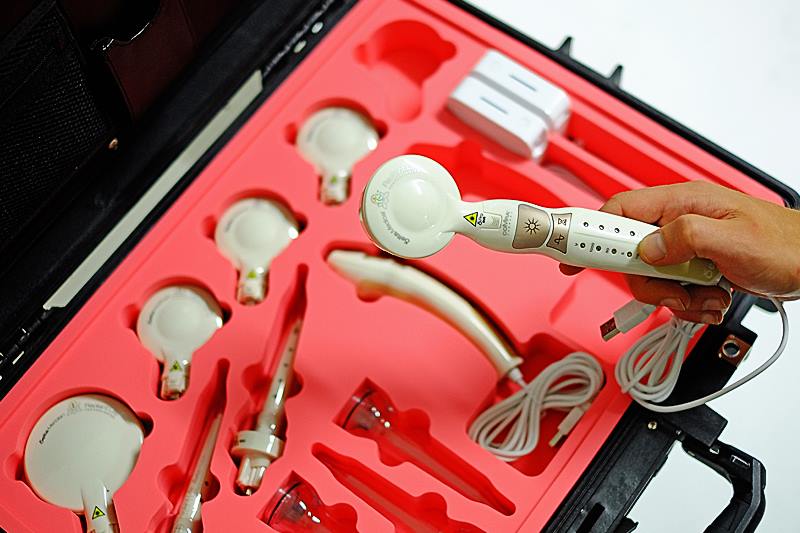 A group of researchers led by Dr Juanita Anders from Uniformed Services University of the Health Sciences, U.S.A., studied the actions of chemical messengers as well as light, on the growth and differentiation of human neural progenitor cells in vitro.

Three separate groups of cells were formed for the experiment. In the first group no treatment was applied (control group). In the second group growth factors were added to the cells. And in the third group near-infrared light was applied to the cells.

After 7 days the cells were assessed and the groups compared. It was found that the cells treated with light were starting to grow and develop into normal mature cells, just as the cells treated with growth factors. The growth of neurites, long projections from a neuron that will form nerve fibers (axons), were equally stimulated by light as by growth factors. Also, both the treated cell groups similarly expressed special characteristics that are known to be related to the normal development of progenitor cells (neuronal and glial markers). 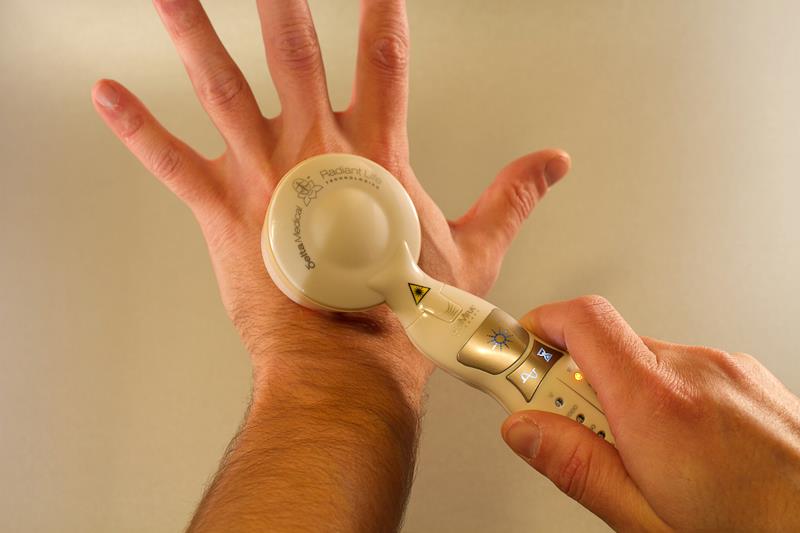 “This study demonstrates that NHNPCs [normal human neural progenitor cells] are not only capable of being sustained by light in the absence of growth factors, but that they are also able to differentiate normally as assessed by neurite formation.”

In other words, the experiment showed that light alone was able to stimulate the growth and maturation of young progenitor cells towards being a fully functioning part of a greater community, in this case nervous tissue.

For further reading I recommend a very comprehensive review by Peplow et al. They reviewed papers published from 2002 to 2009 on human and animal cells that involved the effects of light on wound or soft tissue repair and concluded:

“Findings from the reviewed studies clearly demonstrate the ability of laser irradiation to modulate gene expression and the release of growth factors and cytokines from cells in culture.”

And of great importance is the fact that these processes of modulation by light were identified in a very wide variety of types of cells (keratinocytes, fibroblasts, rat bone marrow, mesenchymal stem cells, etc).

And lastly, some fun food for thought. In a paper published in the Journal of Neuroscience Methods by Mathew et al in 2010, a remarkable interaction of a laser beam and growing neuron axon was reported. A pulsating Near Infrared Laser beam placed at a distance changed the direction of growth of an axon! In 45% of observed cases axons were attracted to the laser beam spot. You can see the images included in the free abstract on the publisher’s website. 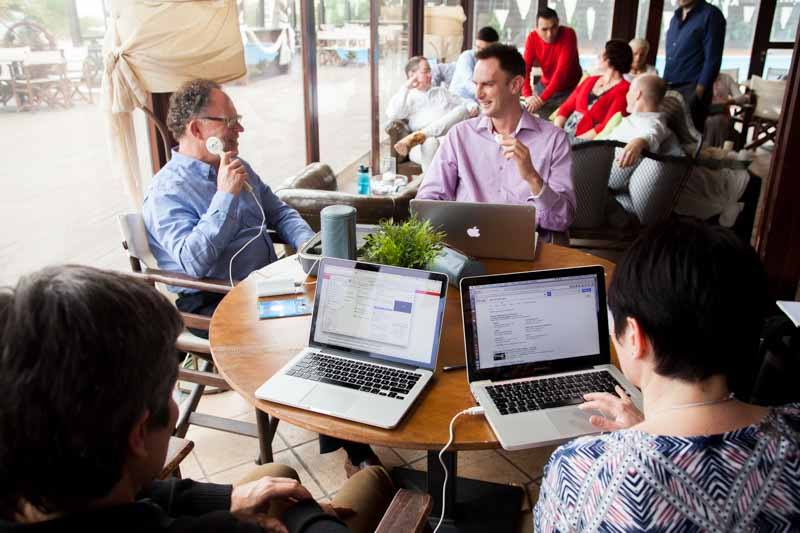 This article is a shortened version of a research article entitled “Laser Light shown to initiate healing processes in cells” by Dr Arzhan Surazakov PhD, Director of Research & Development at Radiant Life Technologies™