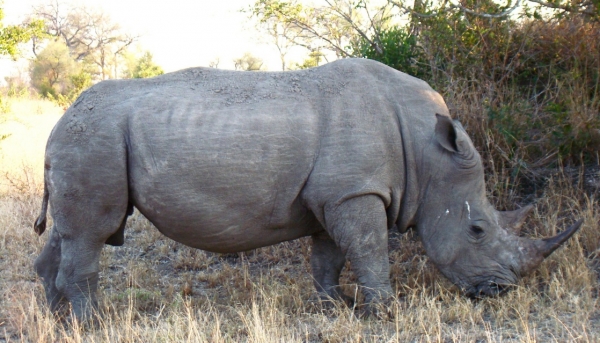 Police in Limpopo have arrested three suspected rhino poachers believed to have been on their way to shoot and dehorn rhinos in Phalaborwa.

The trio was arrested on Sunday in Hoedspruit after police received information about suspected poachers with the aim to shoot and dehorn the animals at a private game farm.

Police spokesperson Brigadier Hangwani Mulaudzi said the Tactical Response Team (TRT) and stock theft members closed in and arrested the three suspects and confiscated a hunting rifle and a revolver, which were both unlicensed, as well as a licensed 9mm pistol.

Their vehicle was also confiscated.

“The three suspects, a 50-year-old South African and two yet to be identified Mozambicans, are expected to appear in the Hoedspruit Magistrate’s Court soon on charges of the illegal possession of a firearms and ammunition, as well as charges under the National Environmental Biodiversity Act, which includes the conspiracy to commit a crime of rhino poaching,” Mulaudzi said.

The origin of the two unlicensed firearms is currently being investigated and they will also be sent for ballistic tests.

Mulaudzi said the Limpopo police were offering a reward of up to R500 000 to any member of the public who can provide information which will lead to the arrest and conviction in court of suspects involved in the act of rhino poaching or dealing in rhino horns.