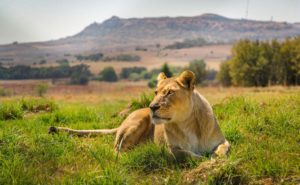 Annually, thousands of tourists flock to South Africa to experience our unique wildlife. But behind this booming industry is an ugly truth, many wildlife encounters support the mistreatment of iconic species, such as lions.

Tourism plays a vital role in job creation and contributed over R130-billion to the economy in 2017, about 2.9% of the total gross domestic product (GDP).

However, exploitative wildlife interactions such as cub petting, walking with lions and the associated volun-tourism sectors are all closely linked to the captive predator breeding, canned hunting and lion bone trade in South Africa. All of which has the potential to drastically damage South Africa’s reputation as a tourist destination.

A recent study has shown that nearly half of the captive lion facilities in South Africa are directly linked to tourism through offering one or more of these unethical activities, explained Fiona Miles, country director of FOUR PAWS in South Africa, one of the largest national animal welfare organisations fighting for the protection of big cats.

“Although global trends in responsible tourism are showing that tourism is moving away from such exploitative captive wildlife interactions, many tour operators at home and abroad continue to promote these activities to their clients,” said Miles.

“Local and international visitors carry on supporting hands-on captive wildlife facilities either through a lack of awareness or purely to get that perfect wildlife selfie.” 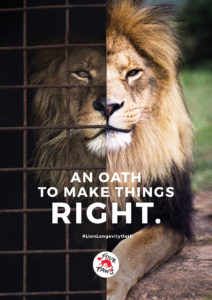 In addition, the captive lion trade has the potential to tarnish South Africa’s reputation as a conservation leader.

A recent Legacy Report of the Portfolio Committee on Tourism in the Fifth Parliament on the effects of wildlife interaction found the safari niche market has been marred by the growth of animal interactions and canned hunting, which have “damaged the country’s brand as a champion of wildlife conservation”.

According to a report by the South African Institute of International Affairs on the economics of captive predator breeding in South Africa, our tourism brand value could potentially be negatively affected by as much as R54 billion loss in revenue over the next decade, if the captive lion breeding industry is allowed to thrive.

But there is a way to prevent further damage to our image as a tourism destination, believes Miles, and this starts with ending the demand for these devastating activities.

“Collectively, we need to stop supporting any type of cub petting, walking with predators or associated volunteering options, whether this involves lions, tigers, or cheetahs, as none of these activities support conservation of the species in the wild, as many facilities would like you to believe,” added Miles.

“It is also time for all of the establishments offering these activities to put a stop to it.”

This is why FOUR PAWS is challenging both the tourism industry and the public to commit to their Lion Longevity Oath: A commitment to end all support of activities and interaction with captivate lions and raise awareness of lion trade and canned lion hunting.

Six major tour operator companies have already signed the oath in against visiting establishments where lion cub and other animal interactions take place.