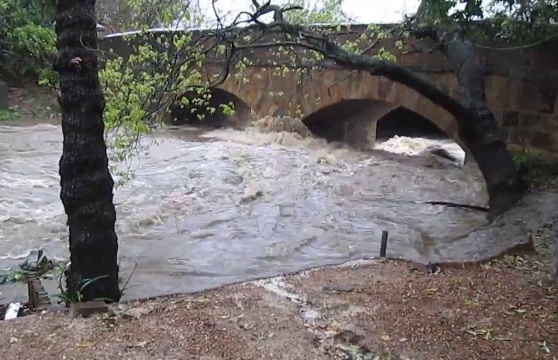 As part of the City of Cape Town’s commitment to building a safe city, emergency repairs and the replacement of damaged infrastructure will start soon at Lourens River, following the severe flooding in Somerset West on 15 and 16 November last year.

The City had requested financial assistance to deal with the required emergency work after the area was declared a provincial disaster on 13 December 2013. The request for funding was approved on 4 March 2014 and R5,76 million of the requested R7,7 million was received from the National Disaster Management Centre.

Besides the immediate clean-up after the storm, the City has conducted surveys to assess the damage caused to infrastructure.

The University of Stellenbosch was also appointed to analyse the event and to advise the City on short and long term solutions to alleviate the effect of unforeseen natural disasters in the area of the Lourens River. Interested groups and residents can access this study conducted by prof. Gerrit Basson at the Somerset West Public Library, Cnr Victoria and Andries Pretorius Streets (021 – 850 4526) and the Strand Public Library in Mill Street (021 – 850 3188).

‘The first contractor will be on site by the end of this month and a second contractor by the end of April. The removal of trees and islands as well as repair work to gabions, are prioritised and should be completed before the winter rain season’ said Councillor Brett Herron, Mayoral Committee Member: Transport for Cape Town.

Requests for quotations to do emergency repairs have been issued and some of these measures have already been approved by the Department of Environmental Affairs and Development Planning as the Lourens River is a protected natural environment and strict environmental legislation applies. New infrastructure such as pipes, culverts and gabions has already been ordered.

Some of the emergency measures and construction work to commence by the end of March and during April include: