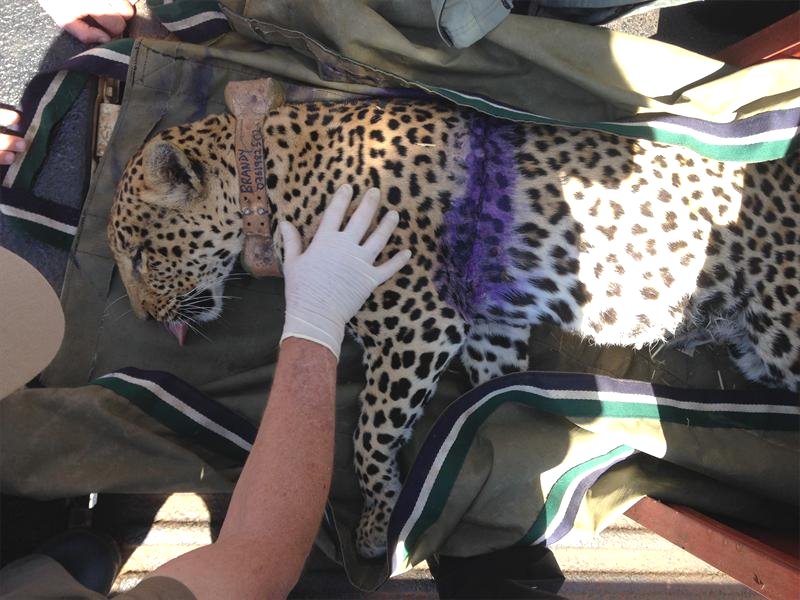 A pregnant leopard named Brandy was snared in Magaliesberg recently.

According to a statement released by Johannesburg City Parks, she was released back into the wild after two operations to treat her open wounds.

“Since her capture and treatment, the team involved has worked diligently to give her and her three unborn cubs the best possible chance of survival in the wild,” stated City Parks.

It took the combined effort of the following organisations and sponsors to carry out this remarkable feat:

The search and rescue operation commenced when Power confirmed the tracking device on the collared leopard reflected no movement.

She was then located and found seriously injured in a snare in the Magaliesberg.

Power facilitated the assistance of Dr Bartels to help in her capture and treatment. Dr Bartels identified that Brandy required urgent veterinary medical treatment resulting in her being airlifted to the Charlotte Maxeke Johannesburg Academic Hospital’s heli-pad where Johannesburg Zoo’s veterinary personnel responded speedily to the rescue operation.

Her treatment included two operations to close the gaping wound around her abdomen and the resilient Brandy responded well to the treatment.

“On 5 October, the operation literally took-off with military precision, where Power, Molteno, Drs Bartels and Le Grange airlifted Brandy from Johannesburg and flew her to her new release site in the North West Province,” stated City Parks.

“Brandy was fitted with a satellite collar and will be monitored by Power. It is unsure how the stress of being snared and injured will affect her pregnancy; however the team felt it was important to get her back into the wild as soon as her wounds had healed sufficiently well.”

A programme to rid the Magaliesberg of snares has been launched by the Wildlife and Environment Society of South Africa (WESSA) and the Tshwane University of Technology. 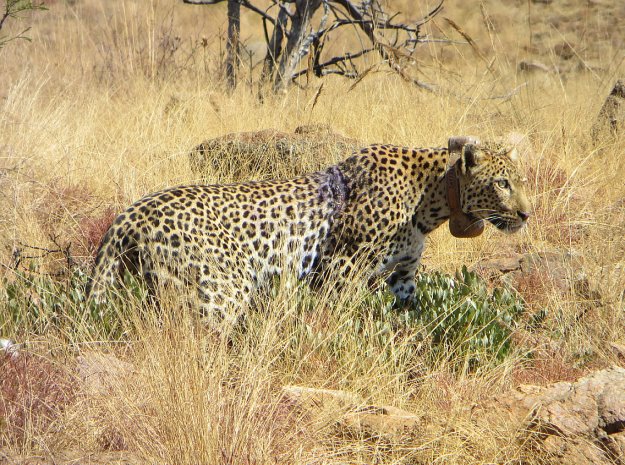