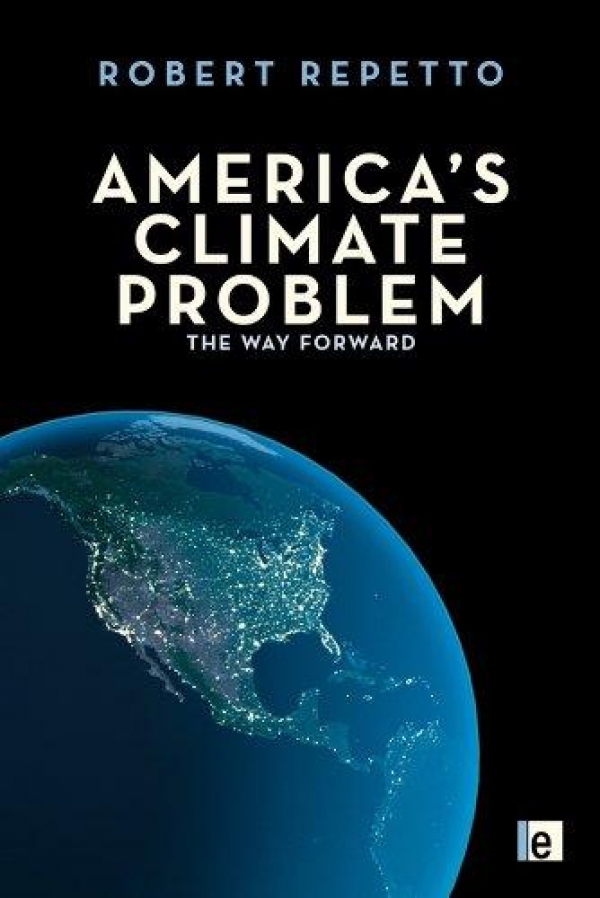 What America does – or fails to do – in the next few years to solve the problem of climate change will largely determine the fate of the earth and humanity for centuries to come.

This timeous book was published on 24 February 2011 by Earthscan. He argues that the US needs to embrace policies that accelerate the transition to a new clean energy system – a necessary condition for international cooperation on climate solutions. This transition, Repetto says, is already underway in the US and needs only to be supported and accelerated.

As examples of transition he cites wind and solar power, which have been growing rapidly in the US, and burgeoning investment and innovation in new products to raise energy efficiency.

‘A far-reaching energy transition over a half century is possible. Such transitions have already happened several times in American history during the past 150 years, and each time, a new surge of economic growth and innovation resulted.

The conditions that gave rise to the current energy system – abundant fossil energy, low energy prices and few environmental constraints – no longer exist. Our energy system is outmoded and so are the government policies that have supported it.’

Repetto argues that climate change and the security risks of energy dependence are massive market failures, in that their costs are not borne directly by those who contribute to the problem. Governments can correct this market failure by enacting an economy-wide price for carbon emissions.

‘The best way to bring about this price on emissions is through an ‘upstream’ cap-and-trade system that limits sales of fossil fuels in the US, whether from domestic production or imports. The Federal Government would issue permits to firms that sell fossil fuels.

Reductions in greenhouse gas emissions would be imposed through gradual year-by-year reductions in the permits available. Then, as the supply of fossil fuels in the market gradually diminishes, their prices will rise, establishing a nationwide price on carbon.’

Time for innovation, dynamism and flexibility

A policy that imposes an economy-wide price on greenhouse gas emissions, says Repetto, would enlist the best features of the American economy in solving the climate problem: its abilities to innovate, its competitiveness, its dynamism and flexibility.

‘All serious economic studies have found that the economic impacts of an upstream cap-and-trade system and the resulting energy transition would be small and would have a negligible effect on US economic growth. It is ironic that Republicans in Congress and interest groups funded by energy interests are now attempting to demonize this cap-and-trade approach, as it has been used successfully for decades by both Republican and Democratic administrations in controlling other air pollutants, such as lead and sulphur, and is credited with substantial savings to industry in reducing those emissions.’

Repetto argues that upstream cap-and-trade in the US is a key part of finding an effective international climate agreement, and that future negotiations should emphasize three main components:

Another international benefit of enacting upstream cap and trade in the US would be felt in the European Trading System, where carbon costs would otherwise be affected by the absence of a similar system to link to in the US.