“The maximum potential from the world’s oceans … has probably been reached.”

76% of the world’s ocean fish stocks, including South African line fish, are exploited at or above sustainable levels. Often stock don’t recover even after years of protection. Red, orange, green.

In South Africa the Southern African Sustainable Seafood Initiative (SASSI) has introduced a simple three-colour guide to making choices that are good for the planet.

These species should NEVER be bought or sold. It is illegal to do so as they are specially protected and restricted. The only time they may be eaten is if caught by a licensed recreational angler and eaten at home. In South Africa the Cape stumpnose is in this category.

These species may be sold legally, but increased demand could compromise sustainable supply due to the stock being overexploited or the fishing method damaging the ecosystem. If you have a choice, opt for something else. Kingklip is in this class.

These fish are the most sustainable choices – they are from well-managed populations sustaining current fishing pressure. Hake is an example.

SASSI started in 2004 and has run campaigns countrywide among retailers, wholesalers and the restaurant industry, educating them on which fish are safe to harvest and sell. Pick n Pay and Woolworths are on board; both chains only sell green and limited orange species. A visit to Pick n Pay verified this. What was disappointing, though, was that the fish were not colour coded for consumers, and there was no educational information displayed. Woolworths was a step ahead on both scores. Frozen and tinned fish lag behind. Similar colour-coded campaigns are being run worldwide in about 30 countries and WWF is working to standardise criteria internationally.

With the decline of ocean fish supplies, fish farming (known as aquaculture) has grown. The FAO report says that almost half the world’s fish supply now comes from farms. Some types of farming such as oysters and mussels are sustainable because they depend on clean water and the farming methods are non-invasive. Others can result in destruction of the natural habitat, high organic pollutant levels and spread of disease, especially among carnivorous species. 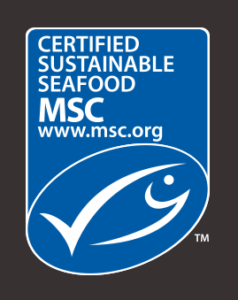