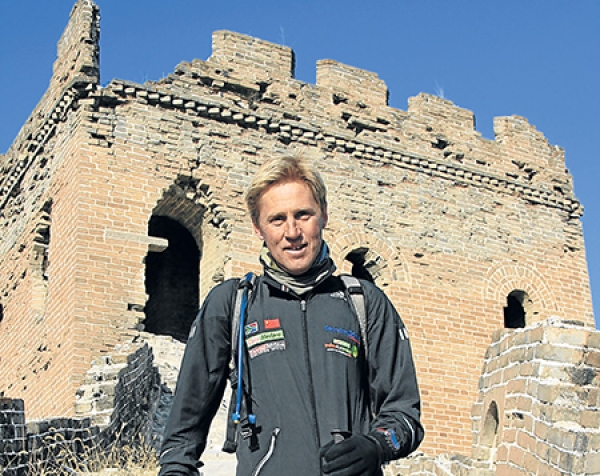 Extreme adventurer Braam Malherbe has set his sights on circumnavigating the Tropic of Capricorn in a bid to raise awareness for I-Saw, a charity that focuses on children with cleft palates and burn scars. To date he has risen over R2.5-million.

Speaking at a recent Alexander Forbes business breakfast at the East London Golf Club, Malherbe, 55, said his upcoming adventure would be a non-motorised 14-month trip starting in 2014 and would combine running in the Australian desert, mountain biking in the Andes in South America and sailing the Atlantic and Indian Oceans.

The extreme adventurer is continually involved in raising funds for Operation Smile, a charity that focuses on children with cleft palettes and burn scars. To date he has raised over R2.5-million.

He has already written two books about his previous expeditions while an upcoming movie called Brave Hearts is due to air on SABC TV next year and will focus on his adventures.
For his latest expedition he’ll be partnered by East Londoner Pete van Kets with whom he has already conquered a race to the South Pole for environmental awareness.

“The next big adventure Pete and I have planned is to do non-motorised circumnavigation through Capricorn. It will start from the low section of Namibia along Capricorn from the Cradle of Mankind. We will then sail through the Atlantic to Patagonia …mountain bike over the Andes mountains, through the desert of Australia,” said Malherbe.

Among his most notable achievements to date, Malherbe has run a marathon a day along the length of the Great Wall of China for 98 days with adventure partner David Grier, a feat renowned sport scientist Tim Noakes of the University of Pretoria said was “physically impossible”.

“I think it’s highly improbable they will complete [it] because they’re trying to run a marathon everyday for 100 days … This is physically impossible. The probability of them completing is essentially zero,” Noakes famously said.

Not only did they finish the 4218km race, since then Malherbe has also completed an unsupported endurance race to the South Pole for climate awareness.

He was named 2012 Eco Warrior at the Eco-Logic Awards in September and is no stranger to taking on unforgiving terrain in the name of charity. He has completed 17 standard marathons, 15 standard triathlons, seven ultra marathons and taken part in the South Africa selections for the Camel Trophy.

Aged 17, he and a friend ran 500km from Plettenberg Bay to Cape Town to raise R15000 for WESSA as part of a mission to save Langebaan lagoon.