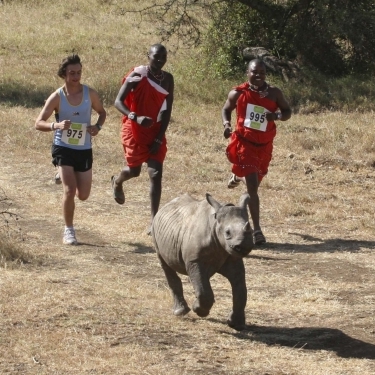 Tusk in partnership with Safaricom held the world-renowned Safari Marathon, which took place in Kenya last week. The marathon was run across one of Tusk’s flagship projects, Kenya-based wildlife sanctuary the Lewa Wildlife Conservancy.

The event was a huge success, drawing 1,200 runners from over 35 different countries—all excited to raise funds for conservation and community development.

The Tusk organised marathon was the pre-cursor to the inaugural Tusk Conservation Awards in partnership with Investec Asset Management. The first of its kind in magnitude, this is a major new conservation award recognising outstanding achievement in the field of African conservation. 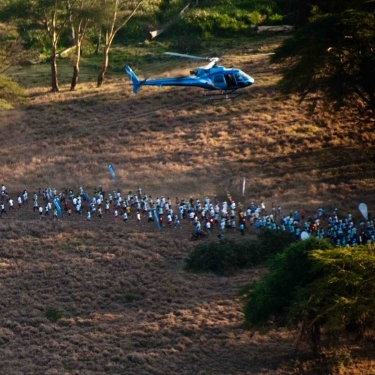 Tusk’s Royal Patron, Prince William, has kindly agreed to give his name to the new lifetime achievement award, which aims to recognise the outstanding work of a top conservationist in Africa each year. Kerri Wolter from South Africa is on the shortlist for winning the additional Tusk Award sponsored by Land Rover, Edwin Kinyanjui and Tom Lalampaa, and the winners will be announced on 12 September at the Awards.

Chief Executive of The African conservation charity Tusk, Charlie Mayhew has said that: “This is the 14th running of the marathon and it gets more popular every year. We were delighted to have teams from Investec Asset Management, Artemis Investment Management and Deutsche Bank participating.  We are looking forward to announcing the winners of the Tusk Conservation Awards in September.” 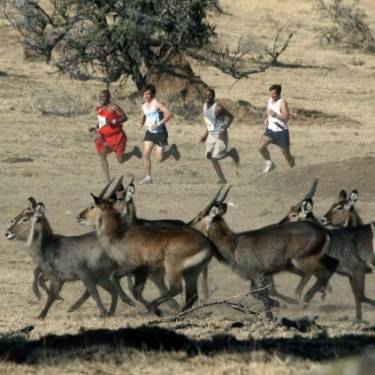 Since the inaugural marathon in 2000, US$4.5m has been raised for a wide range of projects.  The impact of the event has been huge and the benefits are very tangible. Through grants funded by the marathon, hundreds of thousands of Kenyans have benefitted through schools, hospitals, as well as community and conservation projects. 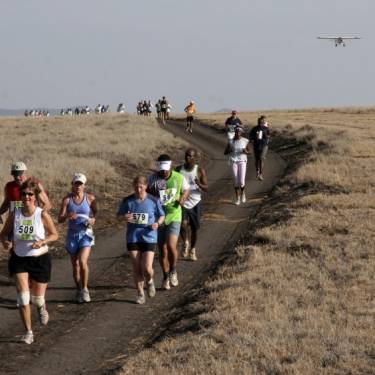 Tusk and Lewa have always shared a common goal to use wildlife conservation as a catalyst to alleviate poverty, reduce conflict, and improve education and livelihoods in rural areas rich in biodiversity.

This event has been established and organised every year by Tusk Trust as the charity’s own flagship fundraising initiative to support pre-defined conservation, education and community projects supported by Tusk in Kenya.