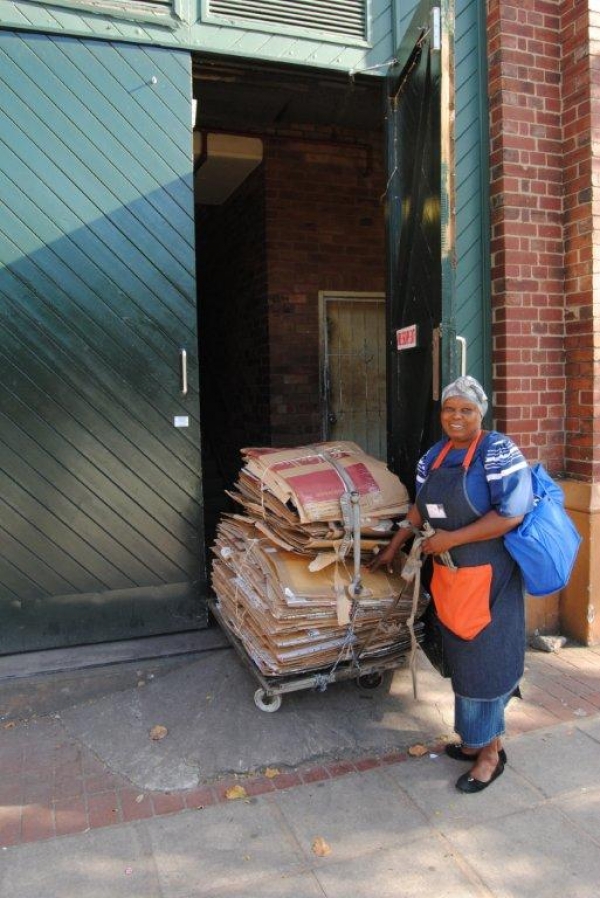 Maria Vilakazi is a collector of cardboard at the Workshop Shopping Complex in central Durban. Over the eight years that she has worked here, Maria developed relationships with the security guards and workers from the stores. “They all love me here” says Maria with a little smile and without conceit.“This is my job, and I love it. I don’t have a boss who tells me what to do or when to take my breaks”.

In her line of work she is one of the lucky few who has a base. The others must either trawl the inner city and surrounding suburbs or approach local businesses for cardboard. Despite Maria’s charismatic pitch of her line of work, it’s long, hard and grim business. After the loss of her husband Maria worked at a cleaning company. Her wage was meagre and she could not support her six children. It was this which spurred her to join the informal cardboard collectors, who after hours of hard work earn between R50 to R100 a day. After a few years of collecting cardboard from neighbouring businesses Maria met Africa Ntuli, who has been taking care of the waste at the Workshop and has been in informal recycling for 25 years. Impressed by Maria’s commitment and hard work he let her into his domain at the Workshop.

“We used to be chased by policemen, and we had to hide our trolleys”, says Maria.That was before the assistance of Asiye Etafuleni, an NPO who together with Imagine Durban and Sustainable Cities, Canada, have been trying to improve the conditions of informal recyclers. “Our long term plan is to change the infrastructure of the city to incorporate the informal recyclers by providing specific collection areas” says Tasmi Quazi who facilitates this project. “Urban design and planning needs to proactively accommodate informal workers”.

Asiye Etafuleni focuses on two collection points in Durban, Palmer Street and Pine Street. “Cardboard collection by the informal sector is a vital link in the green economy. The recycling evolved naturally from the demand for cardboard from buy back centres and the accessibility to litter from the streets of Durban.”

Over the past three years Asiye Etafuleni has researched and developed prototypes of trolleys for the recyclers, who circulate them among themselves. They have also been given aprons and gloves and name badges, which Maria dons with pride. Yet what seems to have added the most value to their working lives is the letter which validates them as part of the project. “Our focus is to give these formerly marginalised individuals voice, validity and visibility” says Tasmi. “Sadly, they are often seen as scavengers and as a nuisance by many. Their environmental and social significance, however, is enormous. “ 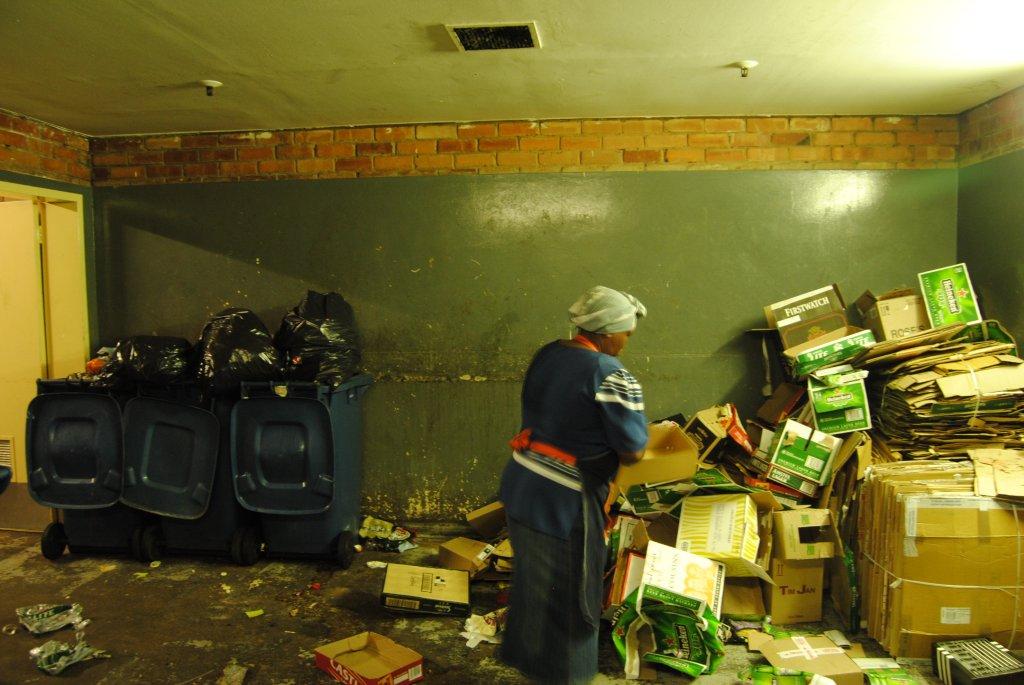