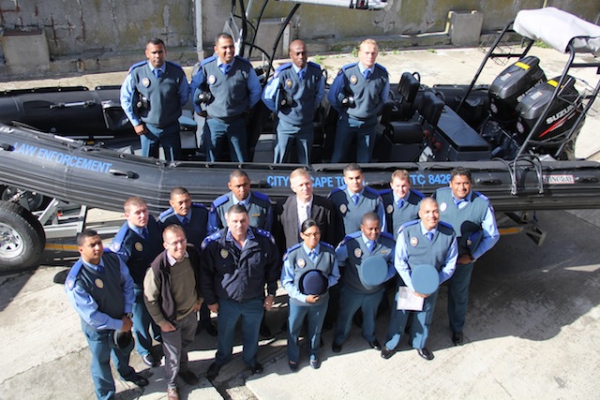 ‘The general adherence to size and bag limits is a testament to the success of ongoing compliance operations. For the duration of the operation (15 – 17 November 2013) a total 547 WCRL permits were checked, and a total of 1 920 WCRL were caught. A total of 144 vessels were also checked during the operation,’ said the City’s Mayoral Committee Member for Safety and Security, Alderman JP Smith.

The majority of the WCRL were landed at the Kommetjie slipway and commercial snoek catches were monitored at the Millers Point Slipway with a total of 26 commercial fishing permits checked and a catch of 13 151 snoek recorded.

A total of seven fines with a total value of R3 050 were issued in terms of the Marine Living Resources Act for fishing without a permit, exceeding the bag limit and not having a permit available for inspection. Three suspects were arrested outside the Soetwater Coastal Resort for being in possession of large quantities of WCRL and abalone. Officers confiscated 18 whole WCRL, 29 WCRL tails, 1 WCRL in berry, three whole abalone and diving equipment.

Six fines were issued in terms of the Traffic Act for unlicensed motor vehicles and/or trailers to the value of R4 200.

Members of the public are reminded of the dates and bag limits for the 2013/2014 WCRL season:

Members of the public are encouraged to report any illegal activity to the City’s law enforcement control room on 021 596 1999.