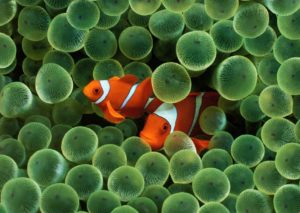 Could we ever fully appreciate and value the essential role which the oceans play in our world’s ecology and the future health of our planet? Most of us suffer from what is called ‘sea blindness’ – not understanding the role of our seas.

I had the privilege to experience a passionate talk by THE Sea Mother, also known as Her Deepness, Dr. Sylvia Earle at the launch of the Sea Pledge Coastal Tour in Cape Town. If you read her life story you will find that her whole life is a sea pledge! She is also in the country to receive her 23rd honorary doctorate.

The Sea Pledge Saldanha to Sodwana Coastal Tour is the local leg of a tour which started overseas a year ago and 2 000-kilometer journey generating opportunities for local communities who depend on the ocean for their livelihoods and ocean lovers. Along the way Dr. Earle and other scientists have been encouraging everyone to take care of the ocean.

This gathering of signatories to the SEA Pledge is an initiative by the Sustainable Seas Trust (SST) and the South African Maritime Safety Authority (SAMSA).

Most distinguished oceanographer of our time

Dr. Earle is often referred to as ‘the most distinguished oceanographer of our time,’ as she is a scientist, explorer and the person on this planet who has spent the longest time under the ocean waters, studying life and interactions between sea creatures.

“It’s a pity that in our society the fish are only valued when they’re dead,” she said.

In fact this formidable tiny woman had stopped logging her hours after 7000.

Dr. Earle is explorer in residence for the U.S. National Oceanic and Atmospheric Administration (NOAA), which develops marine sanctuaries in as many oceans as possible. Images illustrating our blue planet of which we know so little is delivering unprecedented knowledge. 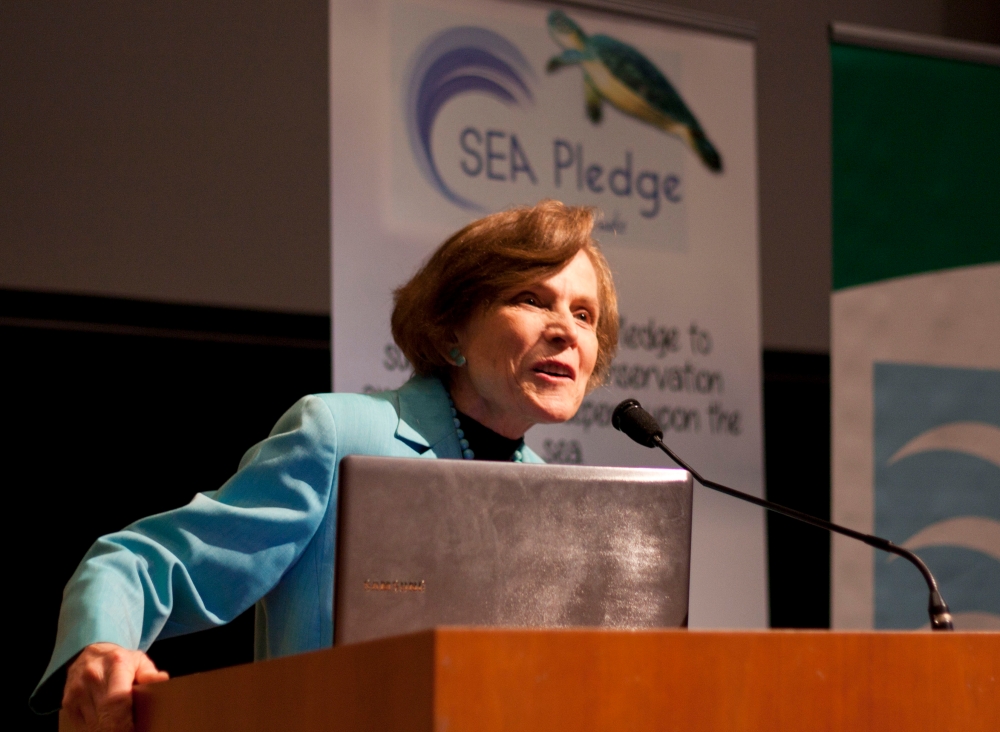 Dr. Sylvia Earle at the launch of the Sea Pledge Coastal Tour in Cape Town.

Here are some highlights from her talk:

“The ocean has taken care of us all of history. Now we have to take care of her,” she said.

Most of life on this planet is under the ocean waters, which is on average 5000 meters deep – yet there’s light all the way in the form of self-illuminated jellies and fluorescent swimming creatures.

”We have only seen 5% of the ocean. Most of our oxygen comes from phytoplankton in the oceans – 70% comes from living creatures in the sea. The ocean is the planet’s great thermal regulator.

“It’s a miracle that we’re here at all,” she said.

Capacity to alter the nature of nature

“Now we know that we have the capacity to alter the nature of nature. Actions to protect the oceans only started in 1970, when the first Ocean Park was created. Over the past 10 000 years there have been stable ups and downs on this planet, but we now have to hold together the very conditions that make our lives possible.

Luckily we now know what is needed. We have turned the lights on across the planet, but now we know we cannot continue to pursue prosperity at all cost.

Now we know about the 20/80 dilemma. Ten years ago we didn’t know about ocean acidification. What else is out there that we don’t know about? We know we have problems, like poverty along the coastline. People who depend on the ocean is having their life supporting systems taken from them.

Can we pull back now?

Today 96% of bluefin tuna are already gone. Can we pull back now and create safe havens for our fish resources? We need to stop killing them! We have the power to eliminate all tuna. Our new taste for sushi is sweeping the oceans clean. Tuna fish know nothing about borders.

We need to restrict fishing areas so that fish can replenish themselves again. 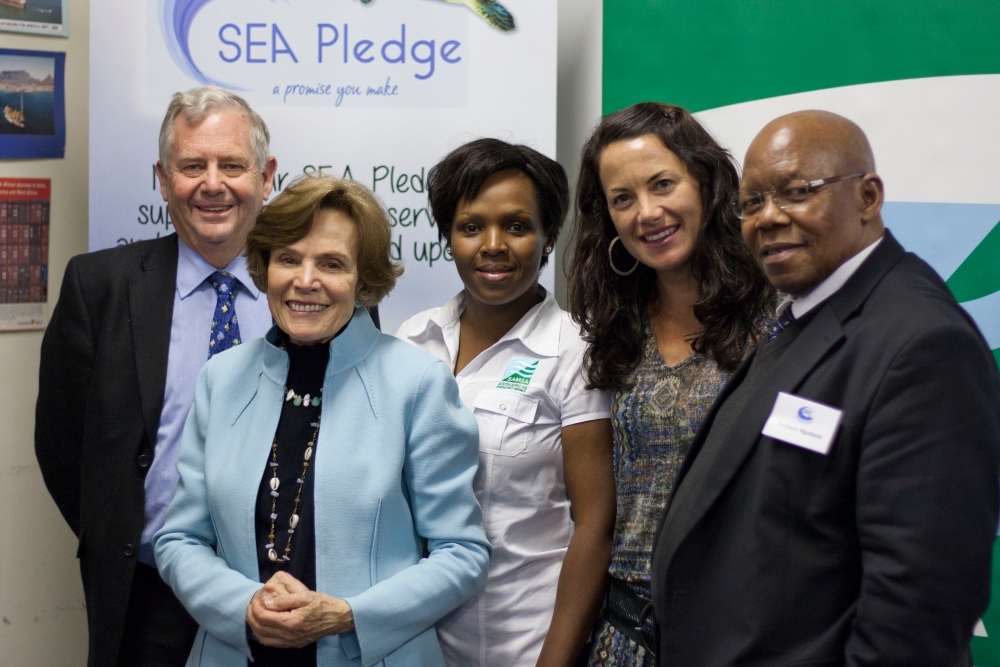 More than 99% of the ocean is open to fishing now. Techniques that would never be allowed on land are used, like trawling – taking with it the entire ecosystem. Various safe havens have been created for fish, like surrounding the Hawaiian hot spots and also in the Western Pacific.

The problem is that half the world’s oceans are beyond jurisdiction. Everyone should have a voice to protect this Wild West accessed by some. This is the moment in history that can have a profound impact. We can do what no one before could ever do. Lucky us – we can do what our grandparents couldn’t do.

All destruction happened in our time

Half the coral reefs have already disappeared and now the mangroves are on their way out too. All in our time. We are witnessing all this destruction. Coral bleaching through ocean acidification is stripping the critical elements that keep them alive.

We don’t have to eat krill for the omega oils, we can get them by growing plankton. Dr. Earle is the founder of Mission Blue to take care of the blue systems.

Dr. Earle spends most of her time in a little submarine to explore the ocean at 700 meters down. 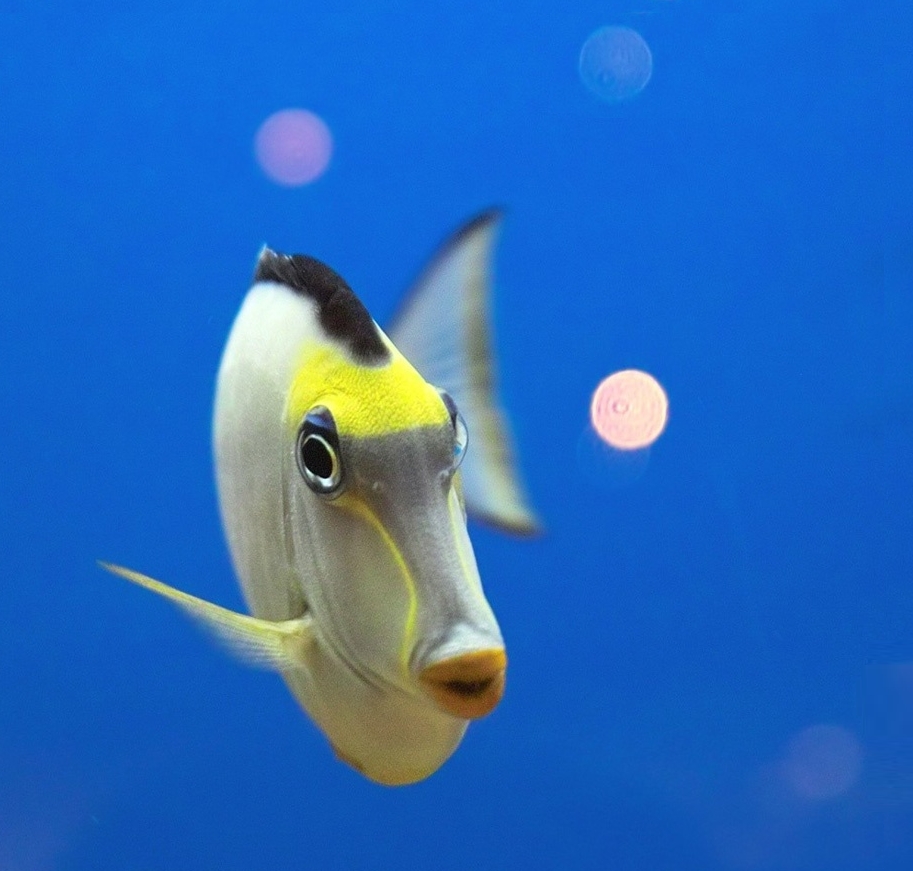 “It is not enough to know how good they taste – we need to understand their other values that we are just beginning to glimpse. We have a lot to learn from fish. James Cameron who makes films so he can indulge his passion for adventure, is discovering 12-13 new species of fish per hour in the twilight zone, the middle band.”

What were you thinking?

We have no idea what the noise of all the ships moving all over the place is doing to the sea creatures. Mammals and sea creatures are sensitive to sounds, so too crustaceans.

“What were you thinking?” is what people will say about us in the future, if we don’t take action now. Here in South Africa we can dream up solutions that could serve as models for the rest of the world. If we could go back 50 to 100 years, knowing what we know now, what would we do differently? Which creatures would we have looked after that have since died out?

The backdrop to this passionate plea was projected onto a big screen: image after image of the bright and trusting eyes of magnificent fish photographed in safety in the depths of their own home.

You will understand why some of us ended up in tears and were relieved that sushi was not on the menu of the meal served afterwards. Please follow the links, sign the Sea Pledge and determine the source of your food and the impact thereof.