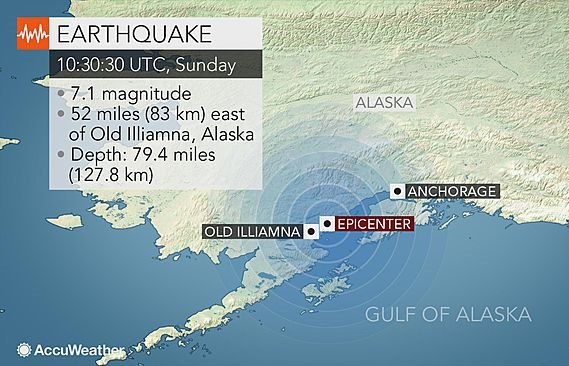 The earthquake was felt in Anchorage and caused power outages in the region. At least 10,000 customers were without electricity in the Anchorage area on Sunday morning, utilities reported.

The earthquake caused several outages in Willow and several other feeder outages, especially impacting the Palmer area, the Matanuska Electric Association said on its Facebook page. 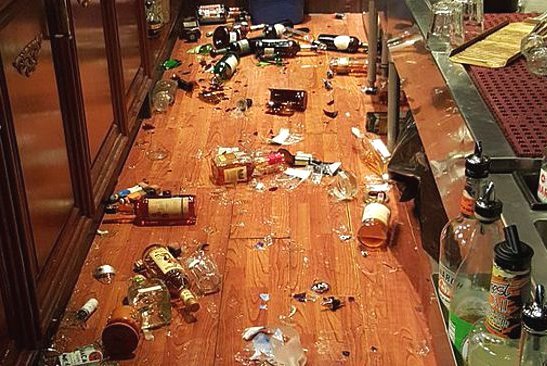 Bottles flew off the shelves at the Upper Deck in Kenai, Ala. Image: Twitter / Laura Peterkin.

No tsunami was expected along the U.S. West Coast or in the Pacific Basin, the National Tsunami Warning Centre said on its website. There were at least 15 aftershocks since the major quake, the Alaska Earthquake Centre at the University of Alaska, Fairbanks, reported.

Canadian officials also said no tsunami was expected on the British Columbia coast.

Seismographs in Norway picked up the movement from the Alaskan quake, according to a Norwegian seismologist.

“Some light snow showers mixed with rain during the afternoon hours is expected through Monday,” AccuWeather Meteorologist Courtney Spamer said.

Any light accumulation before temperatures rise above freezing could cause some slick spots, hindering clean-up efforts.

The largest recorded earthquake in the Anchorage area was a 9.2-magnitude temblor, which generated a massive tsunami in March 1964. More than 130 people died in the earthquake and tsunami.