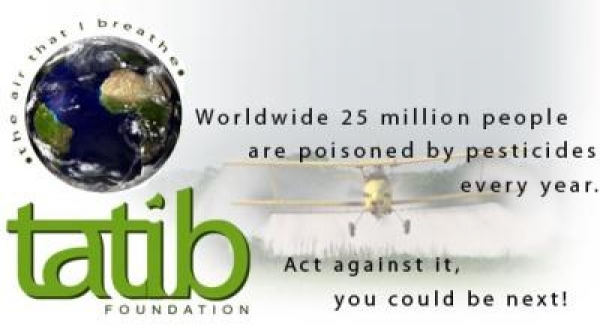 A public meeting organised by The Air That I Breathe Foundation (TATIB) with the Stellenbosch city manager to discuss the issue of spray drift stalled this morning when planning, property and integrated human settlements director Basil Davidson, who deputised for the city manager at short notice, refused to proceed with the meeting until members of the media had left the room.

The meeting took place at 11.30am Monday, January 24 at the Municipality’s offices adjacent to the town hall. Two members of the media were present, a number of municipal officials, and a number of members of TATIB, lead by Ian Odendaal. Jurgen Schirmacher, a founding member of TATIB, and a well known environmental activist participated in the meeting via Skype from Australia where he currently resides.

Davidson, in his opening comments welcomed the TATIB delegation, and assured them that it was in the municipality’s interests to address the issues at hand because ‘Stellenbosch has some of the most expensive real estate in the country’ and that this must be protected.

Davidson unilaterally assumed the chairperson of the meeting after an exchange with Odendaal, in which he initially refused to accept the agenda proposed beforehand by TATIB.

He then asked all present to introduced themselves and to state their interest in the proceedings, and once he realised the media was present, he refused to proceed.

Odendaal and Schirmacher both challenged his decision, citing the need for transparency, but Davidson insisted that it is the policy of the municipality that the media are not permitted to be present in ‘planning meetings’ where matters of a ‘technical nature’ are discussed.

At one point he agreed to observe the TATIB agenda, but only if the media left the meeting.

Odendaal pointed out that the meeting was in fact a public meeting called at the request of TATIB, as a follow-up to a series of meetings last year with community services and public safety, the last of which took place on May 25. Certain undertakings had apparently been made at those meetings, and TATIB wanted feedback on the progress the municipality has made on those undertakings.

Schirmacher said that in his view the municipality ‘must have something to hide’ if Donaldson insisted that the media leave the meeting, but Donaldson was adamant.

When challenged by a member of the media to divulge who had ordered him to exclude the media, he said that it ‘wasn’t a person, but a municipal policy.’

When asked to produce the written policy, he said ‘We’ll have to get our hands on it then forward it to you.’

He agreed that the minutes of the meeting could be made available to the media, and also to the media having free access to speak directly to the officials present at the meeting, if the media had any questions about what is recorded in the minutes, adding ‘That’s normal procedure.’

Both members of the media then agreed to withdraw from the meeting, albeit it under protest, to ensure that the meeting was not postponed.