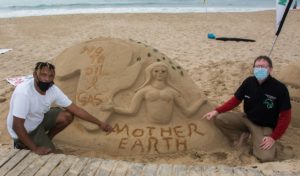 In the wake of government’s indication that it intends to adopt gas as a transition fuel to get to renewable energy sources, the Green Connection has released a damning, and eye-opening research report on the effects of methane gas (CH4) emissions – the second largest cause of global warming – on the environment.

The report reveals that the use of gas poses a real threat to South Africa meeting its Paris Agreement on Climate Change conditions, as well as threatening the environment.

The Green Connection’s Geologist Jan Arkert says, “Natural gas extracted from conventional and unconventional sources consists of combinations of different gases, of which methane constitutes the greatest portion. Also called fossil gas, natural gas is a naturally-occurring hydrocarbon gas mixture, consisting primarily of methane. While CH4 tends to receive less attention than carbon dioxide (CO2), in the discussion of greenhouse gases (GHG), reducing methane emissions will be critical if we hope to avoid the worst effects of climate change.”

“The largest source of global methane emissions from human activity is agriculture – responsible for around a quarter of the total, closely followed by the energy sector – which includes emissions from coal, oil, natural gas and biofuels. It was envisioned that the decarbonisation of South Africa’s economy will focus primarily on the electricity sector in the 2020’s, and moving the transport sector towards low-emission vehicles in the 2030’s. However, the country is way off its targets,” says Arkert. 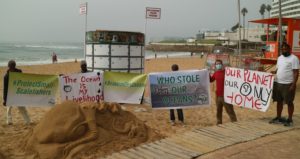 Applying loose calculations to the Integrated Resource Plan of 2019 (IRP2019), it is realistic that the country will emit 272 metric tons of carbon dioxide equivalent (MTCO2 Eq.) per year by 2030, from electricity generation alone. And since no significant amendments have been considered in the draft Intended Nationally Determined Contribution (INDC), following 231 MTCO2 Eq. emissions in 2016 – it is apparent that South Africa will struggle to achieve its goals by 2030.

The climate actions communicated in INDCs, largely determine whether the world achieves the long-term goals of the Paris Agreement – to hold the increase in global average temperature to well-below 2°C, pursue efforts to limit the increase to 1.5°C and to achieve net-zero emissions in the second half of this century. However, government’s recent acknowledgement that it intends to include Karpowerships as a solution to South Africa’s emergency energy supply, effectively tying the country to fossil fuels for another 20 years, clearly further exacerbates the situation. 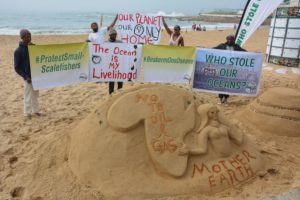 He says, “In 2018, South Africa’s CO2 emissions were 1.31% of the world’s total emissions. With this in mind, if South Africa – a country that has approximately 0.7% of the world’s population – were to exploit the estimated domestic oil and gas resources and continue to use coal, although at a reduced rate as indicated in the IRP (2019), we will consume about 4.4% of the planet’s carbon budget. This places our INDC pledge outside a “fair share” of the emissions cuts needed to meet the goals of the Paris Agreement, and “not at all” consistent with limiting global warming to less than 2C or 1.5C.”

Arkert says that if all governments had similar targets, global temperature rise would likely reach 3-4 degrees Celsius by 2100. Under its currently-implemented policies and assuming continued low economic growth, South Africa will reach the upper end of its 2030 emission reduction targets in 2020 and 2025. By 2030, emissions would breach South Africa’s current NDC pledge, with emissions around 27 MTCO2 Eq. higher than the upper end of the target.

According to The Green Connection’s Strategic Lead Liziwe McDaid, “South Africa must implement strong and more decisive policies that will divert the country away from the continuing use of fossil fuels into the future.” 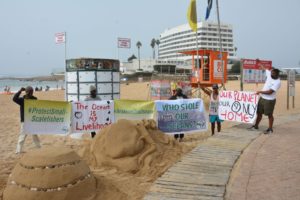