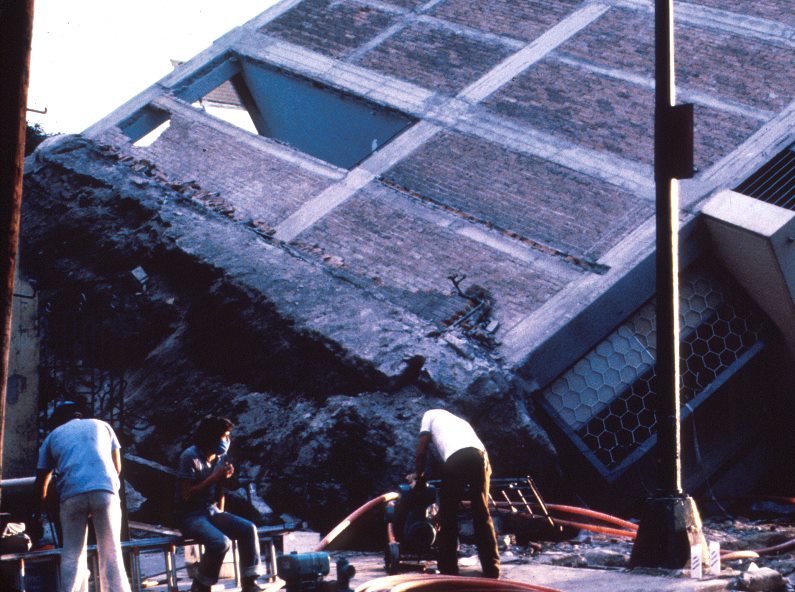 The death toll from Mexico’s magnitude 7.1 earthquake rose to 361 on Sunday after another casualty was confirmed in the capital, where a search continued at a collapsed seven-story office building in a central neighborhood.

National Civil Defense chief Luis Felipe Puente reported on Twitter that the dead include 220 people killed in Mexico City by the Sept. 19 quake. The rest were in Morelos, Puebla and three other states.

The toll has continued to climb gradually nearly two weeks after the earthquake as bodies keep being pulled from the rubble — though nearly all the collapse sites have been cleared by now in Mexico City.

Mayor Miguel Angel Mancera said eight people were still believed to be missing inside the wreckage of the office building, one of 38 structures that toppled in the capital.

Rescuers “continue to work intensely” at the site, Mancera said in a Sunday briefing on rescue and recovery efforts.

He also confirmed the latest figure of 220 dead in his city and said all but one had been identified. Female victims outnumbered male victims 136 to 84, and 29 of the dead were children.

Mancera said 25 people remained hospitalized, including four whose condition was given as “red” and 21 listed as “yellow.”

Thousands of civilians formed volunteer brigades to clear rubble and offer other help at the collapse sites, and many more have donated money, medicines and supplies at collection centers.

Mancera said officials were in the process of compiling a database of those volunteers to create a kind of “emergency corps in Mexico City where we know who to call, who to activate, who to contact” in a future crisis. He said it would still be strictly on a volunteer basis.

“The response of solidarity that Mexico City has had from civil society should not be cast aside,” the mayor said.

Mancera added that he would present a “digital risk atlas” in the coming days for the city, much of which lies on the soft soil of a former lakebed and is particularly vulnerable to earthquakes.

On Saturday, the mayor noted some people have set the sound of the city’s seismic alarm as their cellphone ringtone and urged them to remove it, saying it has provoked anxiety among a still-jittery populace.

“It causes great confusion,” he said. “We have had 911 calls asking us if (the alarm) was activated.”