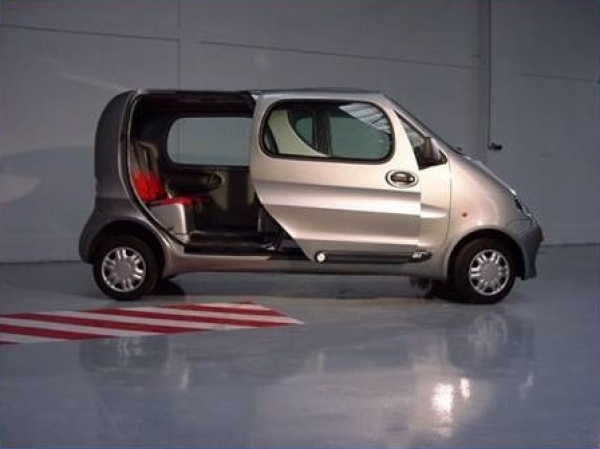 With the costs of fuel rising to ever-depressing heights, the time is right for an alternative option. Luckily, Tata Motors is ready to introduce MiniCAT, the car which runs on compressed air!

Tata Motors has been taking giant strides and making history for itself.  First the Land Rover/Jaguar deal, then the world’s cheapest car, and now this. The Air Car would have a range of close to 200 miles between refuels. Tata is aiming to release the Mini CAT Air Car in India in 2012 with prices starting at around $12,700.

The vehicle itself is a six-seat mini van using two 340-litre carbon fibre gas tanks which are filled with air to 4350psi.

The MiniCAT which is a simple, light urban car, with a tubular chassis that is glued, not welded, and a body of fiberglass powered by compressed air. Micro-controllers are used in every device in the car, so one tiny radio transmitter sends instructions to the lights, indicators, etc.

There are no keys; just  an access card which can be read by the car from your  pocket.  According to the designers, it costs less than a tenth to operate compared to a car running on gasoline. Also, the air car will give about 300 kms after each refill of approximately R10,00. Its mileage is about double that of even the most advanced electric car, a factor which makes a perfect choice in cities where 80% of motorists drive less than 40 miles per day. The MiniCAT has a top speed of 65 miles per hour. Refilling the car will, once the market develops, take place at adapted petrol stations to administer compressed air. In two or three minutes, and at a cost of approximately two dollars, the car will be ready to go another 200 miles.

As a viable fueling alternative, the MiniCAT carries a small compressor which  can be connected to a 220V outlet to refill the tank in 3-4 hours.

Due to the absence of combustion and, consequently, of residues, changing the oil (1 quart of vegetable oil) is necessary only every 30 thousand miles. And due to its simplicity, there is very little maintenance to be done on this car. 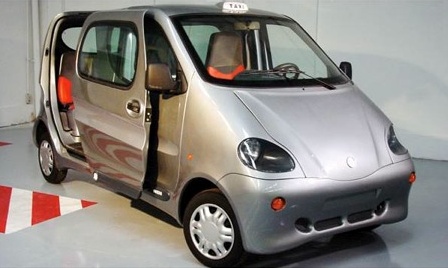 Since the temperature of the clean air expelled by the exhaust pipe is between 0-15 degrees below zero, it can be used to air condition the MiniCAT with no loss of power or mileage.

The vehicle was developed by ex-Formula One engineer Guy Nigre.

It would have a fiberglass body and microcontrollers will be used for all operations. Change in oil would be required every 50,000 kms and, yes, 1 litre of vegetable oil would do the trick.

This car can also be filled at home with it’s on board compressor.  It will take 3-4 hours to refill the tank, but it can be done while you sleep.