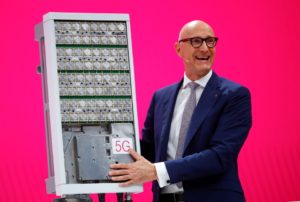 The government has been put under intense pressure to assure South Africans that the roll-out of 5G will not pose health risks, such as increased cancer cases.

Civil protests have erupted in many countries across the world against the fifth generation cellular network technology, as doctors and scientists have warned that it would substantially increase exposure to radiofrequency electromagnetic fields (RF-EMF).

“RF-EMF has been proven to be harmful for humans and the environment,” said a 2017 memorandum signed by 180 scientists and doctors from 35 countries. They recommended a moratorium on the roll-out of 5G.

The memorandum served as a springboard for anti-5G protests in countries including Switzerland, Australia, Germany, Uruguay and the US.

In South Africa, the roll-out began earlier this year without any opposition.

But an MP has started asking the government questions about the safety of the technology.