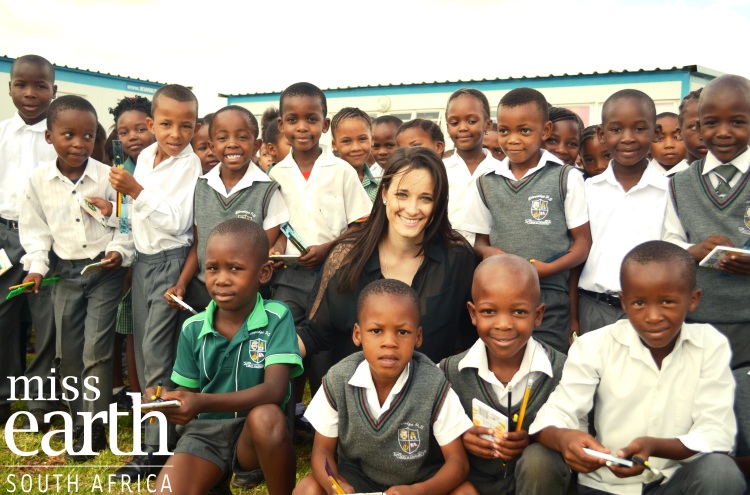 In addition to the over 7,000 learners whose lives were changed by the initial stationery distribution, which took place on 12, 13 and 14 February, Miss Earth South Africa this week joined forces with Caxton South Newspaper Marketing Department to touch the lives of an additional 2,000 learners in Thokoza and Johannesburg South.

Thanks to the donations of corporate sponsors and the general public alike the lives of these young learners have been enriched.

On Friday 22 February, working with members of the Caxton Newspaper Group, based in the South of Johannesburg, Eye of Africa, The Glen Shopping Centre and Osiris Trading, the Miss Earth South Africa visited schools in Thokoza, Eden Park and South Hills to deliver in excess of 2,000 stationery packs and exercise books, printed and sponsored by Sappi.

The BP “Ads to Bags” campaign provided the drive with 1000 up-cycled billboard bags for the learner. Learners in Eden Park Ext 5, Crestview and Montanus were spoken to about responsibility, education and believing in themselves and always working hard to achieve their absolute best.

In the upcoming weeks the Miss Earth South Africa will also visit Suidheuwels and Die Mossie and Elethu Themba Primary Schools in association with the Caxton Newspaper Group. 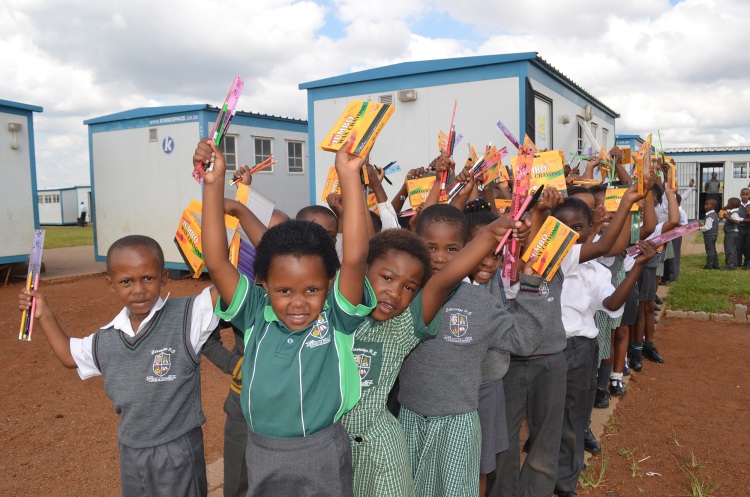 “The contributions of the public is what makes it possible for us to equip these learners with the stationery they need to make the most of their education,” said Miss Earth South Africa National Director, Catherine Constantinides.

Ella Bella, the organisation’s Educational Officer and Stationery Drive Programme Co-ordinator, said that many of the children were so overwhelmed with joy and pride to have their own set of stationery that they asked if they had to give it back.

Placing value in our education system

Many of the children had never used let alone owned their own colour pencils or wax crayons. Ella Bella went on to explain this is about “placing value in our education system, assisting the learning and valuing the young generation”.

The Miss Earth South Africa will continue its distributions in the Gauteng region during the coming weeks before moving to KwaZulu Natal and the Western Cape during April.

In addition, a number of stationery packs are sent to schools in Limpopo and North West with which the organisation has a relationship. The corporates that have been involved in collecting stationery and helping with distribution are Consol, IMPERIAL Toyota, Tsogo Sun, Investec Banking, PDNA Auditors and Riso Africa Solar Printers have all given time and resources for the learners around South Africa to benefit from this campaign.

For more information about how you can get involved, please visit the Miss Earth South Africa website, Tweet @missearth_sa or email the office at info@missearthsa.co.za.