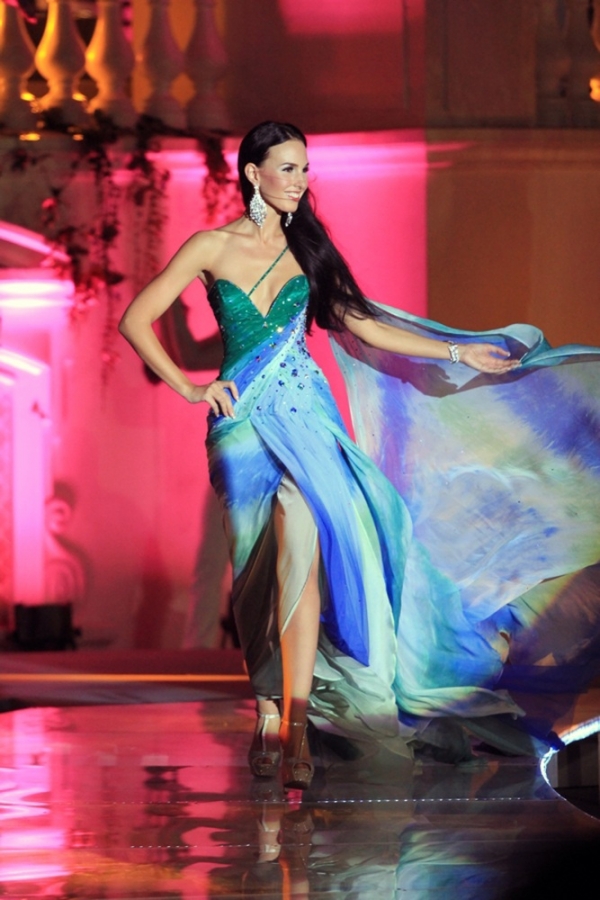 Tamerin Jardine, the gorgeous Miss Earth SA 2012, strutting her stuff on the international stage at the Miss Earth 2012, held this weekend in Manila, Philippines.

Johannesburg-based environmentalist and law graduate, Tamerin Jardine, placed in the Top 8 at the 13th International Miss Earth at a star-studded, glittering gala showcase event at the Versailles Palace, Alabang in Manila, Philippines on Saturday night. From the outset this 25-year-old was a favourite with avid competition followers and pundits alike and from the minute she touched down in Manila, Jardine did not disappoint.

After less than a week in Manila, Jardine had already bagged 3 Gold Medals and had become a fast favourite with the locals, having won a Public Choice award on only her second day in the city. As Tamerin progressed through the various stages of the competition, such as Environmental Education Seminars at local schools and numerous tests of the contestants’ environmental knowledge, she continued to impress, performing well at every task, taking Bronze in Swimwear, Silver in National Costume and Gold in Evening Wear.

Jardine remained at the top of the medal standings throughout the duration of the competition, bringing home a total of 4 Gold, 2 Sliver, 2 Bronze and a special award from HP Philippines for her innovative ideas and vision for the future of technology and the environment. Consistently a world-class performance ensured that Tamerin Jardine would definitely place in the Top 8 in the competition.

Miss Earth South Africa has a long-standing relationship with the Department of Environmental Affairs and the Minister of Water and Environmental Affairs, Ms Edna Molewa, was thrilled to hear the news of Tamerin’s success, “I jubilate having heard the news. Our country and South Africa’s environment loving and caring youth are very proud of her. Tamarin is up to the challenge of being a champion for Mother Earth.”

Sustainable Energy was the 2012 theme of Miss Earth and this carried through to projects and campaigns initiated by each young lady in her home country. Tamerin focussed her light harvesting projects with Miss Earth South Africa in Duduza, Ekhuruleni. This campaign saw her install light into the homes of shack dwellers that had no natural light filtering through their dwellings during daylight hours. 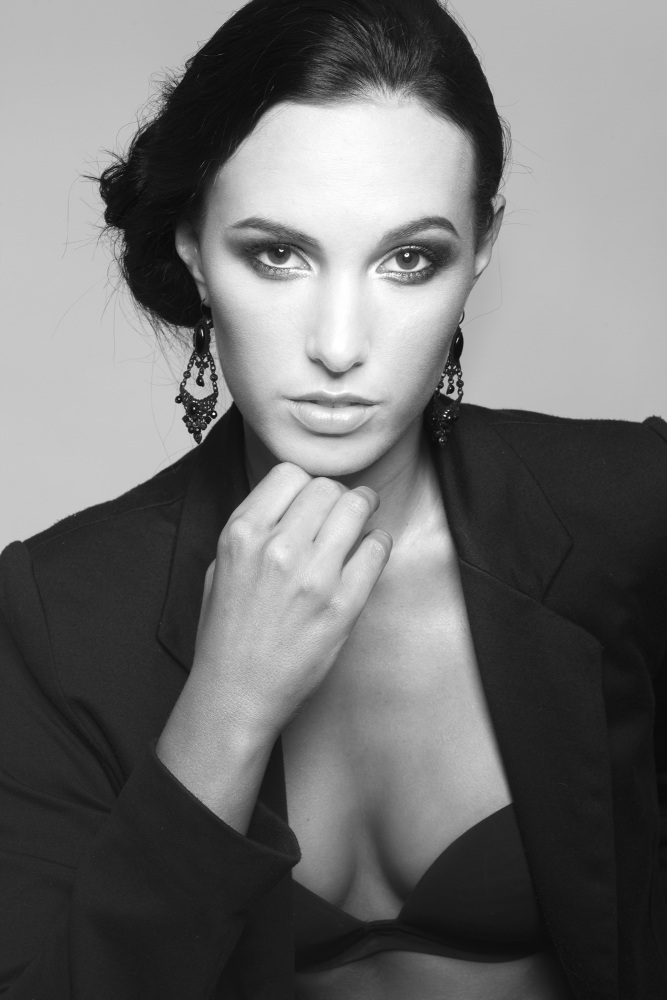 This campaign was then linked to the installation of solar panels that then provide LED lighting to these people during the evening. Energy Efficiency collaborations with 49M have assisted to get messages out, of responsible energy use to the general public at large.

On the night, Tamerin was one of 92 delegates from across the globe that had spent a month in the South East Asian country promoting sustainability for all, renewable energy usage and environmental awareness. Our very own Miss Earth South Africa in association with Consol 2012 was dressed by South African designers, the award winning Cape Town-based Victor Kok of VictorK Dress Designs and Johannesburg designer JJ Schoeman. Tamerin had stiff competition going into the final 8 with local beauty, Stephany Stefanowitz, among the ladies named in the Top 8. 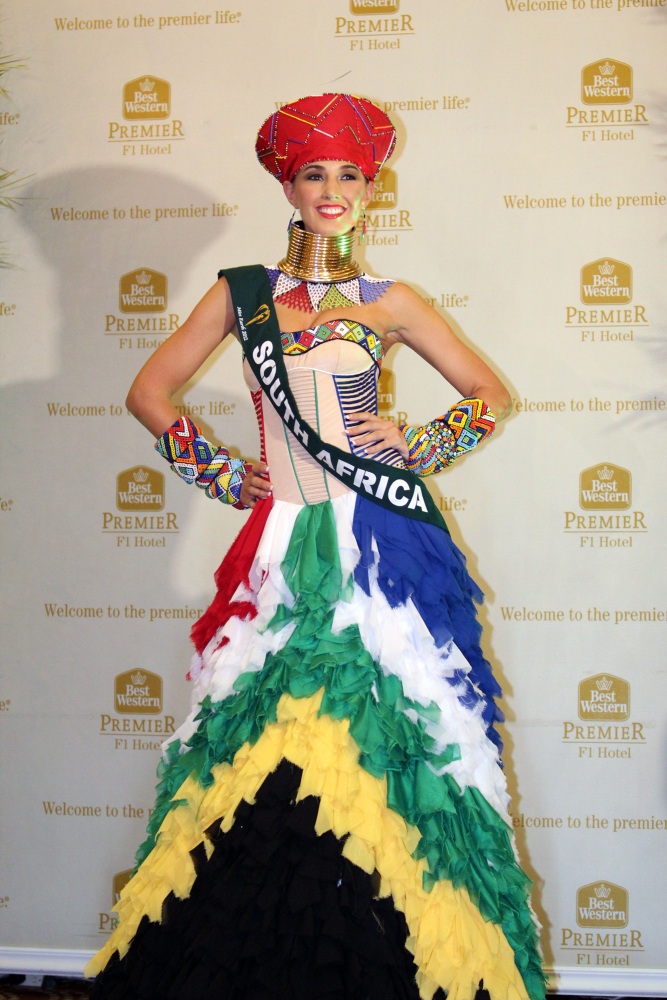 Air, fire and water the runners up

Miss Earth South Africa National Directors, Ella Bella and Catherine Constantinides had this to say shortly after the glittering event in Manila, “Having celebrated 10 years of environmental advocacy this year, we have seen our organisation achieve so many milestones, including planting our 20 000th tree in schools and under greened communities with Consol, IMPERIAL Toyota and Tsogo Sun, distributing 10 000 stationery packs to desperately underprivileged children, and extending our educational programmes into Africa in countries such as Tanzania, Kenya and Zambia. Seeing Tamerin achieve so much in the Philippines is affirmation of our extensive on-the-ground work, and community greening programmes. This incredible South African ambassador has flown our flag with pride and environmental integrity and we are so proud of her achievements here.”

Jardine returns to South Africa with a wealth of knowledge and experience gained during this whirlwind competition. In the coming months she will be part of the team driving the Miss Earth South African organisation into their 11th year. She will continue to be involved in numerous energy efficiency campaigns, greening initiatives as well as the Miss Earth South Africa’s annual Stationery Drive, which kicks off in January 2013.