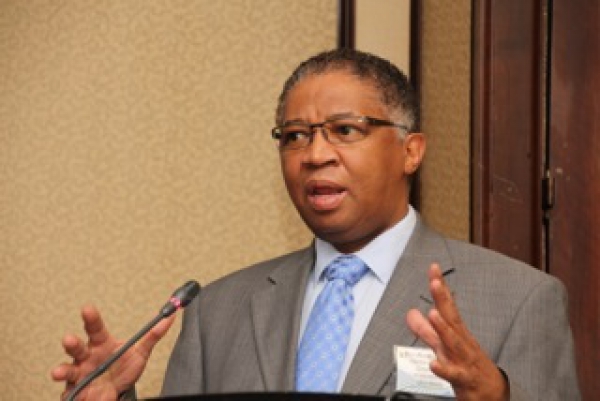 The recently held Department of Science and Technology and Human Science Research Council’s Science Seminar revolved around the complexity of measuring and understanding food security.

Practically, such scientific knowledge is meant to guide Government policy, in accordance to the National Development Plan, towards food security and its associated programmes, such as pregnant woman and school feeding programmes.

As interdisciplinary presentations and discussion on the cusp of measuring and understanding complex phenomena tends to do, a number of the speakers – especially Dr Jane Battersby from the African Food Security Urban Network – fascinatingly opened the door to their respective edges of research, leaving one with glimpses of insight into our country and its often bewildering complexities.

Examples of perplexity clarified by Dr Jane BattersbyÂÂ included how “rural” vs. “urban” (instead of “informal” and “formal”) and mistaking percentages for proportions (in reality 21% of food insecure households in Limpopo (40 000) is actually a mere third of the 7% in Gauteng (119 000)) may lead to misplaced policy and misunderstanding whereby food insecurity is too often described by politicians as a “rural problem”.

My impression is that a simplified continuum of food security in SA span from food insecure to food secure:ÂÂ ÂÂ the double burden of hunger and malnutrition of the severely to moderate food insecure (77% of our population survive under the respective1$ and 2$ benchmarks), to malnutrition, to obesity, to more stable access to sufficiently safe and nutritious food that meets the dietary needs and preference for an active and healthy lifestyle.

That said, over 200 definitions of food security exist while a gold standard glaringly does not. Again sticking my neck out where academics seem to dance; our understanding of phenomena leads to policies and actions, and it appears that a quantitive golden standard would simply not suffice anyway, instead confuse and oversimplify in a general kind of misguided policy way. 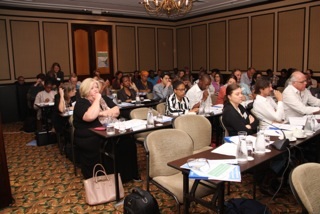 Put differently, various food security measurements are inherently limited and determined by the “definition” in the first place, resulting in biases, and ignorance of the illuminating benefits that geographically placed multi-level investigations into household, neighbourhood and community experience of food challenges in a day to day livid reality provides.

Enter the specificity of context rich qualitative research that look into the broader environment ( beyond income or household factors) for drivers of food insecurity, in due course hopefully closing the gap between dimensional understanding of urban food insecurity and effective policy as well as local – Municipal level -ÂÂ responses to the particular challenges community members deal with, such as social grants paid at shopping centres (franchised and more expensive in poorer areas) or the vendor type and foods within townships for people who work and travel long hours.

Another interesting indicator of and key driver for food security that Professor Nelia Steyn from the Human Sciences Research Council explained is Diet Diversity (or as a measurement the Dietary Diversity Score). Low diversity with fortification is nutritionally less beneficial than diverse diets, given quality of foods accessed.

A literally growing phenomenon that Professor Steyn and Dr Jean-Claude Moubarac (McGill University) warned about is the raise of obesity. This modern day phenomena has at its root the preference for addictive, energy dense and harmful “ultra-processed foods”, i.e. foods that may be defined as assemblages of ultra-processed components. Thus, food insecurity in this instance is related to a habituating diet that leads to obesity, as opposed to the food security and health benefit from home cooking that includes diverse raw and semi-processed foodstuff.

On the positive side, international experience shows that tax on highly processed foods benefitted food security. It remains unclear if South Africa’s political leadership has the will to use the evidence appropriately. And if not, brace yourself for the raise of the food zombie, another disastrous outcome of industrialisation and globalisation.

Mr Christo Joubert, from the National Agricultural Marketing Council, warned, amongst other things, that the impact of high food prices may include more and increasinglyÂÂ food insecure households (malnutrition, hunger & starvation), social unrest and food riots.

Food security, like peak oil, resource peak, population explosion, demise of ecological functions, GMO’s, globalisation, exponential growth and ponzi-fiat money, is a big topic and a seminar on food security indicators and measurements thereof to guide policy tells us more about where we are at than where we are heading.

In the movie The Matrix, Morpheus asks Neo to choose between the red (reality trip) or blue (ignorance is bliss) pill. For the reader who wishes to take the red pill, click here.

Andreas is a dreamer working on the Prosperity Project, a holistically integrated food security project at Rietenbosch Primary (Stellenbosch): “…the school as an oasis for whole child development, the school as a community centre…”.