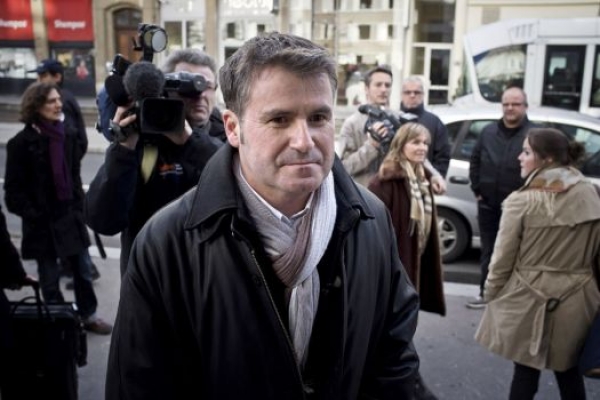 A French court has declared U.S. biotech giant Monsanto guilty of chemical poisoning of a French farmer, a judgment that could lend weight to other health claims against pesticides.

In the first such case heard in court in France, grain grower Paul Francois, 47, said he suffered neurological problems including memory loss, headaches and stammering after inhaling Monsanto’s Lasso weedkiller in 2004. He blames the agri-business giant for not providing adequate warnings on the product label.

The ruling was given by a court in Lyon, southeast France, which ordered an expert opinion of Francois’s losses to establish the amount of damages.

“It is a historic decision in so far as it is the first time that a (pesticide) maker is found guilty of such a poisoning,” said his lawyer François Lafforgue.

Monsanto said it was disappointed by the ruling and would examine whether to appeal the judgment.

“Monsanto always considered that there were not sufficient elements to establish a causal relationship between Paul Francois’s symptoms and a potential poisoning,” said the company’s lawyer, Jean-Philippe Delsart.

Previous health claims from farmers have floundered because of the difficulty of establishing clear links between illnesses and exposure to pesticides.

Francois and other farmers suffering from illness set up an association last year to make a case that their health problems should be linked to their use of crop protection products.

The agricultural branch of the French social security system says that since 1996, it has gathered farmers’ reports of sickness potentially related to pesticides, with about 200 alerts a year.

But only about 47 cases have been recognized as due to pesticides in the past 10 years. Francois, who suffers from neurological problems, obtained work invalidity status only after a court appeal.

The Francois case goes back to a period of intensive use of crop-protection chemicals in the European Union. The EU and its member countries have since banned a large number of substances considered dangerous.

Lasso, a pre-emergent soil-applied herbicide that has been used since the 1960s to control grasses and broadleaf weeds in farm fields, was banned in France in 2007 following an EU directive after the product had already been withdrawn in some other countries.

Though it once was a top-selling herbicide, it has gradually lost popularity, and critics say several studies have shown links to a range of health problems.

Monsanto’s Roundup is now the dominant herbicide used to kill weeds. The company markets it in conjunction with its biotech herbicide-tolerant “Roundup Ready” crops. The Roundup Ready corn, soybeans, cotton and other crops do not die when sprayed directly with the herbicide, a trait that has made them wildly popular with U.S. farmers.

But farmers are now being encouraged to use more and different kinds of chemicals again as Roundup loses its effectiveness to a rise of “super weeds” that are resistant to Roundup.

And while the risks of pesticide are a generally known and accepted hazard of farming in most places, and farmers are cautioned to take care when handling the chemicals, increased use of pesticides will only cause more harm to human health and the environment, critic say.

“The registration process does not protect against harm. Manufacturers have to be held liable for adverse impacts that occur,” said Jay Feldman, director of Beyond Pesticides, a non-profit group focused on reducing pesticide use.

France, the EU’s largest agricultural producer, is now targeting a 50 percent reduction in pesticide use between 2008 and 2018, with initial results showing a 4 percent cut in farm and non-farm use in 2008-2010.

The Francois claim may be easier to argue than others because he can pinpoint a specific incident – inhaling the Lasso when cleaning the tank of his crop sprayer – whereas fellow farmers are trying to show accumulated effects from various products.

a bed of thorns

“It’s like lying on a bed of thorns and trying to say which one cut you,” said a farmer, who has recovered from prostate cancer and asked not to be named.

The French association of crop protection companies, UIPP, says pesticides are all subject to testing and that any evidence of a cancer risk in humans leads to withdrawal of products from the market.

“I think if we had a major health problem with pesticides, we would have already known about it,” Jean-Charles Bocquet, UIPP’s managing director, said.

The social security’s farming branch this year is due to add Parkinson’s disease to its list of conditions related to pesticide use after already recognizing some cases of blood cancers and bladder and respiratory problems.

France’s health and environment safety agency (ANSES), meanwhile, is conducting a study on farmers’ health, with results expected next year.