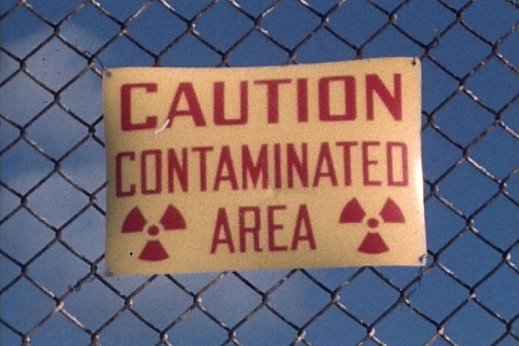 Caution Contaminated Area sign outside of the former Monsanto chemical plant in Nitro West Virginia which manufactured 2,4,5-T during the Vietnam war. Former factory workers of the Nitro plant have sued Monsanto for damages. Image: Last Ghost Of War

The West Virginia State Supreme Court finalized a big blow to the biotech giant Monsanto in August, finishing a settlement causing Monsanto to pay $93 million to the tiny town of Nitro, West Virginia for poisoning citizens with Agent Orange chemicals.

After years of litigation those living near the former Monsanto factory, which produced toxic, cancer-causing chemicals, are now receiving assistance.

The settlement was approved last year, but details were worked out only weeks ago as to how the funds were to be spent.

The settlement will require Monsanto to do the following:

Just how were Nitro citizens exposed to dioxin? Monsanto was producing the toxic herbicide Agent Orange in Nitro, and dioxin is a chemical byproduct of the substance. It is known to cause serious health conditions. The factory that produced Agent Orange was opened in Nitro in 1948 and remained in operation until 2004, even though usage of this herbicide in the past (in Vietnam and other Asian countries) was fatal to millions of citizens and the war veterans who were exposed to it.

“There is no doubt that during and after the war, many Vietnamese absorbed this very toxic material [dioxin]. It is our belief from toxicological research and epidemiological studies from many countries that this dioxin probably resulted in significant health effects in Vietnam.” – Arnold Schecter and John Constable

“The politics of dioxin has been bitterly debated since the Vietnam War, but … we know that there is a health issue there and hopefully people will get their houses cleaned and the risk will come to an end and those exposed in the past will have the benefit of keeping an eye on their health.”

“My parents have lived in this house for approximately 40 years,” said Janet Ellis, whose mother’s home is now eligible for remediation.

Crews start from the top of the house and work their way down to the bottom. They say the cleaning shouldn’t take longer than four hours.

So far 100 households have signed up for the cleaning. The goal is to clean all 4,500 eligible homes. Homeowners must register online by October 31st.

“Who wouldn’t want their house cleaned from top to bottom by professionals? I can’t imagine someone turning that down,” said Ellis.