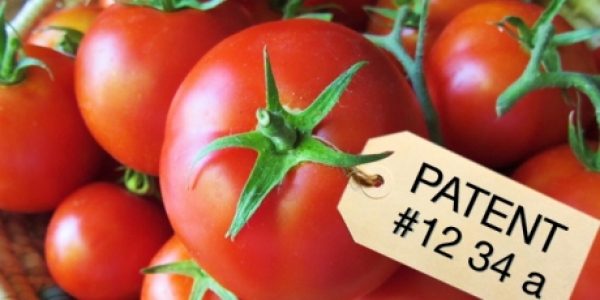 It’s unbelievable, but Monsanto and Co. are at it again. These profit-hungry biotech companies have found a way to exclusively ‘own’ something that freely belongs to us all – our food! According to activist organisation Avaaz, they’re trying to patent away our everyday vegetables and fruits like cucumber, broccoli and melons, forcing growers to pay them and risk being sued if they don’t.

But we can stop them from buying up Mother Earth. Companies like Monsanto have found loopholes in European law to get away with this, so we just need to close them shut before they set a dangerous global precedent. And to do that, we need key countries like Germany, France and the Netherlands – where opposition is already growing – to call for a vote to stop Monsanto’s plans. The Avaaz community has shifted governments before, and we can do it again.

Many farmers and politicians are already against this – we just need to bring in people power to pressure these countries to keep Monsanto’s hands off our food. Sign now and share with everyone to help build the biggest food defense call ever.

Once a patent exists in one country, trade agreements and negotiations often push other countries to honour it as well. That’s why these food patents change everything about how our food chain works: for thousands of years, farmers could choose which seeds they’d use without worrying about getting sued for violating intellectual property rights.

But now, companies launch expensive legal campaigns to buy patents on conventional plants and force farmers to pay exorbitant royalty fees. Monsanto and Co. claim that patents drive innovation – but in fact they create a corporate monopoly of our food.

But luckily, the European Patent Office is controlled by 38 member states who, with one vote, can end dangerous patents on food that is bred using conventional methods. Even the European Parliament has issued a statement objecting to these kinds of destructive patents. Now, a massive wave of public outcry could push them to ban the patenting of our everyday food for good.

The situation is dire already – Monsanto alone owns 36% of all tomato, 32% of sweet pepper and 49% of cauliflower varieties registered in the EU. With a simple regulatory change, we could protect our food, our farmers and our planet from corporate control – and it’s up to us to make it happen.

The Avaaz community has never been afraid to stand up to corporate capture of our institutions, from pushing back the Rupert Murdoch mafia, to helping ensure that telecoms keep their hands off our Internet. Now it’s time to defend our food supply from this corporate takeover.