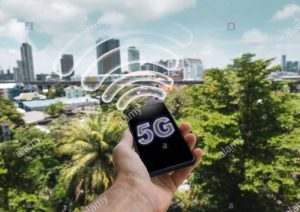 Radiation exposure has long been a concern for the public, policy makers and health researchers. Beginning with radar during World War II, human exposure to radio-frequency radiation (RFR) and associated technologies has grown more than 100,000-fold. In 2011, the International Agency for Research on Cancer (IARC) reviewed the published literature and categorized RFR as a ‘possible’ (Group 2B) human carcinogen.

A broad range of adverse human health effects associated with RFR have been reported since the IARC review, including brain cancer. In addition, two large-scale carcinogenicity studies in rodents exposed to levels of RFR that mimic lifetime human exposures have shown significantly increased rates of Schwannomas and malignant gliomas, as well as chromosomal DNA damage.

Of particular concern are the effects of RFR exposure on the developing brain in children. Compared with an adult male, a cell phone held against the head of a child exposes deeper brain structures to greater radiation doses per unit volume, and the young, thin skull’s bone marrow absorbs a roughly 10-fold higher local dose.

Recent reports also suggest that men who keep cell phones in their trouser pockets have significantly lower sperm counts and significantly impaired sperm motility and morphology, including mitochondrial DNA damage, as well as an increased risk of colon cancer.

Based on the accumulated evidence, I believe that if IARC were to re-evaluate its 2011 classification of the human carcinogenicity of RFR, it would be categorized as Group 1, i.e. carcinogenic to humans. Thus, current knowledge provides justification for governments, public health authorities, and physicians/allied health professionals to support measures to reduce all exposures to RFR to As Low As Reasonably Achievable, something we learnt was necessary for exposures to ionizing radiation (e.g. X-rays) many years ago.

The Telecom industry’s fifth generation (5G) wireless service will require the placement of many small antennae/cell towers close to all recipients of the service, because solid structures, rain and foliage block the associated millimeter wave RFR. 5G technology is being developed as it is also being deployed, with large arrays of directional, steerable antennae, operating at higher power than previous technologies. 5G is not stand-alone – it will operate and interface with other (including 3G and 4G) frequencies and modulations to enable diverse devices under continual development for the “internet of things,” driverless vehicles and more.

This novel 5G technology is being rolled out in several communities, although potential chronic health or environmental impacts have not been evaluated. The range and magnitude of potential impacts of 5G technology are under-researched, although important biological outcomes have been reported with the associated millimeter wavelength exposure to RFR. These include oxidative stress and altered gene expression, effects on skin and systemic effects such as on immune function, all of which highlight the need for research before population-wide continuous exposures occur.

An individual, if appropriately informed, can reduce her or his exposure to radiofrequency radiation from devices inside their home, but in the case of cell towers and small cell transmitters of 5G the exposure they receive is outside their control. With the people who manufacture these devices and those who promote small cell technology in front of homes failing to issue adequate health warnings, we are reaching a situation where homes, schools, and workplaces are being saturated with radiofrequency radiation.

Thus, to avoid a potential epidemic of cancer caused by radiofrequency radiation from small cell transmitters and other devices, and heart damage, brain damage and infertility, we should introduce means to reduce such exposures to As Low As Reasonably Achievable, something we learnt to do many years ago for ionizing radiation (X-rays). Instead use fiber-optic connections to the home, place small cell transmitters away from residential neighborhoods and schools and strengthen the rules that are meant to protect the public.

Those who support the introduction of 5G should recognize that no insurance agency (including Lloyds of London) will cover them against liability from ill health effects caused by radiofrequency radiation.

A moratorium on the rollout of 5G is essential.