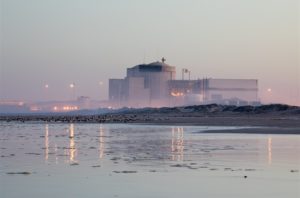 Amid the growing secrecy in South Africa’s nuclear energy plan, Greenpeace Africa’s application (under the Promotion of Access to Information Act) for SA’s report on its readiness to develop a nuclear power station has been turned down by the Department of Energy. This decision denies South Africans their basic right to information that will impact on their future.

PAIA is supposed to be legislation mandated by the constitution to make the right of access to information a reality for ordinary citizens thereby protecting basic human rights and democracy. The readiness report should be made public as it is in the interest of all South Africans to know whether or not South Africa is capable of developing 9600MW of nuclear energy.

According to the department, the document has not been finalised and contains information that is sensitive to the procurement process. The department also justified its decision to reject the Greenpeace application on the basis that information contained in the document could affect public safety.

“These excuses come as no surprise as the nuclear sector is known for its secrecy and lack of transparency” said Ferrial Adam, Greenpeace Africa climate and energy campaigner.  It is important that government does not repeat the arms deal debacle and lays the foundation for an open and transparent procurement process in the nuclear build project continued Adam.

Internal government documents (in Greenpeace Africa’s possession) prove that all parties involved in the nuclear process, such as the DoE, NNR and Eskom, lack preparedness over a broad range of aspects, ranging from technical expertise, human capacity, funding strategy, and management of radioactive waste.

“It is not too late for South Africa to make the right decision and abandon this deadly nuclear path,” concluded Adam.