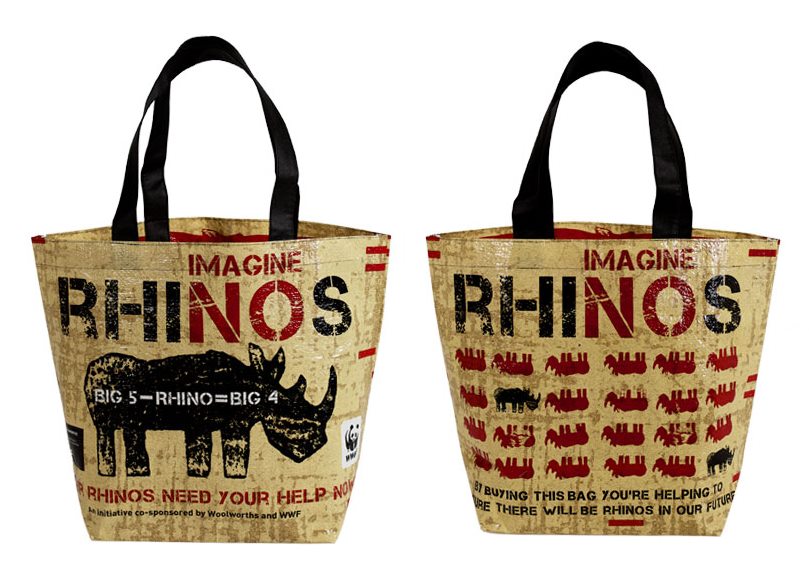 Since the launch of the first iconic rhino reusable shopping bag in 2010, over R1.7 million has been raised for rhino conservation through a number of initiatives.

Woolworths’ new limited edition rhino bag has arrived in stores in time for World Rhino Day on 22 September. Through the sale of each bag (R29.95), R10 (Vat inclusive) will be donated to the Wildlife ACT fund to support their work implementing WWF-South Africa’s Black Rhino Range Expansion Project and the Wildlife ACTive Kids project, an environment-focused education program for children in communities who live close to Rhinos.

In addition to benefitting conservation efforts, these bags are contributing to the Woolworths Good Business Journey in two other ways. They’re supporting jobs through the local enterprise, Isikhwama, that manufactures them, as well as contributing to reducing the number of plastic bags customers are buying.

Woolworths has also launched a limited edition range of men’s rhino t-shirts, providing customers with another tangible way to support rhino conservation efforts in South Africa. The t-shirts will be sold in selected stores and online.

You can also help by signing up for a free MyPlanet card and choosing the EWT MyPlanet Rhino Fund as a beneficiary. Woolworths will donate a portion of your purchase towards their rhino conservation efforts, every time you swipe your card, at no extra cost to you.