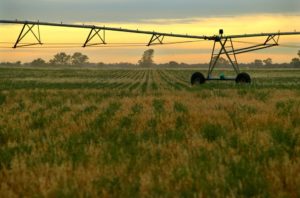 The African Centre for Biodiversity (ACB) is extremely concerned about impending approvals by the South African government in regard to three new genetically modified (GM) maize varieties designed to withstand the extremely toxic herbicide, 2,4-D.

2,4-D is one of the active ingredients of the infamous war chemical Agent Orange. The ACB has engaged with regulators over several years, submitting evidence that these GM maize varieties present biosafety and healthy and safety risks to farmers, farm workers, consumers and the environment. The risky GM maize varieties are owned by Corteva (new name given to the Dow-Dupont merged entity), one of a handful of multinational agrochemical giants that monopolises South Africa’s agriculture sector.

The GM maize varieties appear set for approval for commercial growing, once some (yet unknown) information is furnished to the Executive Council: GMO Act. If approved, it will be for the first time that farmers in South Africa will cultivate 2,4-D resistant GM maize. The chemical has been linked to an increase in birth abnormalities, male reproductive problems and non-Hodgkin’s lymphoma. 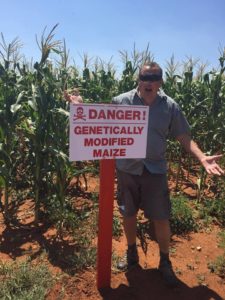 Some of these GM maize varieties are also genetically modified to survive applications of the controversial and toxic chemical glyphosate, as well as glufosinate ammonium. This means that South Africa’s staple food – maize – will be sprayed with a cocktail of potent agrochemicals in the name of keeping weeds in check.

While Corteva’s field trial data actually showed that non-GM maize varieties outperform their new 2,4-D GM varieties, and despite years of substantive objections by the ACB, including independent biosafety science indicating adverse health and environmental impacts, the government has caved into industry pressure. The ACB’s demands for environmental impact assessments (EIAs) to be carried out were also ignored by the Minister of Environment, Forestry and Fisheries, Ms Barbara Creecy.

The development of resistance to herbicides such as glyphosate used in conjunction with GM crops, has been a boon for Corteva. It has exploited this weakness in a hopelessly flawed system by genetically modifying maize to withstand multiple chemicals, which are sold to farmers in an inseparable package with their GM seeds. Now farmers will pay for each new GM trait as well as the extra chemicals, while farm workers, who are massively exposed to these chemicals, pay with their health and their lives. 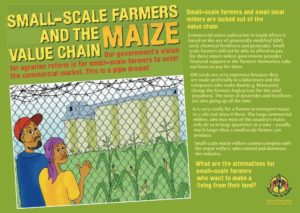 Weeds have a tendency to become resistant to the chemicals they are exposed to, which is why companies like Corteva and Monsanto (disastrously acquired by Bayer) have had to “stack” GM maize with the ability to withstand multiple toxic chemical combinations. The next herbicide to be added to the arsenal of herbicide tolerant maize is dicamba, for which further field trials have also been approved by the Executive Council. Dicamba is well known for its tendency to ‘drift’ and damage neighbouring crops. It has also been found to be carcinogenic, neurotoxic and linked to reproductive and developmental abnormalities.

Pesticides post huge occupational hazards for farm workers. This was highlighted on 30 August 2019, when more than 200 women associated with the organisation Woman on Farms Project marched to Parliament to demand, “at the very least” the banning of 67 agrochemicals that are a daily part of their working lives. The majority of farm workers are often not provided with protective clothing, in a context of insecure seasonal employment, with a lack of health and other benefits.

The ACB is insistent that the South African government urgently view agriculture and food production in a holistic way and that decision-makers start taking agroecological food systems seriously. The ACB is challenging government to work with civil society to transition out of the corporate captured agriculture and food system, as this is an indispensable part of working towards re-visioning land use and ownership, as well as dealing with the climate crisis and social upheaval stemming from poverty and joblessness. Corteva is bringing false solutions to the table that will poison our people, food and environment while entrenching inequitable power relations in our food systems.