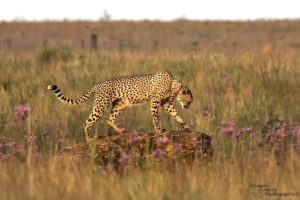 After a gruelling 14-hour journey, the Endangered Wildlife Trust (EWT) successfully relocated a female cheetah from the Western Cape to Rietvlei Nature Reserve in Gauteng.

The City of Tshwane approved the relocation of wild Cheetahs to Rietvlei, as well as a donation of 250 blesbok, springbok, red hartebeest, black wildebeest and zebra to Rietvlei Nature Reserve, also made possible by Endangered Wildlife Trust, with capture and relocation costs kindly sponsored by Ashia Cheetah Conservation.

The 18-month-old female Cheetah’s roots can be traced back to a female captured near Askam in the Kalahari in 2003, and a male that had escaped from Mountain Zebra National Park in 2014, but was recaptured close to Graaf Reinet. 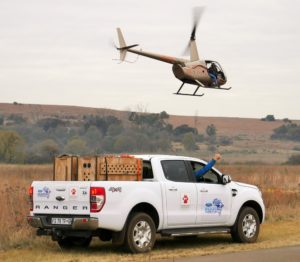 She will be joined temporarily by two 18-month-old males from Welgevonden Game Reserve in the next two weeks. All three subadults will be bonded in the Rietvlei boma and released as a unit to allow them to hunt more efficiently and settle into their new surroundings.

In early 2021 the two Welgevonden males will be flown to Mozambique as part of several reintroductions into the country, coordinated by the Endangered Wildlife Trust. Two male Cheetahs with origins in Botswana will then join the female in Rietvlei. These male Cheetahs will provide precious genetics unrelated to other Cheetahs in the metapopulation.

It is hoped that this will be the beginning of several generations of genetically unrelated Cheetahs, which can be propagated on Rietvlei for distribution to other reserves located across the country. Cheetah releases into Rietvlei Nature Reserve have been highly successful in the past. Exactly eleven Cheetah were removed from Rietvlei between 2017 and 2019 and relocated to nine reserves in the Lowveld, Zululand, the Waterberg and the Karoo. 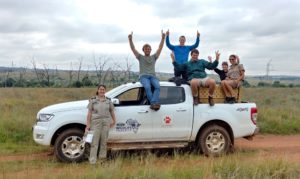 The Cheetah Range Expansion Project entails the management of approximately 421 Cheetahs on 61 fenced reserves in southern Africa. The project is coordinated by the Endangered Wildlife Trust and supported by a multitude of partners and stakeholders, including donors, researchers, national parks, provincial conservation areas, and private reserves.

The principal goals of the project are to maintain the genetic and demographic integrity of Cheetah populations on these fenced reserves and to increase the resident range of free-roaming Cheetahs across southern Africa. The Cheetah Metapopulation constitutes the only growing wild Cheetah population worldwide.

The EWT would like to thank the City of Tshwane and Rietvlei management for making safe space available for wild Cheetah conservation. The EWT would also like to thank Ashia Cheetah Conservation for purchasing the founder Cheetahs for Rietvlei, providing collars for their monitoring, and for agreeing to cover all veterinary costs associated with their stay on Rietvlei. Mr Simon Smith from Q20 generously raised funds necessary to cover the relocation costs. 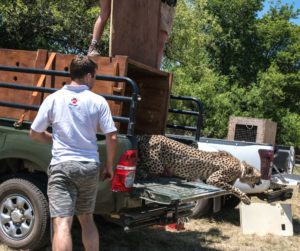 A cheetah is released into Rietvlei Nature Reserve.