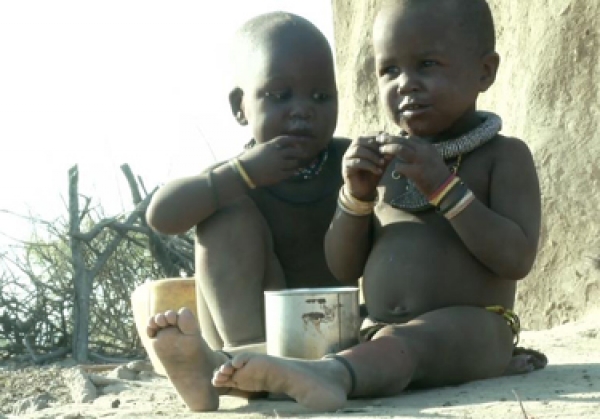 Drought has struck Namibia again – and families are struggling to make do.

In the Kunene region, Kariamakuju Kauta lifts some dry, dusty sand from what was a field of maize and vegetables. She has one week’s supply of maize. She is not sure how she will feed her family after it’s gone.

She and her four grandchildren take shelter from the baking heat of the sun under a covering of wood and sheeting. It is children who are struggling the most to cope with the drought that has swept across this southern African nation and its northern neighbour Angola, she says.

“Children are going to bed hungry. They wake up in the morning, and they are not eating anything. The children are fainting because of hunger.”

Ms. Kauta’s is one of the few families left in their village, about 30 km from the town of Opuwo in northwest Namibia. The others have gone to town to collect and sell wood, abandoning hope that help – or the rains – will come.

Namibia is a country prone to droughts, but this one is said to be the worst in three decades. An estimated 778,000 Namibians, a third of the population, are either severely or moderately food insecure. Families are selling assets such as livestock, reducing the number of meals eaten in a day, migrating to cities to find work.

On 17 May 2013, the government declared a drought emergency and committed 200 million Namibian dollars (about US$20.7 million) to the response – to provide food and water to affected people. It called on the international community to assist. The government is already distributing maize to all 13 regions and plans to drill boreholes and, where necessary, truck water.

Despite the early response, Deputy Director of the Directorate of Disaster Risk Management Hellen Likanda said in a briefing last week that, as the number of affected people increases, it is evident that there will be “a significant funding gap”.

UNICEF has appealed for US$7.4 million to respond to the needs of the estimated 109,000 children under 5 years old at risk of malnutrition. “Women and children are really bearing the brunt of the drought,” said UNICEF Namibia Representative Micaela Marques de Sousa. “So, in addition to supporting the government and key partners like the Namibian Red Cross, we are focusing on making sure communities have access to water, sanitation and hygiene facilities, that communities are educated about nutrition and early infant feeding and that school attendance is being monitored.”Â 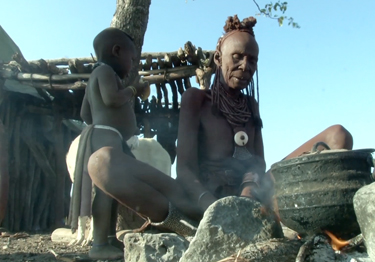 The drought is aggravating an already serious rate of stunting, a form of chronic undernutrition. In Namibia, 29 per cent of children under 5 are stunted – and in an emergency, early detection of malnutrition can often mean the difference between life and death.

In the Ovahimba village of Omawangete, Julita Hamukuaja checks the circumference of 3-year-old Kaveku’s upper arm, a measurement used as part of malnutrition screening. Ms. Hamukuaja is a health extension worker who has been working in this village since 2012. She has seen first-hand the slow slide into hunger these families have endured. Ovahimba children generally enjoy a protein-rich diet of milk and meat. Now, they are eating a watery maize porridge, often only once a day.

The situation is expected to worsen with the dry season, which is predicted to last until December. During this time, Ms. Hamukuaja’s role will become even more critical to ensure that children who show signs of malnutrition receive the treatment they need – and that children with severe cases of malnutrition are referred to health centres in time.

Waiting out the drought

While she checks Kaveku’s temperature, the boy’s mother, Kamuhambiya, mashes red ochre used traditionally by the Ovahimba for cosmetic purposes and as a natural sunscreen. She shakes her head and says, “My children are not getting enough food because there is no milk and the cattle are dead.” She adds that, while she has registered for the government maize rations, she has not yet received anything. She and other families rely on the meagre 500 Namibian dollar (US$50) monthly pension collected by one of the elders in the village to buy maize.

Kamuhambiya says she will wait out the drought. They usually do. But, this is the second consecutive year of drought in this region. It remains to be seen if she and the other families will have the strength.