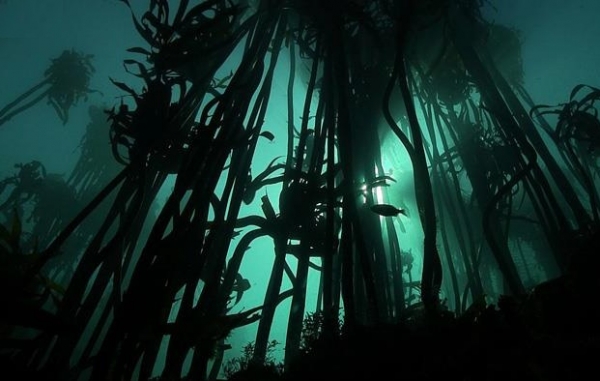 By volume, oceans make up 99% of the Earth’s living space. Our planet should, in fact, be called Ocean and not Earth! More than 97% of our entire planet’s water is contained in the ocean. According to the United Nations Food & Agriculture Organisation, a minimal 2% is frozen in glaciers, less than 0.3% is carried in the atmosphere by clouds, while global inland seas and lakes constitute 0.02% of Earth’s water.

Since South Africa is surrounded by two of the world’s five oceans, National Marine Week should be a significant celebration of these seascapes, and the economic, tourism, and biodiversity services provided by them. During this week, the Endangered Wildlife Trust (EWT) would like to encourage South Africans to consider the irreplaceable benefits provided by oceans, and what we as individuals can do to mitigate threats to marine ecosystems.

Reducing our carbon footprint alone would contribute to a notably healthier ocean – which already absorbs 30 million tons of carbon dioxide (C0²) each day. It is reported that this carbon skink effect is changing ocean chemistry, and has made oceans 30% more acidic as a result. The change in ocean acidity has slowed plankton and coral growth, as well as the development of organisms which form the most basic level of the ocean food chain.

Said Karen Allen, Project Executant for the EWT’s Dugong Emergency Protection Project: “Not only do oceans regulate the world’s climate and drive weather patterns, they also provide the largest annual harvest of wild food available to man, produce some of the planet’s most productive ecosystems including coral reefs, and absorb approximately half of all atmospheric C02. As extensive as they are, oceans can no longer be regarded as an infinite resource, but one that now requires regulated extraction and reduced threats to ensure the continuation of its full suite of beneficial functions.”

“According to a new study by an international team of scientists and economists that attempts to measure the ocean’s monetary value, if human impacts on the ocean continue unabated, declines in ocean health and services will cost the global economy $428 billion per year by 2050, and $1.979 trillion per year by 2100.”

Global fisheries are also in serious trouble. According to the United Nations Food and Agriculture Organization, commercial fleets totalling approximately 4 million vessels landed 81.9 million tons of fish, shellfish and marine plants in 2006. This is a decrease of two million tons compared to 2005 and the third lowest annual take since 1994. Most stocks remain fully exploited or over-exploited. As of 2006, reports show that 52% of the world’s commercial fish stocks are fully exploited, 19% are over-exploited, with 8% significantly depleted and only 1% slowly recovering.

The unintended destruction caused by the use of non-selective fishing, such as trawl nets, long-lines and gill nets, are responsible for the death of more than 300,000 small whales, dolphins and porpoises, and 250,000 endangered marine turtles. It is estimated that 70% of estuaries are degraded, 60% of sea grass habitat has been lost, 50% of mangroves have been destroyed in the last century, and there are about 100 marine dead zones where marine life cannot be supported due to depleted oxygen levels.

“South Africa’s coastal and marine resources are following the same trajectory. Seven of our most favoured seafood species have collapsed – these populations have been reduced to 10% of their original biomass. Our coastal zone has attracted rapid urban and industrial growth, commercial fisheries, oil and gas development, and tourism. Escalating populations, increasing unsustainable tourism, uncontrolled development, and expanding extractive activities, coupled with rising ocean acidity amounts to a significant conservation and economic dilemma,” continued Allen.

Given the range of critical services provided by oceans and the numerous threats to this priceless body of water, it is startling to know that a mere 1% of global oceans are protected by way of national parks and reserves, as compared to 11.5 % of terrestrial protected areas, with only a tiny fraction of these being protected effectively. Current global marine protection targets aim to conserve 10 – 30% of marine habitats within the next two to four years. So far, approximately 5000 Marine Protected Areas (MPAs) worldwide have been created. South Africa alone boasts 21 Marine Protected Areas, covering 23% of the country’s coastline.

“One of the main challenges to sustaining MPAs is to demonstrate the benefits that these can provide to maintaining and replenishing fisheries stocks. We at the EWT believe in providing protection to Southern Africa’s fish stocks by improving eco-labelling and consumer awareness.”

“The world’s largest and most recognised marine wild capture fishery eco-label, the Marine Stewardship Council (MSC), assesses the various fishing industries with regard to the sustainability and environmental impacts of the fishery. Alternatively, consumer awareness programmes such as the Southern African Sustainable Seafood Initiative (SASSI), led by World Wildlife Fund South Africa (WWF-SA), serve to educate buyers, consumers and the general public about the sustainability of seafood products, enabling them to make educated choices when buying seafood. The EWT is one of the Gauteng implementing partners for SASSI, together with the Johannesburg Zoo and Pretoria Zoological Gardens,” concluded Allen.

The current state of our oceans is no longer about a few green fanatics intent on ‘saving the whales’, but rather about safeguarding global food and economic security. We’re all reliant on the services and provisions of the oceans, and it only makes sense that we all be involved in making even the smallest difference to the future of our seas.

The Dugong Emergency Protection Project is making considerable inroads into the persistence and recovery of Mozambique’s most endangered Marine Mammal. It is estimated that no more than 200 elusive Dugongs occupy the Bazaruto Archipelago National Park, where the EWT is enhancing law enforcement strategies to better protect East Africa’s last viable Dugong population. The project is proudly sponsored by IUCN Save our Species Foundation, Marlin Lodge, Federal Air, Skyhawk Photography, Water Purification Chemical & Plant (WPCP) and the Prince Berhard Nature Foundation.