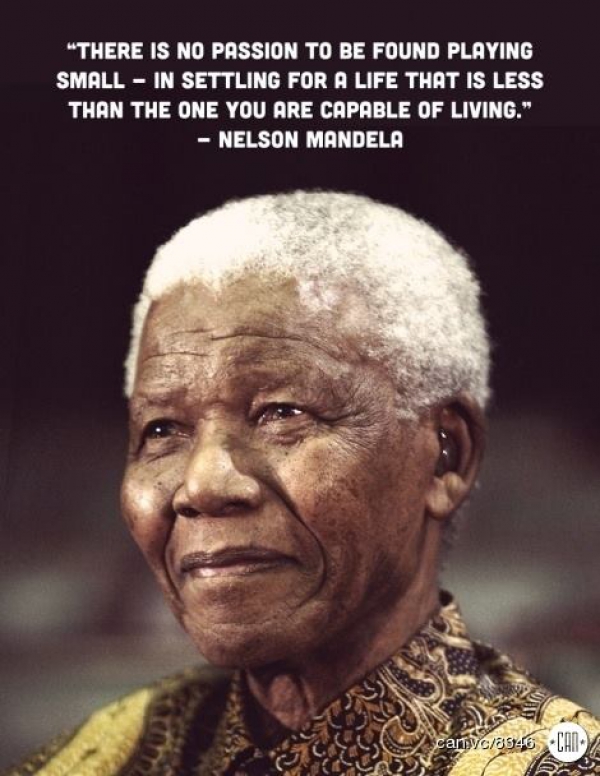 We are sad and relieved that Tata Madiba has finally been released to fly free again. And we recommit ourselves to the struggle for climate justice as THE unifying factor which could link all of us passionately devoted to manifesting a fair and healthy world.

Here is a moving piece by Alex Lanferna, green brother with great courage…

“Sometimes it falls upon a generation to be great, you can be that generation”

As the life of one of the world’s great heroes draws to a close it provides an important opportunity to reflect back on Nelson Mandela’s long and courageous life in order to draw inspiration from one of the world’s moral stalwarts who weathered the storms of oppression, racism, injustice and inequality & not only managed to come out of the other side a smiling, compassionate & forgiving leader, but in doing so navigated a path through those storms which has helped to inspire generations of leaders to come.

While climate change was not the issue that defined Mandela’s Long Walk to Freedom, a reflection on Mandela’s philosophy and life reveals a profound overlap with the principles and commitments of the climate justice movement, and therein lies many important lessons not only for the climate community but for humanity as a whole to learn from.

One prominent example is Mandela’s commitment to a cosmopolitan ethic of Ubuntu. Contrary to a strong individualism which permeates the Western world, the ethic of Ubuntu when combined with Mandela’s cosmopolitan valuing of all humanity, says that our own identity and well-being is tied into that of our community, the global community of humanity.

If we accept such a philosophy then given our knowledge of anthropogenic climate change, our drive to enrich ourselves through the use of greenhouse gas intensive modes of development at the expense of our climate, our planet and the well-being of current and future generations, should not be seen as true development but something that violates Ubuntu, diminishes our humanity and makes us as individuals, nations, and as a global community, less than we could otherwise be.

Another important lesson comes from Nelson Mandela’s ‘idealistic pragmatism’. For although Mandela is indeed a man of great principle, he is also a pragmatist who is willing to compromise in order to attain the ends underpinned by his principles – part of which involved being willing to swallow his pride, and realise when a strategy is no longer working.

The most prominent example of this is Mandela’s move away from a Gandhian commitment to non-violent struggle to co-founding the armed wing of the African National Congress in 1961. The decision followed the growing recognition that non-violent struggle was not sufficient to bring about the changes needed in the fight against Apartheid.

Similarly with regards to the climate change movement our many failed attempts at more conventional engagement on climate issues and the attending ever increasing level of greenhouse gases (Cf. 400ppm) should lead us to question the appropriateness of our strategies.

When even conservative organizations like the International Energy Agency proclaim that nothing short of an energy revolution will be needed to keep global warming below two degrees, perhaps it is time that we as climate activists and citizens of the world stopped just tinkering around the edges and making polite requests within stale UN spaces andÂÂ  include more radical means to achieve the ends of creating a safe planet to live on.

Now I am not calling for an armed wing of the climate movement, for [insert religious figure] only knows what that would look like and who they would fight, but it seems clear that given our current climate predicament it is time that we too upped the ante.

As we figure out how to respond to this crazy climate predicament we are in, reflecting on the life and struggles of Nelson Mandela can provide many important lessons as to how we make the seemingly impossible possible and become Mandela’s great generation, remembering , in the words of Mandela, that “it always seems impossible until it’s done”.