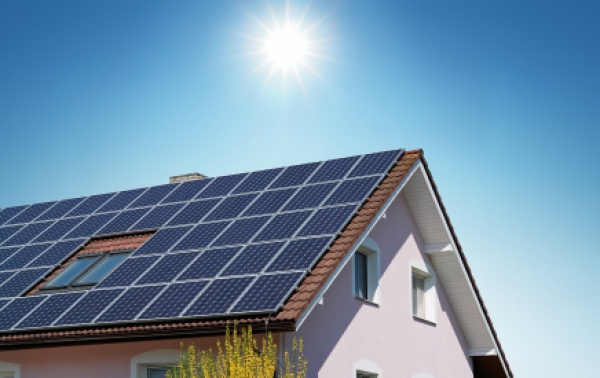 The bottom line is that in July the City of Cape Town will charge R1.60 per kwh for electricity for private homeowners who use 1200 kwh per month. And in July this year, it will be possible to install your own Photovoltaic PV system to produce electricity at the same price. And as you know the electricity price is going up every year. And the price of Renewable Energy is coming down every year.

What is Net Metering?

Net Metering refers to the ability to buy and sell electricity at the same price.

The process of feeding back into the grid is called “Reverse Feed.”

The process of a supplier or IPP (Independent Power Producer) selling electricity to another via the national grid is called “Retail Wheeling.” The customer and supplier agree a per kwh rate and an additional charge (or tariff) per kwh is paid to the national grid to maintain the grid.

In South Africa, electricity producers besides Eskom are not allowed to sell electricity into the grid. Eskom and the Cities, such as the City of Cape Town, blame the government for this state of affairs. But the Government owns Eskom and Eskom is a monopoly and monopolies usually get their way. It didn’t really matter during the time that the Government (Eskom) could supply electricity cheaper than customers could make it, but now customers can make electricity at similar or cheaper prices to Eskom and it makes sense to use a process called “Grid Tie” to allow one to buy and sell electricity to and from the grid. Net Metering refers to the way one is paid or the way one pays for this electricity.

Zero bill at the end of the year

In Cape Town, the average sun hours is 5.9, but one has to allow for efficiency losses in the system from the Photovoltaic Panels DC (Direct Current) Power to the Utility’s AC (Alternating Power), so in Cape Town we use 5 sun hours as an average. So 39.5 kwh / 5 = 8 kw. The efficiency losses are called the “Derate Factor.”

Thus the customer needs an 8 kw system to supply all their needs all year around.

Net Metering South Africa are working towards a small scale Grid Tie installation price of R24 per watt including VAT, so the system price is R192,000.

Looking at this another way an 8 KW system would cost the homeowner R1.60 per kwh including VAT. In the City of Cape Town, the price a person who uses 1200 kwh per month is paying is R1.29 per kwh. In July we expect this price to go up 25% to R1.60 per kwh. At this point, the homeowner will be able to produce electricity at the same price as she is paying for it.

If 12 homeowners got together, or if a business has a lot of roof space, then this price can be reduced to R1.36 per kwh incl VAT.