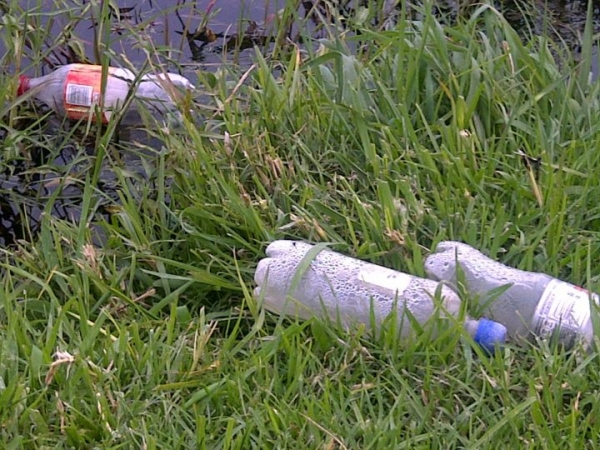 An umbrella organisation for the plastics industry will be using National Water Week (18-23 March 2012) as a platform to launch one of the Sustainability Council’s Waste Management Strategies for 2012.

“Our Clean Up and Recycle theme for 2012 is “Berg2Beach” and we want to encourage all South Africans to help keep the country clean, from the mountains to the oceans” says Douw Steyn, Director of Sustainability at Plastics|SA and winner of the 2011 Enviropaedia Award for Recycling.

“This will be the 16th year that we will be supporting Cleanup SA and Water Week”, Steyn says. “Because water is our most precious resource, our water sources need all the protection they can get. Even litter that falls from our hands hundreds of kilometers away, could end up in one of our dams and rivers and find its way to the ocean”.

Plastics|SA, together with KZN Wildlife, is also a founder of the annual International Coastal Clean Up Day and National Recycling Day and initiater of Clean Up SA Week (September). “For the past few years, Plastics|SA has been educating the public about the dangers of litter ending up in our rivers, streams and oceans through its annual cleanup and recycling campaigns”, Steyn says.

“Plastics don’t litter – people do! Whether you are a hiker, fisherman, canoeist, cyclist, beachgoer, a diver or belong to a 4×4 club, we all have a role to play if we are to continue enjoying the beauty nature has to offer”.

View of the Liesbeek River in Cape Town and a litter trap that was made using 146 plastic bottles, shade cloth and netting.

“Whether it is through financial contributions, funding on-going research or assisting with cleanups, we try to strengthen the arms of the many eco-warriors out there trying to make a difference through active participation and support”, Steyn says.

Eco-Care Trust, WESSA, KZN Wildlife and Canoe SA are some of the non-governmental organizations concerned with the conservation of South Africa’s natural water resources and ecosystems which enjoys the support of Plastics|SA.

“These active volunteer groups are concerned with the huge task of conserving the countries water resources like wetlands, dams and rivers, as well as addressing the total aspect of water, sanitation, health, conservation, water demand, water awareness and education in communities and especially under the youth,” Steyn says.“Plastics|SA is proud to support these organisations by supplying the Cleanup volunteers with cleanup bags and supporting their cleanup campaigns.”

Other initiatives which Plastics|SA supports include regular clean-ups of the Jukskei River in Gauteng and the “Friends of the Liesbeek” in Cape Town and the Umgeni River together with the KZN Wildlife. “We have sponsored two boats recently which are being used for the cleaning of the Liesbeek River in Cape Town and the Durban Mangroves at the Umgeni River mouth. We also regularly support and orchestrate underwater clean-ups with diving groups.

Paddling around KZN to raise awareness of water pollution

Plastics|SA will also be supporting and sponsoring Nikita Van Der Merwe, a 12 year old Grade 7 pupil at Gert Maritz Primary School in Pietermaritzburg, who will be embarking on a canoe expedition in order to raise awareness of water pollution and the negative impact it has on the KZN’s rivers and dams.

“Nikita will be a junior ambassador for Plastics SA in helping us spread the message about the dangers of plastic litter in our dams and rivers. She has already completed canoeing the Midmar Dam as the first stage of her efforts and will now be canoeing all the dams that fall within Ezemvelo KZN Wildlife, after which she will be earmarking other dams in KwaZulu-Natal”, Steyn explains.

Apart from speaking to schools and community groups, Nikita will also be giving detailed and regular feedback to Plastics|SA about the amount and type of plastic in KZN dams and rivers during Water Week to raise awareness about the pollution she finds during her excursions on the rivers and dams in the province.

International Let’s Do It Campaign

Finally, Plastics|SA will also be harnessing the power of the internet via their website and their Facebook page from the 24th of March until 25th of September as part of the worldwide “Let’s Do It!” movement. More than 80 countries will be brought together in a World Cleanup 2012 action, aimed at activating a global network of civic leaders, scientists and experts to gather the most efficient and sustainable solutions for waste management and recycling.

“A series of cleanups will sweep over the globe, touching all continents and bringing together millions of people who will be cleaning up their communities. In South Africa, Plastics|SA will be actively involved in the co-ordination of cleanup activities via our www.cleanup-SA.co.za website”, Steyn explains.

“We believe that our collective effort can make a huge difference in spreading our message and ensuring that we conserve our country’s natural beauty and resources for generations to come”, he concludes.