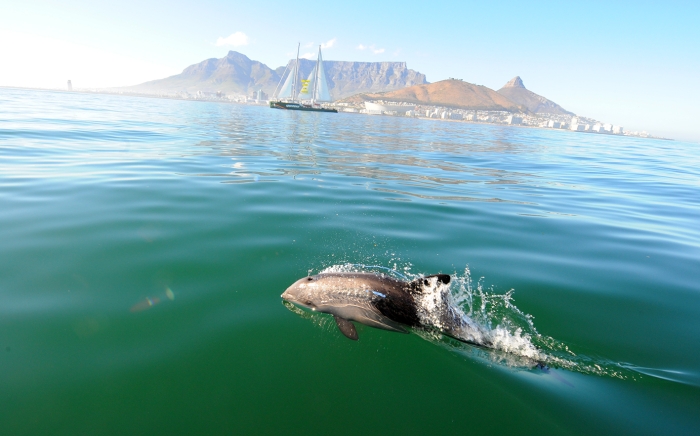 Greenpeace’s iconic ship – the Rainbow Warrior – has arrived in Cape Town for a month long tour of the South African coastline, as part of a Greenpeace campaign to highlight the fact that renewable energy investments are the solution to the current electricity crisis.

The environmentally friendly ship will dock at Cape Town’s V&A Waterfront in South Africa from the 9th – 16th of February. The ship was welcomed by jubilant Greenpeace Africa staff and volunteers, and entered South African waters bearing a banner that read ‘Renewable energy is the solution’. 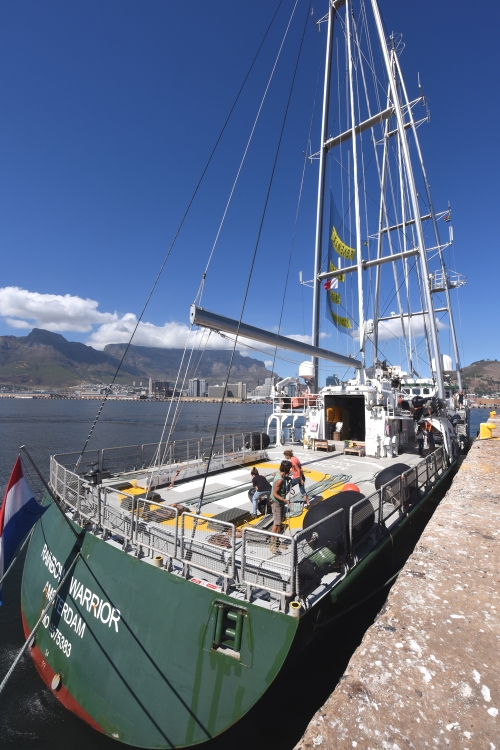 “Welcoming the Rainbow Warrior in South Africa at a time when the country is threatened by stage 3 load shedding is really important for Greenpeace Africa. The country is in crisis, and it is clear that the solution to load shedding is not more investments in coal and nuclear, but lies in removing the barriers to renewable energy. The ship will be used to highlight how renewable energy puts power back into people’s hands, and is already delivering on time and on budget” said Greenpeace Africa Executive Director Michael O’Brien Onyeka. 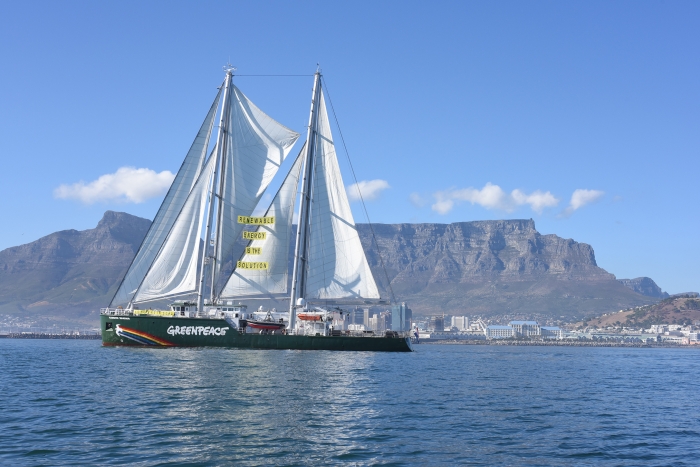 “Greenpeace Africa campaigns for a just transition away from coal and nuclear energy and towards a clean energy future based on renewable energy in South Africa. The return of the Rainbow Warrior is a true honour for Africa, and we are confident that this visit will empower Greenpeace Africa with the tireless spirit of the global organisation that is required to win major campaigns and build on the successes achieved so far on the continent” added O’Brien Onyeka.

“The Rainbow Warrior is an important campaign tool for Greenpeace globally, in order to expose environmental crimes and advocate for solutions for the many citizens that are suffering from environmental injustices. Having the Rainbow Warrior here today is a reminder to our leaders on the continent, that the time to act is now, we cannot, and we should not destroy our legacy to our children” ended O’Brien Onyeka.

During the ship tour, there will be open boats in Cape Town, Port Elizabeth and Durban when the Rainbow Warrior will be open to the public for tours of the ship. For Greenpeace Africa, this is a way to say thank you to all our supporters who have and continue to support our campaign for a South Africa that is powered by clean renewable energy.