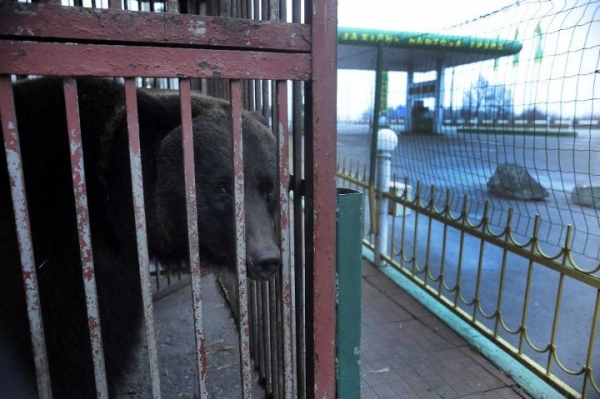 Rosa, a 5 years old female bear is in a cage beside the road, near a gas station in Letyn (aprox. 400 km away from Kiev). Image: Mihai Vasile

Four Paws International Animal Welfare Organization has successfully rescued a 5 year old brown bear named Rosa, after two days of careful negotiations with her owner, to release her from captive employment as a roadside entertainer in the Ukraine.

Rosa was transported by FOUR PAWS last month to the bear Rehabilitation Centre at the National Nature Park Synevyr, officially opened after successful signing of cooperation agreements between FOUR PAWS and the Ukrainian Ministry of Environment and Natural Resources.

“The owner of Rosa gave her up freely and is happy that she will live a better life” stated Dr Amir Khalil, Director of Project Development for FOUR PAWS International.

Rosa was given to the owner of a petrol station some years ago by a zoo. She has lived in a small cage not bigger than 4 x 4 meters, next to a roadside gas station and motel. She had a poor diet, often given candies, sugar and coffee to drink. Forced to perform for passersby, Rosa lacked any appropriate enrichment and suffered terribly. 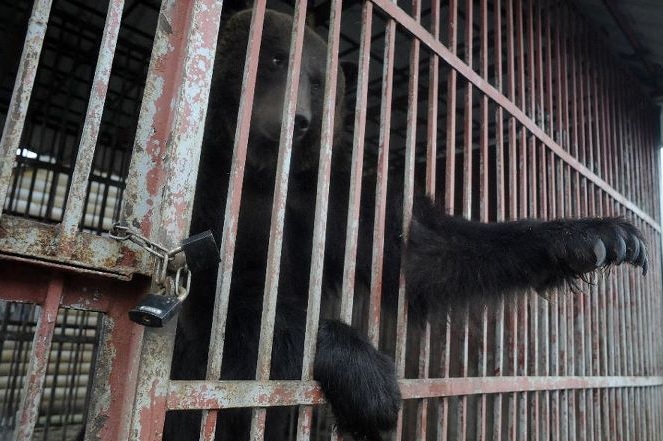 FOUR PAWS has received confirmed figures of 40 brown bears in terrible conditions across the Ukraine in private captivity, in restaurants, hotels, roadside petrol stations, and zoos. Many of these bears have been forced to drink vodka or beer, and are referred to as ‘vodka’ bears.

“Rosa will now have a life suitable to her species in an environment as close as possible to her natural habitat” said Dr Khalil “She represents hope for the brown bears of the Ukraine and we commend the Ukrainian Authorities for banning the keeping of bears in private captivity”
Rosa, weighing over 150 kilograms, will be carefully monitored and cared for by FOUR PAWS bear specialists, helping her settle in to the Park and also sharing knowledge with the Park staff in bear keeping.

FOUR PAWS is appealing for support for their efforts to rescue the captive bears of the Ukraine. 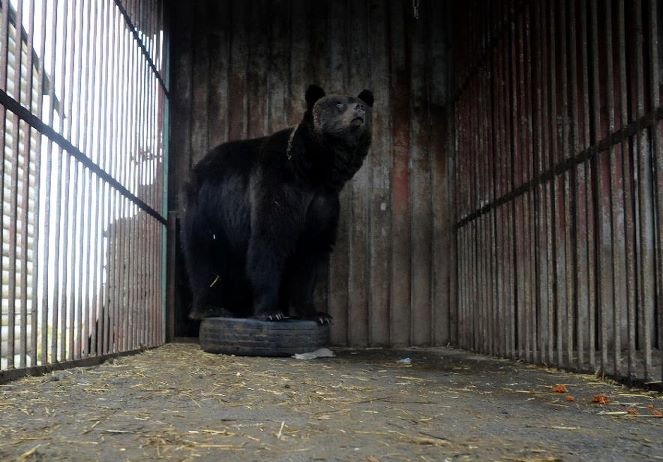 Rosa was the first bear rescued with the support of FOUR PAWS. Image: Mihai Vasile

In August the Ukrainian Minister of Environment and Natural Resources announced that they are banning the keeping of brown bears in poor private captivity. These include bears forced to drink vodka and perform in restaurants and hotels for money. Other bears in poor captive conditions can also be found on road sides next to petrol stations.

Tuesday 13 December was the official opening of the brown bear Rehabilitation Center. The Minister was also there to cut the ribbon.

FOUR PAWS International will in future provide to the Synevyr Park a donated bear ambulance for the rescue and transfer to the Park 80 bears over the coming months. They will also assist in the rescue of confiscated bears, provide needed medical equipment, medicines and training for the staff at Rehabilitation Center.

It recalls the bear rescues and bear parks set up in Romania and Bulgaria in 2000’s. 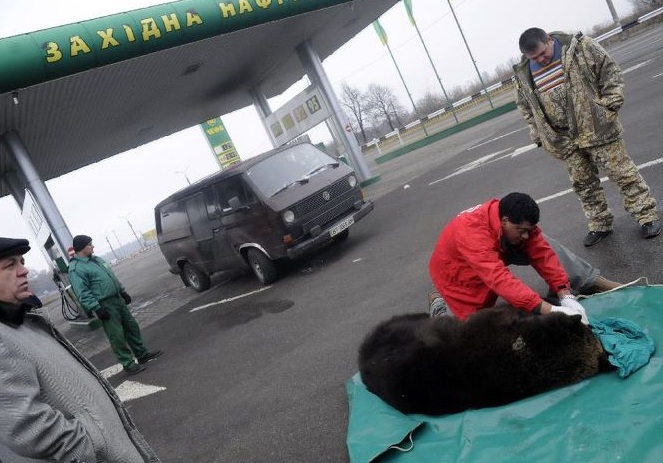 The Director stated that he was happy to have FOUR PAWS as partners, to assist with needed support for training, assistance with knowledge and know how on care, feeding and medical care and enrichment for the bears at the Rehabilitation centre in Synevyr.

The Minister said he was happy to be working together with FOUR PAWS, and that the positive step forward for the welfare of these bears is the focus.

Team leader Dr. Amir Khalil says he is happy that FOUR PAWS can be a partner in this great project, and that there will be an end to the cruel treatment of brown bears. The Ukrainian country has come a long way. The bears will now be pensioned, and no longer be forced to work. However there remains a very long road ahead. 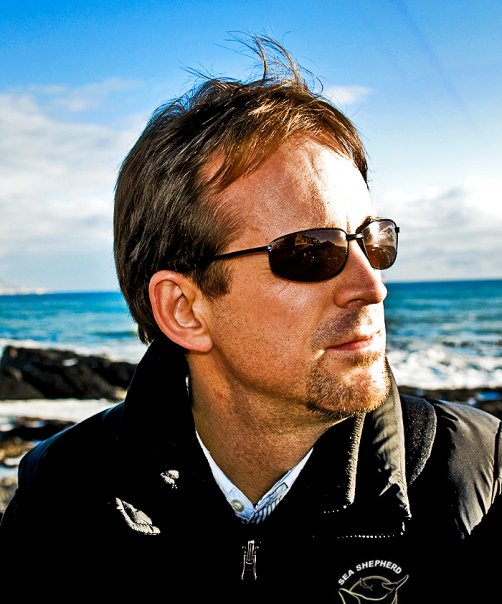